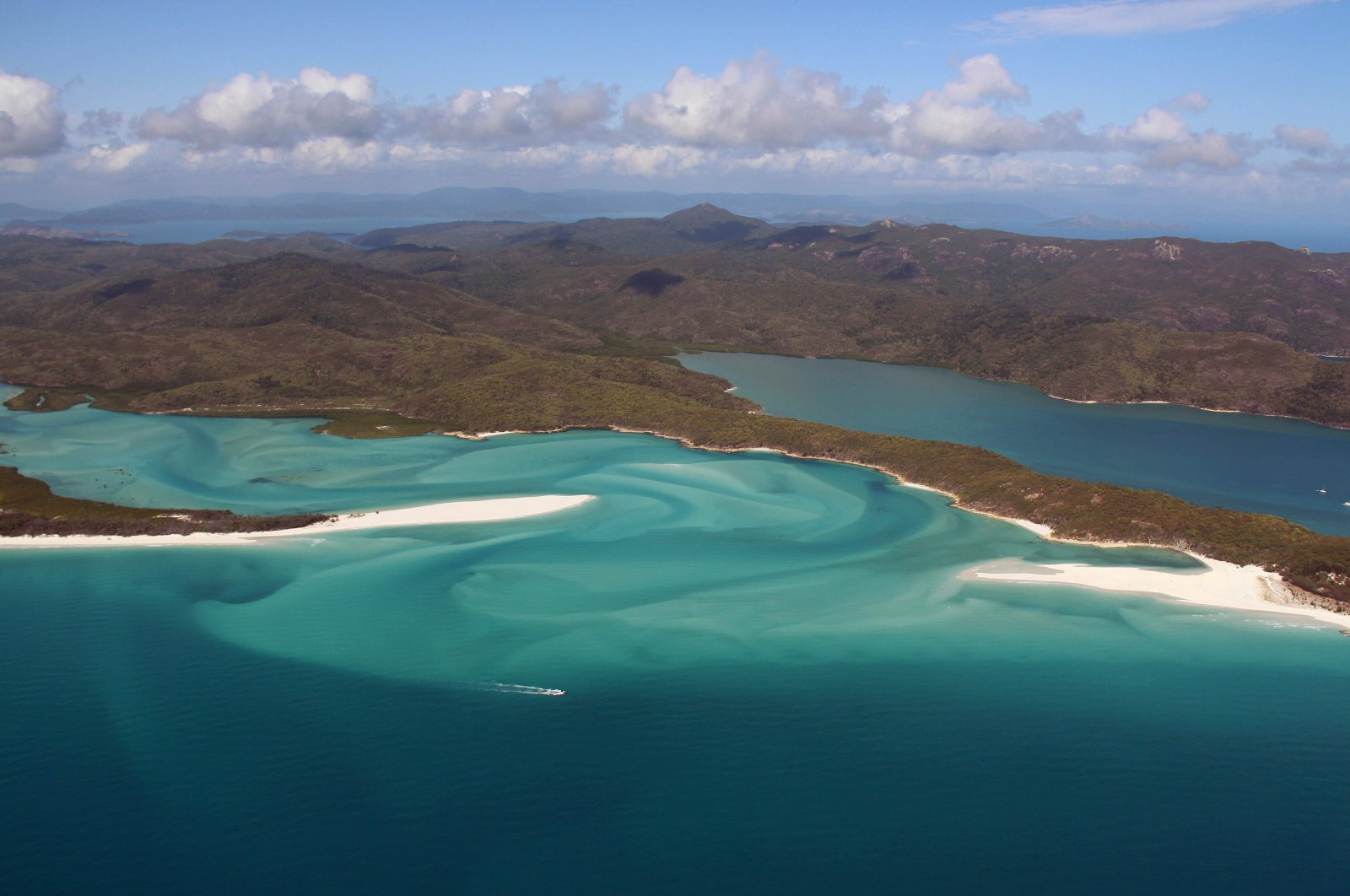 An aerial view of the Great Barrier Reef off the coast of the Whitsunday Islands, along the central coast of Queensland, Australia, Nov. 20, 2014. (AFP Photo)
by ASSOCIATED PRESS Dec 03, 2020 1:38 pm
RECOMMENDED

We all know about the dangers of climate change – but now a leading conservation agency says that Australia's Great Barrier Reef and dozens of other U.N. heritage sites are facing a severe threat from its effects.

Climate change that has had an impact on the shrinking of glaciers, increasing fires, floods and droughts and bleaching of coral reefs are among the troubles facing 83 of the 252 World Heritage Sites listed by UNESCO, the U.N. cultural agency.

The International Union for Conservation of Nature, made up of governments and civil society and which advises UNESCO on the natural threats to those sites, says 16 sites have deteriorated since the last IUCN World Heritage Outlook was released three years ago, while only eight improved.

"A couple of sites have gone critical from 2017. The Great Barrier Reef in Australia and the islands and protected areas of the Gulf of California, we've seen head in unfortunate directions," says Peter Shadie, the director of IUCN's World Heritage Programme.

"The big issue is now that climate change is the most pervasive of all threats and a third of all the natural sites are now showing or assessed as having impacts from climate change."

The report says the Great Barrier Reef, where ocean warming, acidification and extreme weather have added to the coral decline and shrinking marine species populations, were one of four sites in Australia under "very high" threat.

The islands of protected areas in the Gulf of California in Mexico have also entered the "critical" category in the listing. Spain's Garajonay National Park, Olympic National Park in the United States, and Mexico's Monarch Butterfly Biosphere Reserve are among those under "very high" threat.

"There's also more evidence, there's been more studies done, there's more understanding I think of the vulnerability of these systems and the body of evidence is, unfortunately, growing that this threat is all-pervasive and having its impact on almost all types of ecosystems that are within these types of properties," says Shadie.

The report says 63% of sites are classified as "good" or "good with some concerns," and 30% are of "significant concern" and 7% are "critical."

"The issues here I think show us what is at stake, some things cannot be adapted, cannot be mitigated against, and some things, once they're lost, cannot be replicated so these are the irreplaceable places on the planet that are critical to all of our identity and it's both sad to consider the loss of these places but also very alarming in the sense of what can be done," says Shadie.

In a difference from the previous two IUCN reports, climate change has eclipsed "invasive alien species" – such as when foreign rodents, fish or plants are transplanted, accidentally or not, to new environments – as the most potent threat against such sites. Human activities like tourism, hunting and fishing, and livestock grazing have also had an impact.