Coral in Egypt's Red Sea under threat as oceans warm 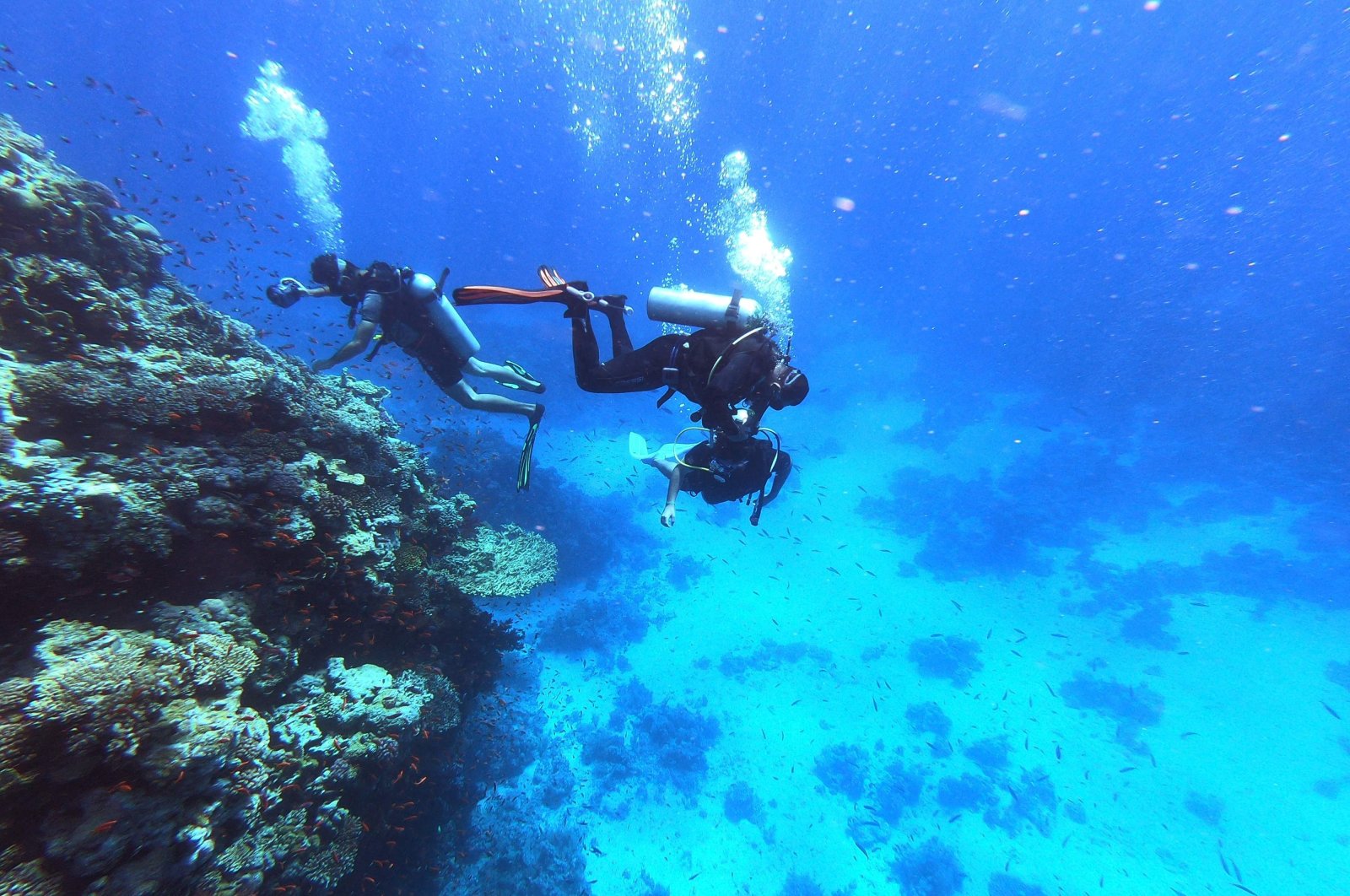 The Red Sea's brilliantly colored corals, a natural wonder, are now under threat because of climate change.

"If they disappear, we'll disappear with them," says Egyptian diving instructor Mohamed Abdelaziz of the vibrant corals on the reef, a species-rich ecosystem just below the turquoise waters that is beloved by diving enthusiasts worldwide.

Coral reefs – often dubbed the "rainforests of the oceans" for their rich biodiversity – are under threat everywhere as rising sea temperatures and acidification cause catastrophic "bleaching" events.

Along with pollution and dynamite fishing, global warming wiped out 14% of the world's coral reefs between 2009 and 2018, says a new survey by the Global Coral Reef Monitoring Network, the biggest ever carried out.

Some studies have suggested that many species of coral in the Red Sea – which is also bordered by the Saudi peninsula, Sudan and Eritrea – are unusually heat-resistant, but local professionals say they have already witnessed the damage.

"We can see the effects of global warming before our eyes," said Islam Mohsen, 37, another local diving instructor at the resort town of Sharm el-Sheikh.

"We can see the coral discoloring and turning white."

Coral reefs cover only a tiny fraction – 0.2% – of the ocean floor, but they are home to at least a quarter of all marine animals and plants.

The Red Sea and Gulf of Aden boast the most biologically diverse coral reef communities outside of Southeast Asia.

The Red Sea – with just over 5% of the world's coral reefs – is home to 209 types of coral, according to Egypt's Ministry of Environment.

The new global survey said that live hard coral cover in the region fluctuated over recent decades but declined overall, from 36.1% in 1997 to 34.3% in 2019.

Steps have been taken in Egypt to protect reefs and marine life that are crucial to the local tourism sector.

Egypt's Chamber of Diving and Water Sports – which oversees 269 diving centers and over 2,900 professional divers – has protected fragile areas with buoys to keep boats from mooring.

It has also suspended beginners' diving classes in some areas to allow damaged reefs to recover.

But the largest looming threat, far harder to fix, is global warming.

These are pushing many species of corals past their limits of tolerance.

"So not only will the temperature increase, but the PH level will change too," affecting all animals with shells, she said. "We will lose a lot of wildlife, and the ecosystem will be changing in a way that affects us as humans in terms of resources.

"The coral reefs are nurseries to baby fish and feeding ground to bigger fish... it's an essential part of the ecosystem."

Sharm el-Sheikh hosted a United Nations agencies conference in 2018 that called for the protection of coral reefs "before it's too late."

Egypt also plans to host the Climate Conference of the Parties (COP27) in November next year.

A report by the Intergovernmental Panel on Climate Change has warned that up to 90% of coral reefs "may be gone by mid-century" even if the rise in temperatures stabilizes below 1.5 degrees Celsius (2.7 degrees Fahrenheit).

Jones warned that, as things stand now, climate change and its impacts can no longer be reversed – only slowed – to prevent the worst consequences.

"Even if humans completely disappear from Earth tomorrow or we stopped producing any kind of emissions," she said, "the temperature will continue to rise by itself."