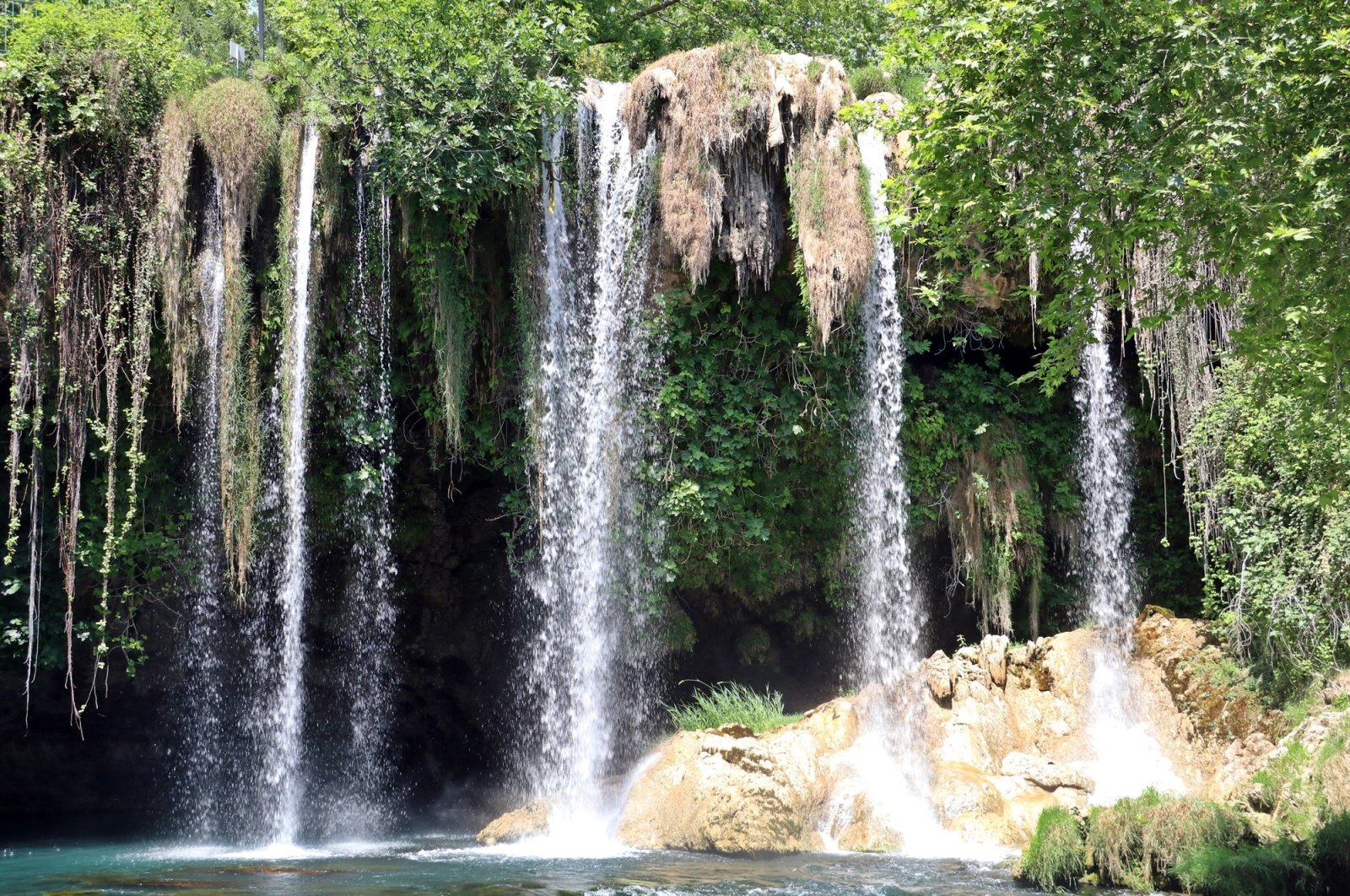 As the coronavirus pandemic spreads across the globe, we have seen jellyfish and octopuses gliding through the canals of Venice, dolphins taking over the Bosporus in Turkey’s Istanbul and mountain goats out on the town in Wales in the United Kingdom.

Nature has been taking back cities all around the world, and Turkey is no exception.

Located in Turkey’s southern province of Antalya, the famous Düden Waterfall, which is usually visited by around 700,000 tourists every year, has been under lockdown for the past month. Well, so far, we can tell, it was definitely needed.

The waters of the waterfall have become clearer amid the COVID-19 pandemic as the lockdown provided a needed break from the thousands of tourists coming to visit it every day.

Though Düden has been closed to tourists, Antalya Metropolitan Municipality teams have continued their efforts to clean the waterfall throughout the month.

Düden Waterfall Operation Manager Rıfat Ünal said there was a serious circulation of tourists at Düden Waterfall before the epidemic and that both local and foreign tourists were coming to visit.

Emphasizing that the water has been very clean in the last month, Ünal said: "We can observe that nature has cleaned and renewed itself. This is very obvious. In this epidemic period, nature is renewed in a real sense.”

Ünal also noted an improvement in the vegetation surrounding the waterfall.

Turkey has imposed several measures amid the coronavirus outbreak that have affected millions of people around the world.

In Turkey's most populous metropolitan, Istanbul, dolphins were seen by Galata Bridge this weekend, just off the shores of the city's historic peninsula, where usually dozens of fishermen would be enjoying the beckoning spring weather.