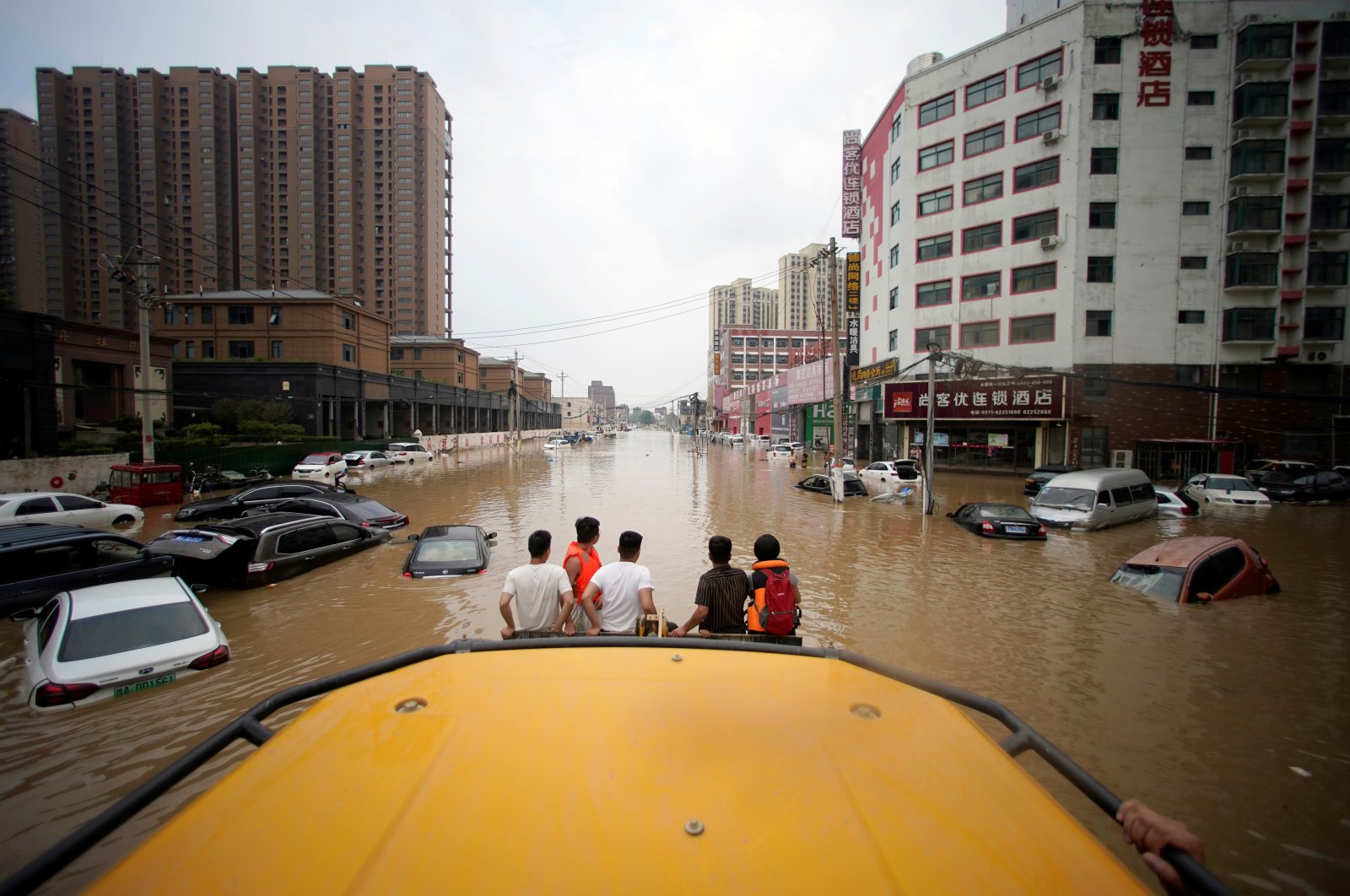 Around the world, deadly floods have claimed hundreds of lives only in this month, particularly in China and Germany, highlighting the stark effects of global climate change and the subsequent extreme weather events that have been foreshadowed to increase.

At least 25 people in the central Chinese province of Henan died on Tuesday, including a dozen trapped in a city subway as waters tore through the regional capital of Zhengzhou after days of torrential rain.

Coming after floods killed at least 160 people in Germany and another 31 in Belgium last week, the disaster has reinforced the message that significant changes will have to be made to prepare for similar events in the future.

"Governments should first realize that the infrastructure they have built in the past or even recent ones are vulnerable to these extreme weather events," said Eduardo Araral, associate professor and co-director of the Institute of Water Policy at Singapore's Lee Kuan Yew School of Public Policy.

In Europe, climate change is likely to increase the number of large, slow-moving storms that can linger longer in one area and deliver deluges of the kind seen in Germany and Belgium, according to a study published June 30 in the journal Geophysical Research Letters.

As the atmosphere warms with climate change, it also holds more moisture, which means that more rain is released when rainclouds break. By the end of the century, such storms could be 14 times more frequent, the researchers found in the study using computer simulations.

While the overflow that devastated wide swathes of western and southern Germany occurred thousands of kilometers from the events in Henan, both cases highlighted the vulnerability of heavily populated areas to catastrophic flooding and other natural disasters.

"You need technical measures, bolstering dikes and flood barriers. But we also need to remodel cities," said Fred Hattermann at the Potsdam Institute for Climate Impact Research. He said there was an increasing focus on so-called "green-adaptation" measures, like polders and plains that can be flooded, to stop water running off too fast.

"But when there's really heavy rain, all that may not help, so we have to learn to live with it," he said.

Reinforcing dikes and climate-proofing housing, roads, and urban infrastructure will cost billions. But the dramatic mobile phone footage of people struggling through subways submerged in chest-deep water in Zhengzhou or crying in fear as mud and debris swept through medieval German towns made clear the cost of doing nothing.

"It is shocking, and I have to say it is scary," said John Butschkowski, a Red Cross driver who was involved in rescue work in western Germany this week. "It is ghostly, no people anywhere, just rubbish. And it is inconceivable that this is happening in Germany."

One year's rainfall in three days

Koh Tieh-Yong, a weather and climate scientist at Singapore University of Social Sciences, said an overall assessment of rivers and water systems would be needed in areas vulnerable to climate change, including cities and farmlands.

"Floods usually occur due to two factors combined: one, heavier-than-normal rainfall and two, insufficient capacity of rivers to discharge the additional rainwater collected," he said.

In both China and northwestern Europe, the disasters followed a period of unusually heavy rain, equivalent in the Chinese case to a year's rainfall being dumped in just three days, that completely overwhelmed flood defenses.

After several severe floods over recent decades, buffers had been strengthened along major German rivers like the Rhine or the Elbe, but last week's extreme rainfall also turned minor tributaries like the Ahr or the Swist into fearsome torrents.

In China, built-up urban areas with inadequate water evacuation and large dams that modified the natural discharge of the Yellow River basin may also have contributed to the disaster, scientists said.

But measures such as improving the resilience of buildings and raising riverbanks, and improving drainage are unlikely to be enough on their own to avert the effects of severe flooding. As a last resort, warning systems, which were heavily criticized in Germany for leaving people insufficient time to react, will have to be improved.

"It really needs to be embedded in practical knowledge that people have so they know what to do," said Christian Kuhlicke, head of a working group on environmental risks and extreme events at the Helmholtz Centre for Environmental Research.

"If you can't keep the water back, if you can't save your buildings, then at least make sure that all vulnerable people are moved out of these places."