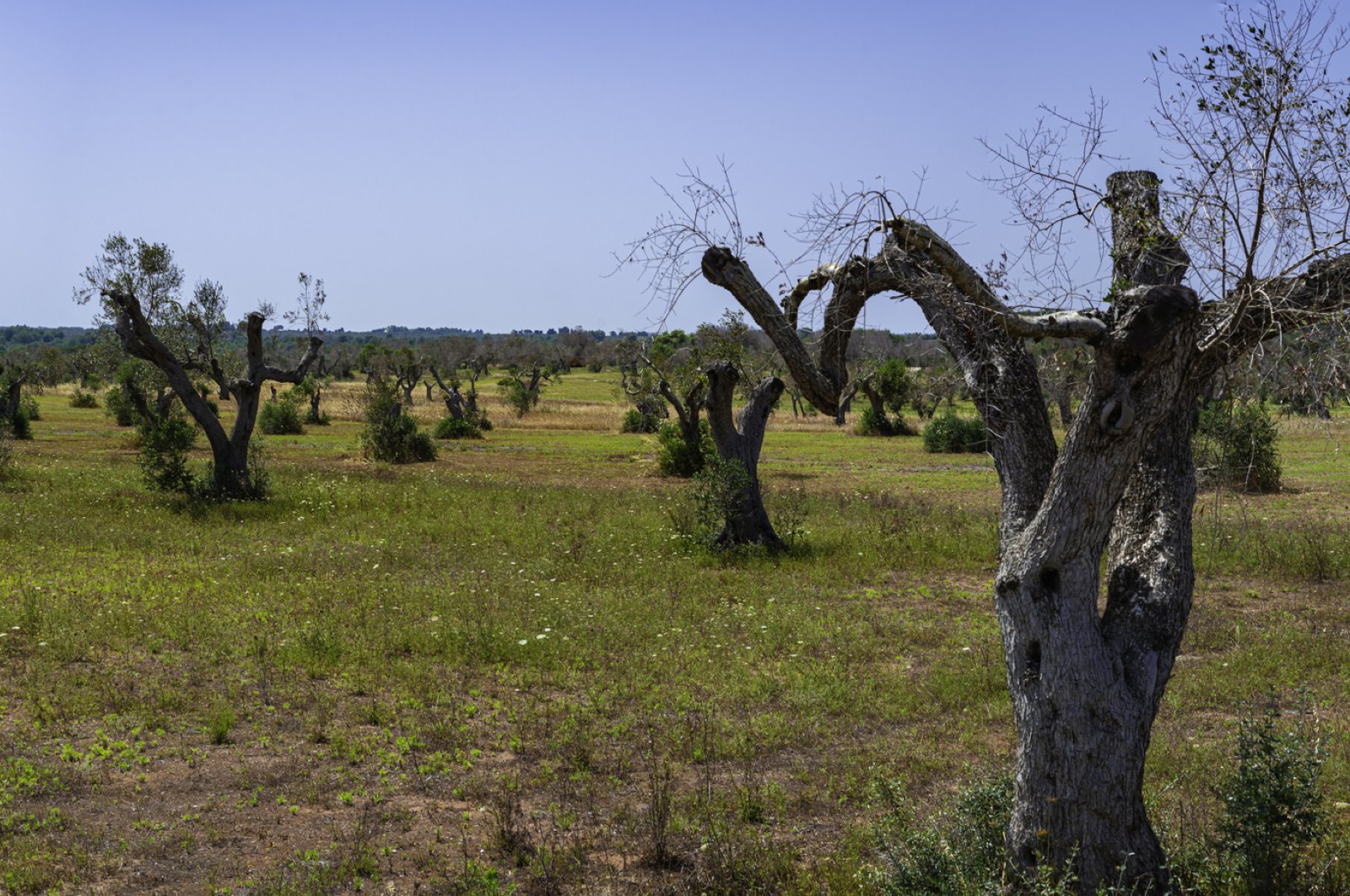 A recent study investigating a deadly pathogen affecting olive trees across Europe suggests its spread could potentially cause 20 billion euros' worth in losses to Mediterranean economies.

The research, which was published in the journal Proceedings of the National Academy of Sciences (PNAS), has investigated the possible future impacts of the Xylella fastidiosa pathogen, which has killed swathes of trees in Italy and is feared to spread to France, Spain, France, Portugal, Greece and beyond.

The bacterium is spread by sap-sucking insects such as spittlebugs and constitutes a potential threat to olive trees located from Spain and Greece as well, having already sown significant damage across Italy, a report by the British broadcaster BBC said Monday.

The pathogen is considered one of the most dangerous for plants worldwide, with no known cure. Besides olive trees, the Xylella can also infect cherry, almond and plum trees.

The infection limits a tree's ability to take in water and nutrients, causing withering and eventual death overtime.

Since the first discovery of the strain in olive trees in Puglia in Italy in 2013, which caused the pathogen to be closely linked with olive trees, it has caused an estimated 60% decrease in crop yields across the country.

Speaking to the BBC, Dr Maria Saponari of the CNR Institute for Sustainable Plant Protection in Italy, said: "The damage to the olives also causes a depreciation of the value of land and to the touristic attractiveness of this region.”

"It has had a severe impact on the local economy and jobs connected with agriculture,” Saponari added.

The recent study, which aimed to highlight the worst-case scenario linked to the infection, revealed projections for Italy, Spain and Greece, countries providing the majority of the continent’s olive production.

The research forecasted that if the problem spreads, Spain could lose up to 17 billion euros' worth of olive products over the next 50 years, while in a similar scenario for Italy, the amount would come to over 5 billion euros. Meanwhile, it was forecast that Greece could see losses short of 2 billion euros.

Lead author in the research, Kevin Schneider from Wageningen University in the Netherlands said: "The expected effect could be that there would be a shortage of supply,” noting that he “would expect that if prices go up, consumers will be worse off."