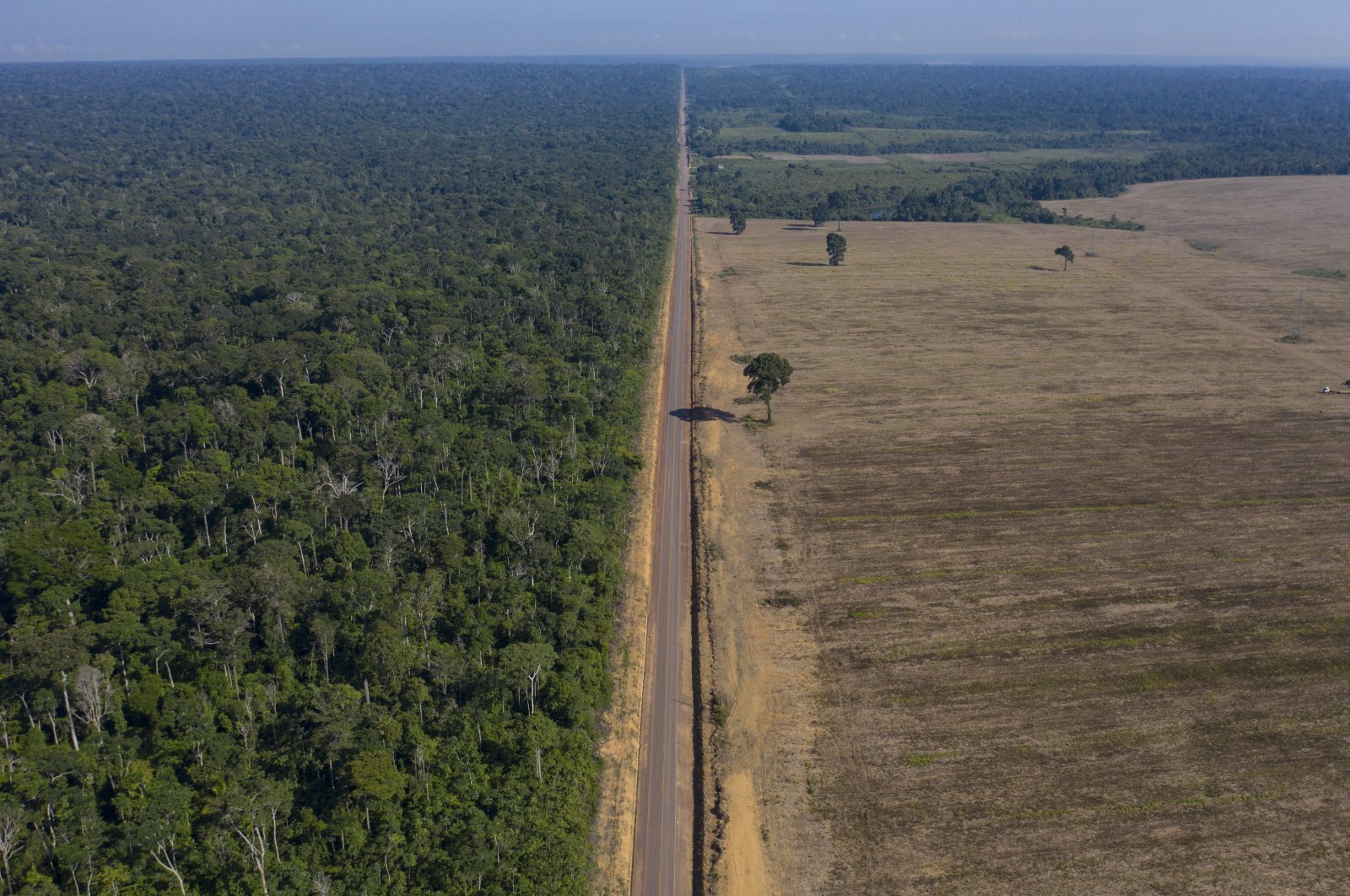 Team rescues turtle poisoned by wildfire in Turkey with oxygen

Amid the worsening climate change crisis, the deforestation of Brazil's Amazon continues to be a major problem, having hit yet another record last month.

The area of the rainforest that was destroyed – 580 square kilometers (225 square miles) – marked a new high for the month of April and a 42.5% year-on-year rise, according to satellite monitoring by the Brazilian space agency INPE. Its data goes back to 2015.

The level for March was also higher than 12 months earlier, and it followed two months of decline in the rainy season when logging activity decreases.

Despite the highs in March and April, for the first four months of the year the cutting of trees to provide lumber and clear land for agriculture was actually down 3.9% compared to the same period in 2020, INPE said.

The dry season, which peaks in July and August, is when most deforestation happens.

Records have been set in the past three dry seasons, INPE said.

The Amazon, the world's biggest rainforest, is considered vital to curbing climate change because of the carbon dioxide it absorbs from the atmosphere.

About 60% of the rainforest is in Brazil.

"Right now it is not possible to say what will happen, but in 2021 there could be a fourth straight deforestation record," said the Climate Observatory, a group of 63 NGOs and social organizations.

However, last month he pledged to "eliminate illegal deforestation in Brazil by 2030," 10 years earlier than initially planned.

Environmental NGOs have expressed doubt that Brazil under Bolsonaro will live up to this pledge.

"In 2021 there is no federal effort to control deforestation," the Climate Observatory said.

The government agency that carries out inspections in the Amazon "is doing nothing" and the process of punishing violators has been halted, it added.

A study published last week by the journal Nature Climate Change said the Brazilian Amazon released nearly 20% more carbon dioxide into the atmosphere over the last decade than it absorbed.

This report shows humanity can no longer depend on the world's largest tropical forest to help absorb man-made carbon pollution.

Team rescues turtle poisoned by wildfire in Turkey with oxygen