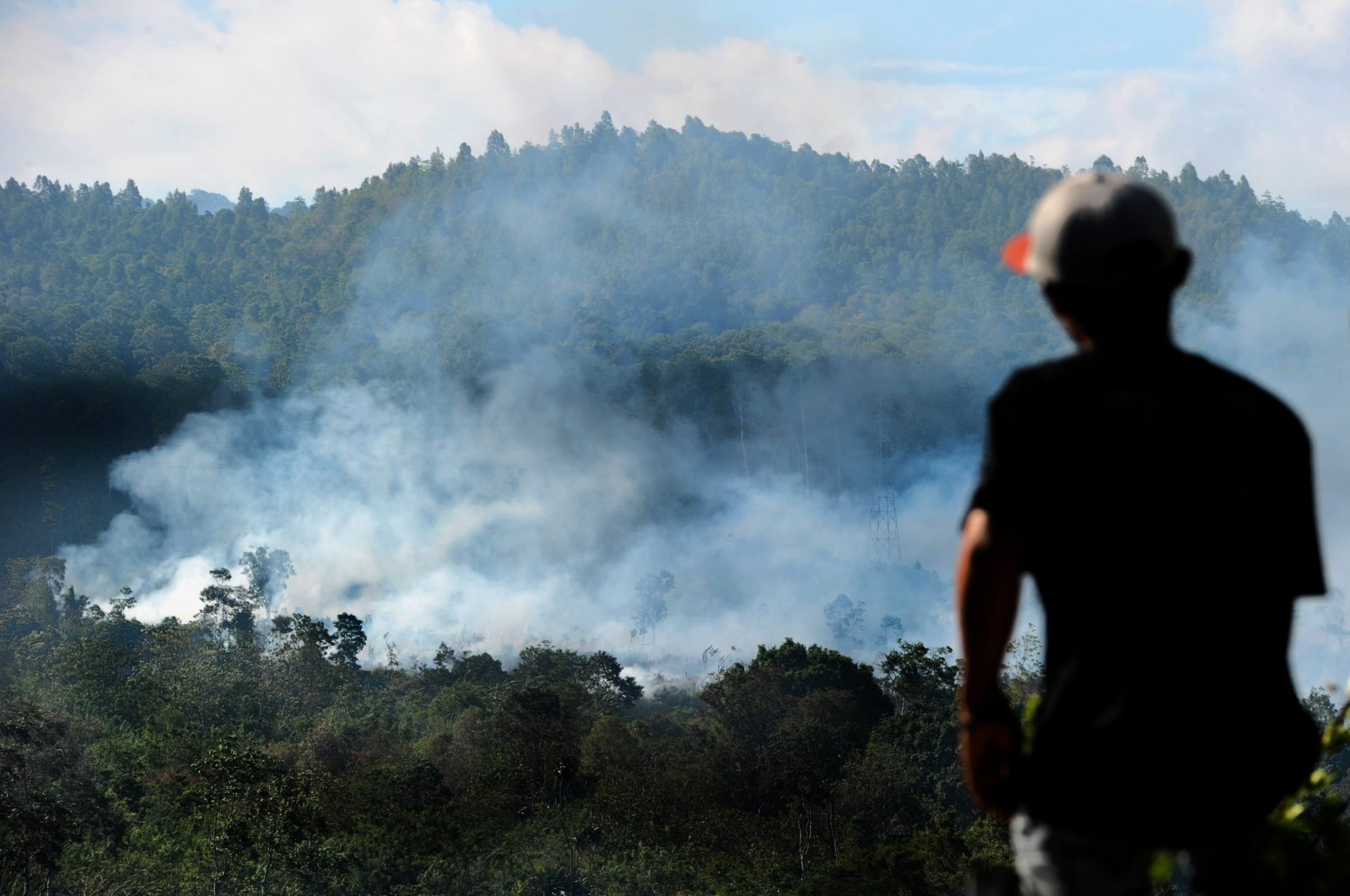 Indonesian rangers extinguish a fire in Seulawah in Aceh Province after the fire scorched hectares of pine trees, Oct. 10, 2016. (AFP Photo)
by Daily Sabah with Agencies May 22, 2020 5:57 pm
RECOMMENDED

A mass amount of forest land is still being lost each year despite a slowdown in deforestation trends in recent years, a United Nations agency report said Friday, while the destruction of tropical forests has accelerated rapidly during the novel coronavirus pandemic.

"Some 420 million hectares of forest have been lost through conversion to other land uses since 1990," according to The State of the World's Forests report.

But "despite a slowing of the rate of deforestation in the last decade, some 10 million hectares are still being lost each year through conversion to agriculture and other land uses," it added.

The report was jointly compiled by the Food and Agriculture Organization (FAO) and the U.N. Environment Program (UNEP).

The U.N. agencies argued that the "conserving and sustainably using nature" has become even more important in the wake of the COVID-19 crisis, as "people's health is linked to ecosystem health."

However, the statistics show an increase in destruction during the coronavirus outbreak, World Wide Fund for Nature (WWF) said on Thursday.

"Everything indicates that the explosive deforestation has to do with a coronavirus effect," said Christoph Heinrich from the WWF's Germany office.

"In many countries, the state has withdrawn from forest protection during the lockdown, which favours illegal logging and the looting of other resources," he added.

The WWF study, which used satellite data collected by the University of Maryland, found that tropical forests had shrunk by 6,500 square kilometres (about 2,510 square miles) in March in the 18 countries under investigation.

That was up 150% from the previous years, WWF said.