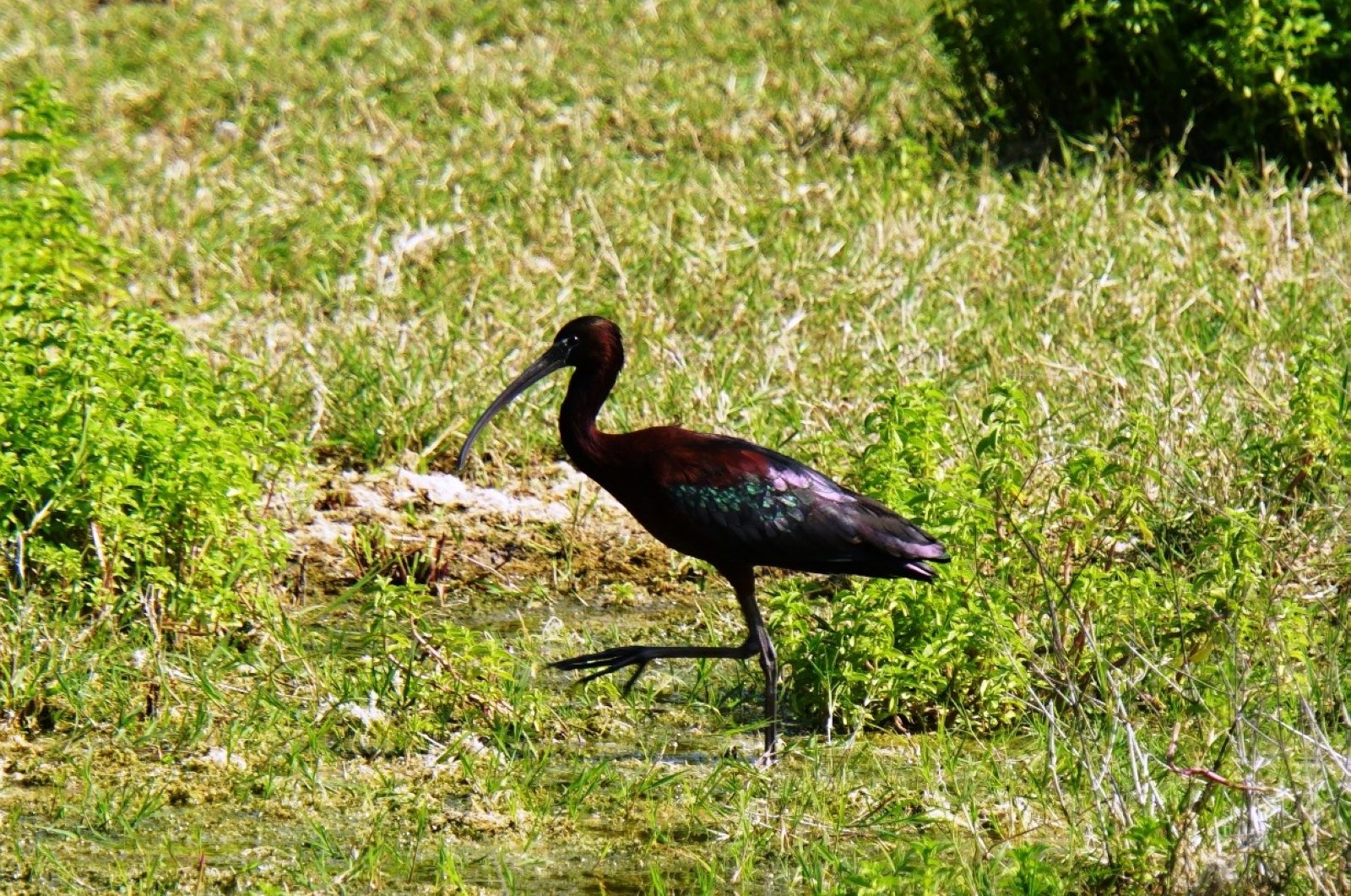 An endangered glossy ibis, known for its distinctive sickle-shaped beak, was spotted in the Bodrum coastal town of Muğla province for the first time on Monday.

Bodrum, a popular destination for beach vacationers, has fallen silent amid measures to prevent the spread of the novel coronavirus. The town’s world-renowned beaches, normally packed with tourists at this time of year, were empty over the weekend as police patrolled the shoreline to enforce a four-day curfew.

In the absence of beachgoers, wildlife has emerged to take their place.

The endangered glossy ibis can be seen in northwestern Turkey at Manyas Lake in Balıkesir province and Gala Lake in Edirne province and even passing through wetlands in Istanbul. However, the waterfowl species have never before been seen in southwestern Bodrum.

Amateur photographer Mehmet Can Meral photographed the ibis in a wetland in the Bitez district. The sighting excited conservationists, as the ibis is rarely seen and little is known about the important species.

Although many ibis used to breed and winter each year in Anatolia, their numbers began to decrease in the 1950s as many of their breeding grounds were destroyed. In 1950, there were over 2,500 pairs in Turkey. There are now believed to be less than 400 pairs, and that number continues to fall.

"While the wetlands in Anatolia and the species living in these areas are disappearing day by day, it is quite joyful to be able to record the breeding record of the glossy ibis,” Nature Conservation Association Program Coordinator Levent Erkol told Demirören News Agency (DHA) about the Bodrum sighting.

“The global coronavirus outbreak that threatens human health has shown how nature can regenerate itself with reduced human pressure,” Erkol said. “The important thing is not to increase the pressure on natural areas during the normalization process after the epidemic.”

He stressed the importance of protecting breeding grounds, particularly wetlands, through the cooperation of public institutions and local governments.

“As the wetlands are protected, the Bodrum Peninsula can host other surprising species such as the glossy ibis,” Erkol said.

The government had previously ordered a curfew for anyone 65 or older, who constitute those most vulnerable to the disease, and later extended the ban to people under 20 after it appeared that many young people, falsely believing they were safe from the virus, continued to gather to socialize.