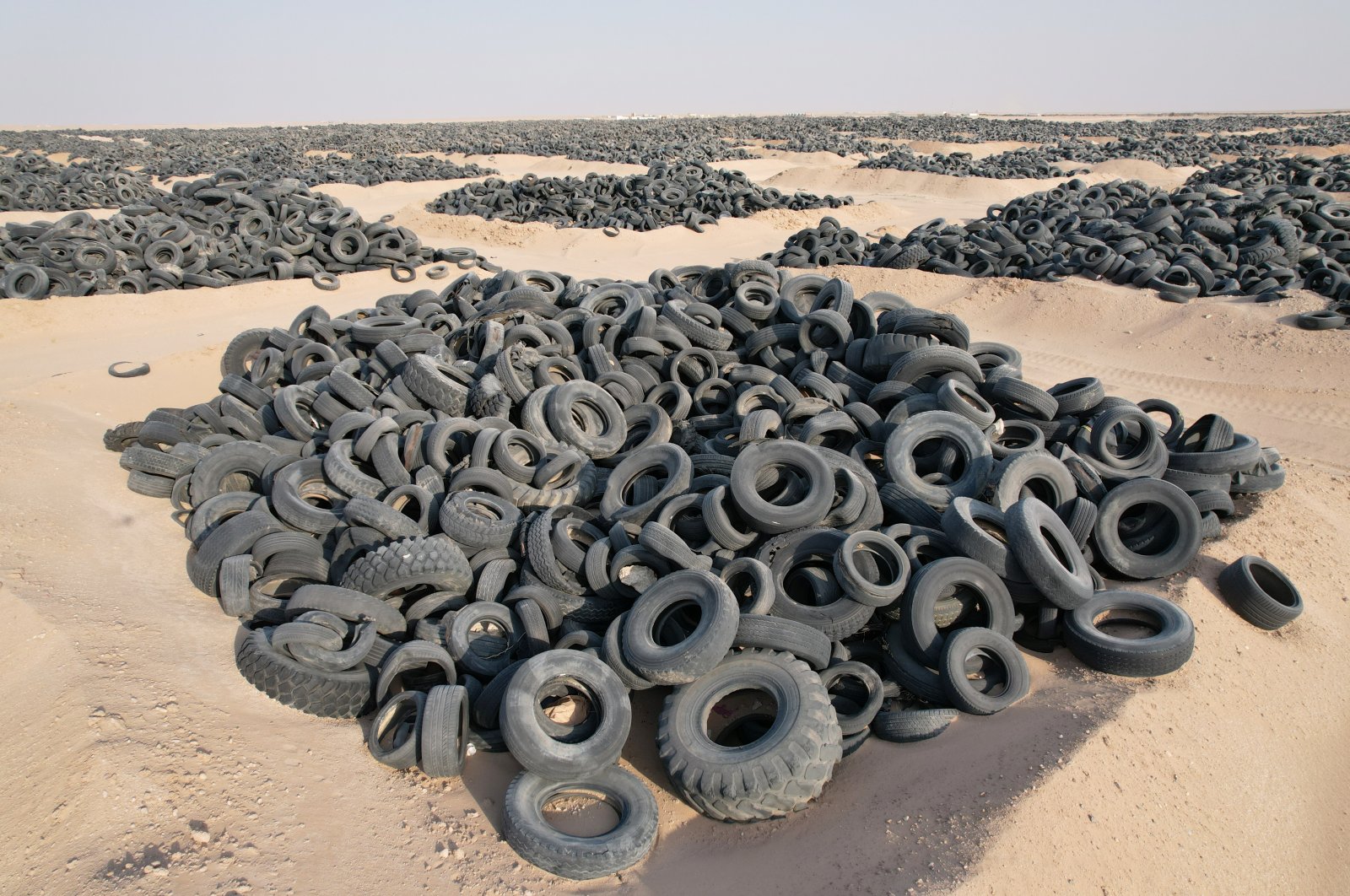 Kuwait is desperately trying to find a way to get rid of the world’s largest tire graveyard that has at least 50 million tires and could create environmental and health hazards, scientists say.

Located in the Arhiya area, 5 kilometers (over 3 miles) south of the city of Jahra, the graveyard contained 50 million tires, according to the previous statements by Kuwaiti activist Abdullah al-Bunyan.

The dumped tires, still to be disposed of, have been accumulated there over the past two decades.

Recently, a huge fire at one of the tire landfills on Salmi Road south of the country was brought under control as firefighting teams worked hard to isolate the fire from the rest of the tires, confining it to an area of 200 square meters.

The Arhiya tire crisis was first recorded in April 2012 when a large fire broke out in the tire landfills, attracting the world’s attention to the tire graveyard.

The April 2012 tire fire was followed by another fire in November 2019 that took a long time to put out.

Measures to dispose of tires

The Kuwaiti government is taking various measures to curb the hazardous impacts of these dumped tires.

Last March, the General Administration of Customs approved a request for a company to export 5 million used tires at the Arhiya site within nine months.

It also initiated the establishment of five factories to cut, recycle and export these tires.

Previously, the director-general of the Kuwait Public Authority for Industry, Abdul Karim Taqi, announced that 48 million out of 57 million tires were cut in Arhiya.

The government is also shifting the remaining tires to a new site in Salmi, designated for collecting damaged and used tires.

A Kuwaiti Municipal Council member, Hassan Kamal, told Anadolu Agency (AA) that "an area of 2 million square meters has been allocated for the establishment of tire recycling plants in Salmi."

He added: “The designated site will include about 52 plants to recycle tires, paper, and plastic.”

However, Hammoud al-Anzi, head of the Jahra Committee in the Municipal Council, told AA that the efforts made so far do not match “the challenge of the huge number of tires.”

He called on the government to involve community volunteers to dispose of the tires, and invite major transport companies and heavy equipment companies to contribute within the framework of social responsibility to accelerate the pace of tires’ disposal.