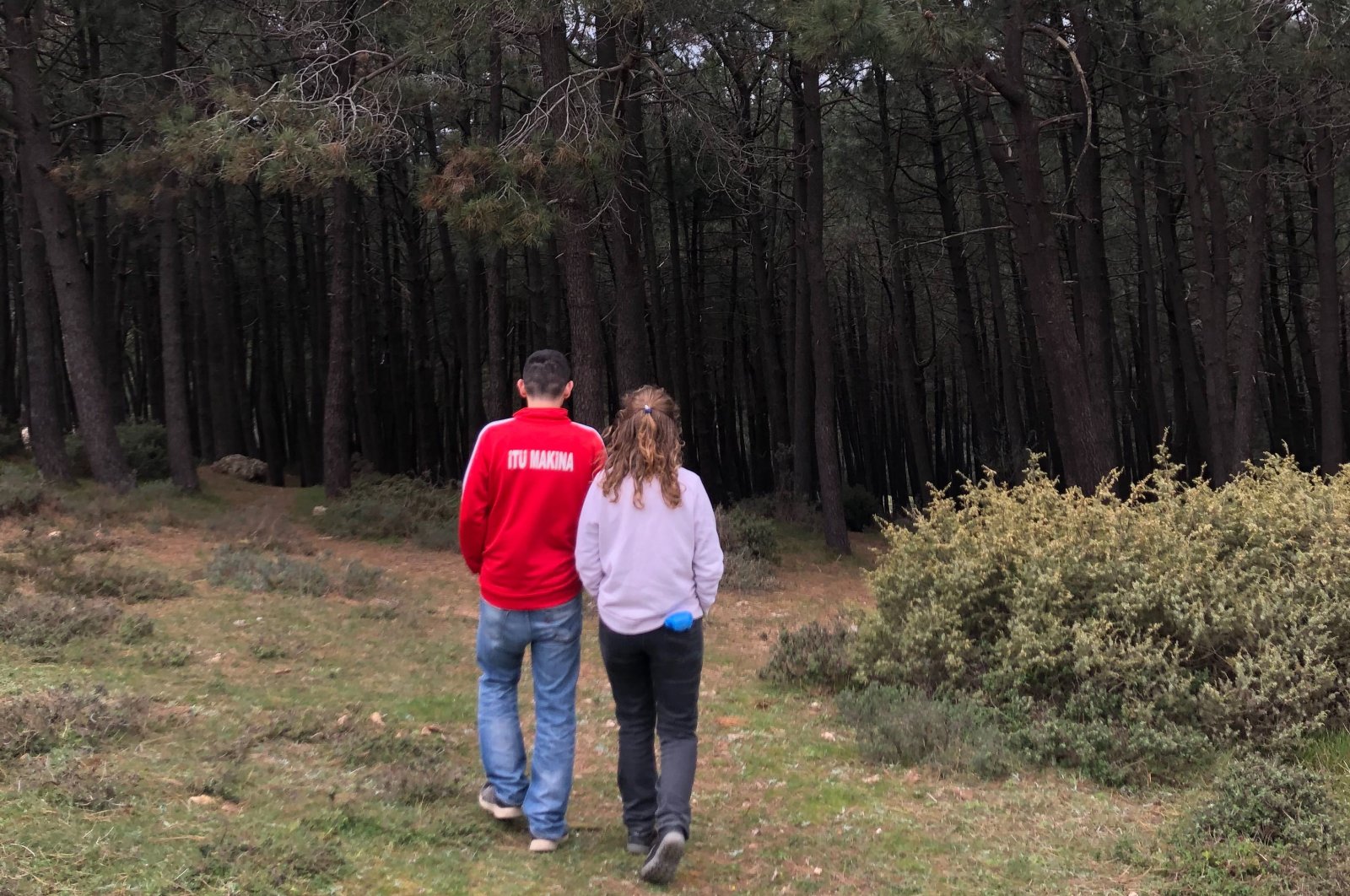 In times when people are growing ever-so intolerant and selfish, especially in big cities, a couple living in the chaotic jungle that is Istanbul is inspiring hope and optimism in people with their actions.

Meet the Akpaças, the nature-loving and conscientious couple in question.

Gabriela and Faruk Akpaça recently made the news after they were seen collecting all the garbage left behind by picnickers, just sitting there in the soil and polluting the ever-green Aydos Forest on Istanbul’s Asian side, located in the midst of Pendik, Kartal and Sultanbeyli districts. Their efforts caught the attention of Güven İslamoğlu, the producer and presenter of "Yeşil Doğa" (Green Nature), one of the longest-running environmental shows in Turkey that is broadcasted on CNN Türk.

What started off as a one-odd thoughtful gesture quickly became a part of their weekend routine. You see, both of them are nature lovers and loved spending time immersed in it. While they exercised and got a respite from the chaos of city life, they decided that cleaning up a bit was the least they could do.

Nowadays, they dedicate each of their weekends to go over a section of the forest, making sure they first start with materials like glass, which can take up to 1 million to 2 million years to decompose in the soil.

Potato chip bags, glass or plastic bottles as well as styrofoam is what they come across the most – all of which take a horribly long time to decompose, the couple learned, making them increasingly motivated to return each weekend in the hope of keeping the forest clean and green for all to enjoy.

If you met them, you’d fall in love with them immediately – yes, we might be a little biased because Gabriela is a part of the Daily Sabah team. She is the perfect American girl next door, down-to-earth, kind and naturally charming; while Faruk is a rarity nowadays. He is gentle, curious and thoughtful, a truly well-mannered small-town boy.

What makes them even more special is that they are a multicultural and interfaith couple. The two met in university during Gabriela’s exchange year in Istanbul. Their story started as one of solid friendship that later turned into a tale of love. After she graduated, she decided to move to Turkey and embark on a new chapter in her life. Despite all of their differences, the two decided love conquers all and got married this past September in Faruk’s scenic and tranquil hometown of Sapanca, just outside Istanbul.

They also recently welcomed a new addition to their family: Pati, a cute little rescue cat from the streets of Pendik.