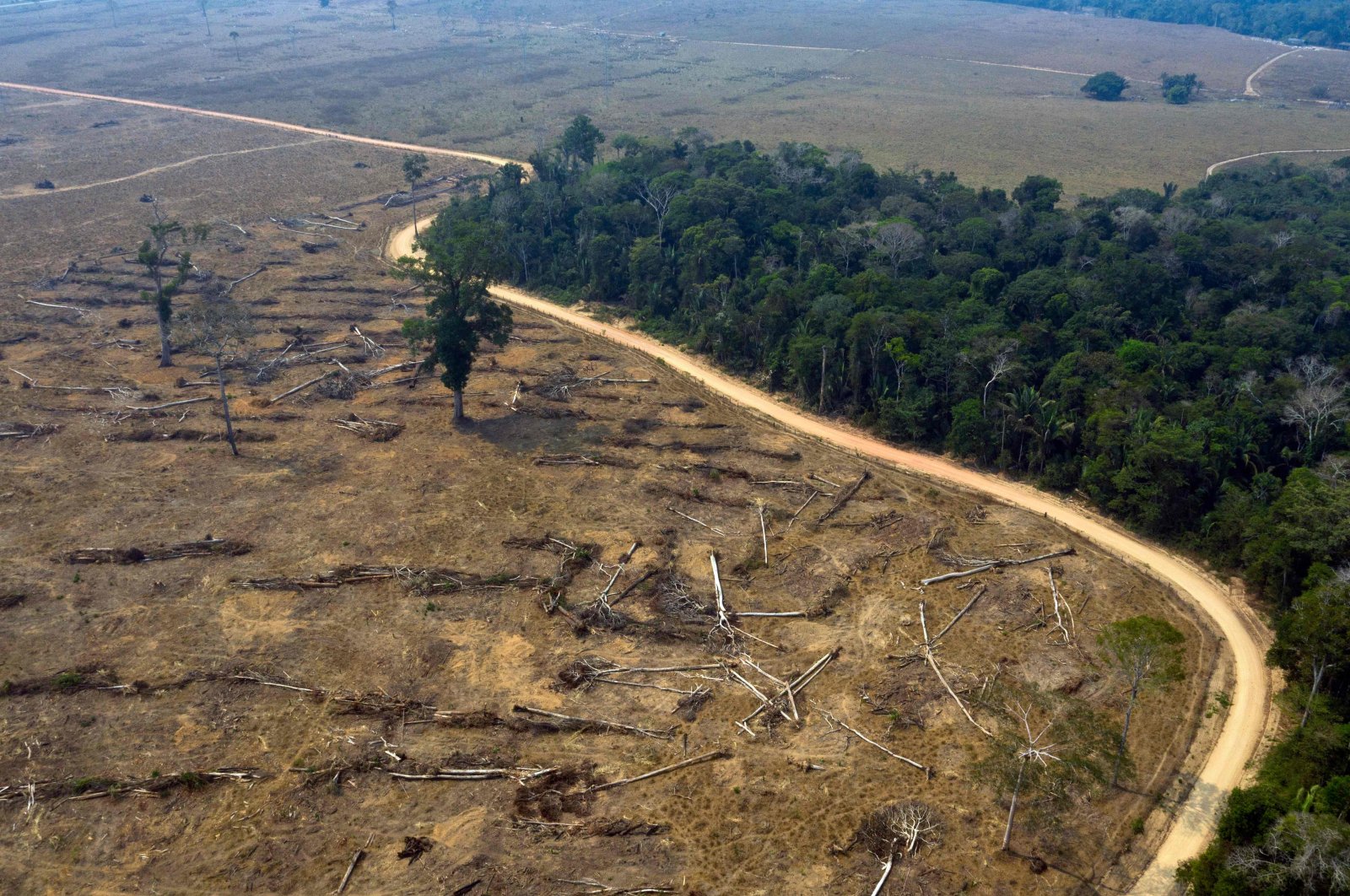 Last month was the second-worst August on record for deforestation in the Brazilian Amazon, according to official figures released Friday, sparking new criticism of far-right President Jair Bolsonaro's environmental policies.

A total of 1,359 square kilometers (525 square miles) in the Brazilian Amazon – 23 times the size of Manhattan –were lost last month, according to satellite data from Brazil's National Space Research Institute (INPE).

The figure triggered new warnings on the future of the Amazon, a year after worldwide outcry erupted over huge fires that devastated the world's biggest rainforest, a vital resource for curbing climate change.

Last year was the worst for deforestation in the Brazilian Amazon since INPE began keeping records in 2015.

Under international pressure, Bolsonaro responded by deploying the army to fight slash-and-burn agriculture and other causes of deforestation in the Amazon, about 60% of which is in Brazil.

His government has been quick to claim success. And indeed, deforestation last month was 20% lower year-on-year than 2019, the worst August on record.

But deforestation continues advancing at nearly the same pace as last year's crisis levels: the 6,087 square kilometers lost so far this year represent a drop of just 5% from last year, according to INPE data.

The August deforestation figure "is unacceptable, and more so considering that the army has been in the Amazon since May, supposedly to fight deforestation," said Marcio Astrini, executive secretary of environmental group the Climate Observatory.

"This is further proof that the military operation ... is not working."

Monthly deforestation has now exceeded 1,000 square kilometers seven times in all – six of them under Bolsonaro, who took office in January 2019.

"The devastation has reached a whole new level," Astrini said in a statement.

Critics accuse Bolsonaro of attacking the Amazon by slashing environmental protection programs and calling to legalize agriculture and mining on protected lands.

Adding to international concern, fires have recently been devastating the Pantanal, the world's largest tropical wetlands, a region famous for its wildlife.

Less than nine months into the year, the Brazilian Pantanal has already registered an annual record of 12,703 fires, according to INPE data.