First nest of 'murder hornets' found in US eradicated 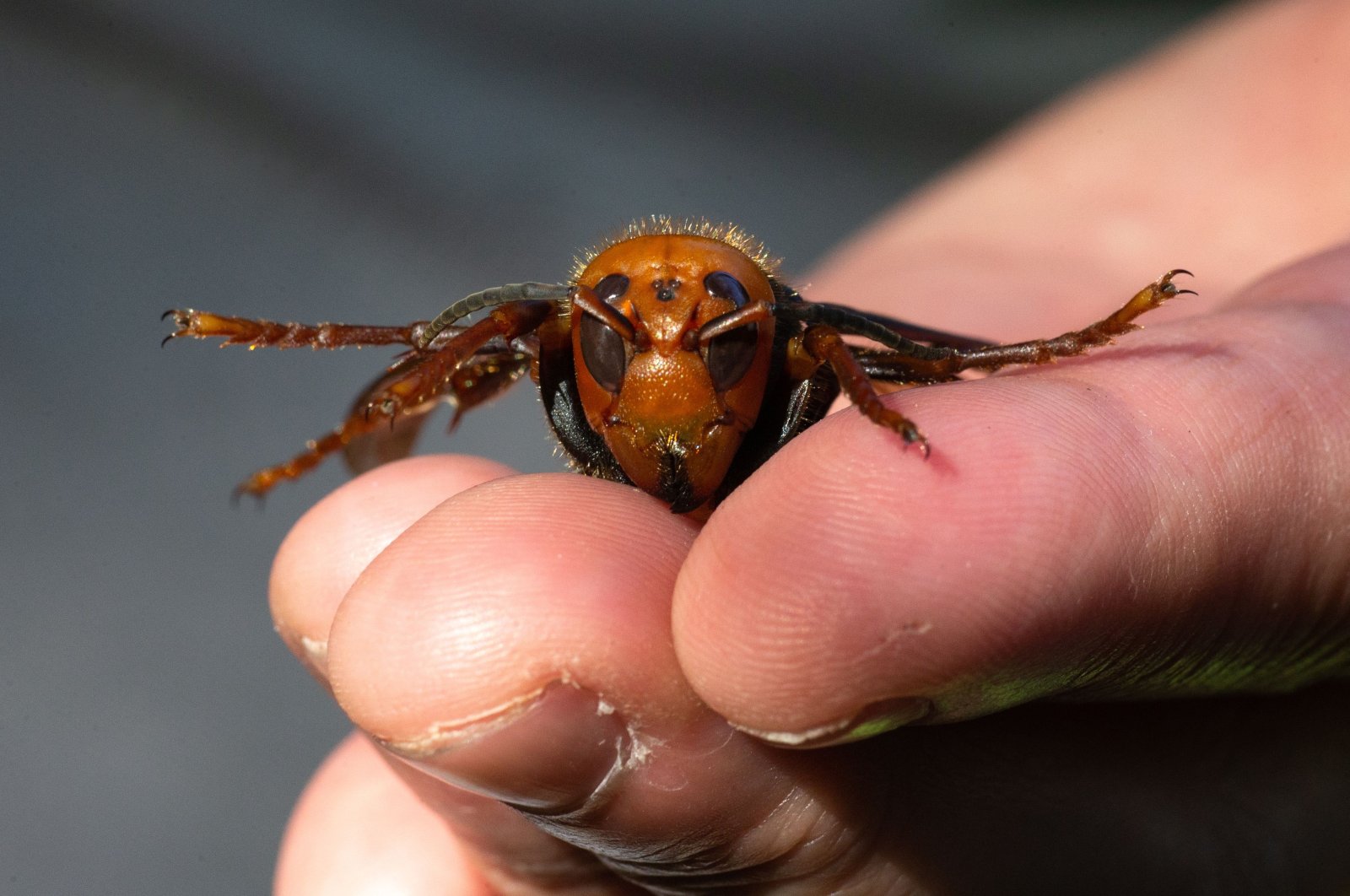 A sample specimen of a dead Asian giant hornet from Japan, also known as a murder hornet, is shown by a pest biologist from the Washington State Department of Agriculture in Bellingham, Washington, July 29, 2020. (AFP Photo)
by French Press Agency - AFP
Oct 25, 2020 11:00 am

Agricultural department workers wearing protective suits have eradicated the first nest of giant "murder hornets" discovered in the United States, vacuuming them out of a tree in Washington state.

The nest of Asian giant hornets was found on Thursday by Washington State Department of Agriculture (WSDA) entomologists on a property in Blaine, near the border with Canada, the agency said.

They spent weeks searching for the nest, trapping hornets and tracking them, using dental floss to tie tiny radio trackers on the insects, which are nearly 2 inches (5 centimeters) in length and have a painful sting.

Before dawn on Saturday, a team of workers dressed from head to toe in protective suits vacuumed the insects out of their nest in the cavity of a dead tree.

"Got 'em. Vacuumed out several #AsianGiantHornets from a tree cavity near Blaine this morning," the state agriculture department said on Twitter later Saturday, along with a video showing a mass of hornets in a transparent container.

It said the removal of the nest appeared to have been successful and more details would be provided at a press conference on Monday.

Scientists in Washington state have been actively searching for the Asian giant hornet since the first such insect was detected in December 2019 and after one of the wasps was trapped in July in Whatcom County, where Blaine is located. Canada also found Asian giant hornets in two locations in neighboring British Columbia.

Several more of the invasive pest not native to the U.S. were subsequently caught, all in the same region.

The WSDA believes there was a good chance that there are more nests, and "stopping this cold is very crucial," said Sven Spichiger, an entomologist with WSDA, during a press conference on Friday.

"If it becomes established, this hornet will have negative impacts on the environment, economy, and public health of Washington state," the WSDA said.

It is unclear how the hornets arrived in the U.S.

Scientists warn that unless the insect is eliminated in the next couple of years, it could spread in North America and become permanently established.

The hornets, which are native to East Asia and Japan, usually don't attack people but are known for decimating honeybee colonies.

The hornets slaughter honeybees by biting their heads off and then occupy the bee nests for up to a week or more, feeding on the pupae and larvae.

In Japan, where the insects are hunted and eaten, some 30 to 50 people die each year from their venomous and excruciating sting.