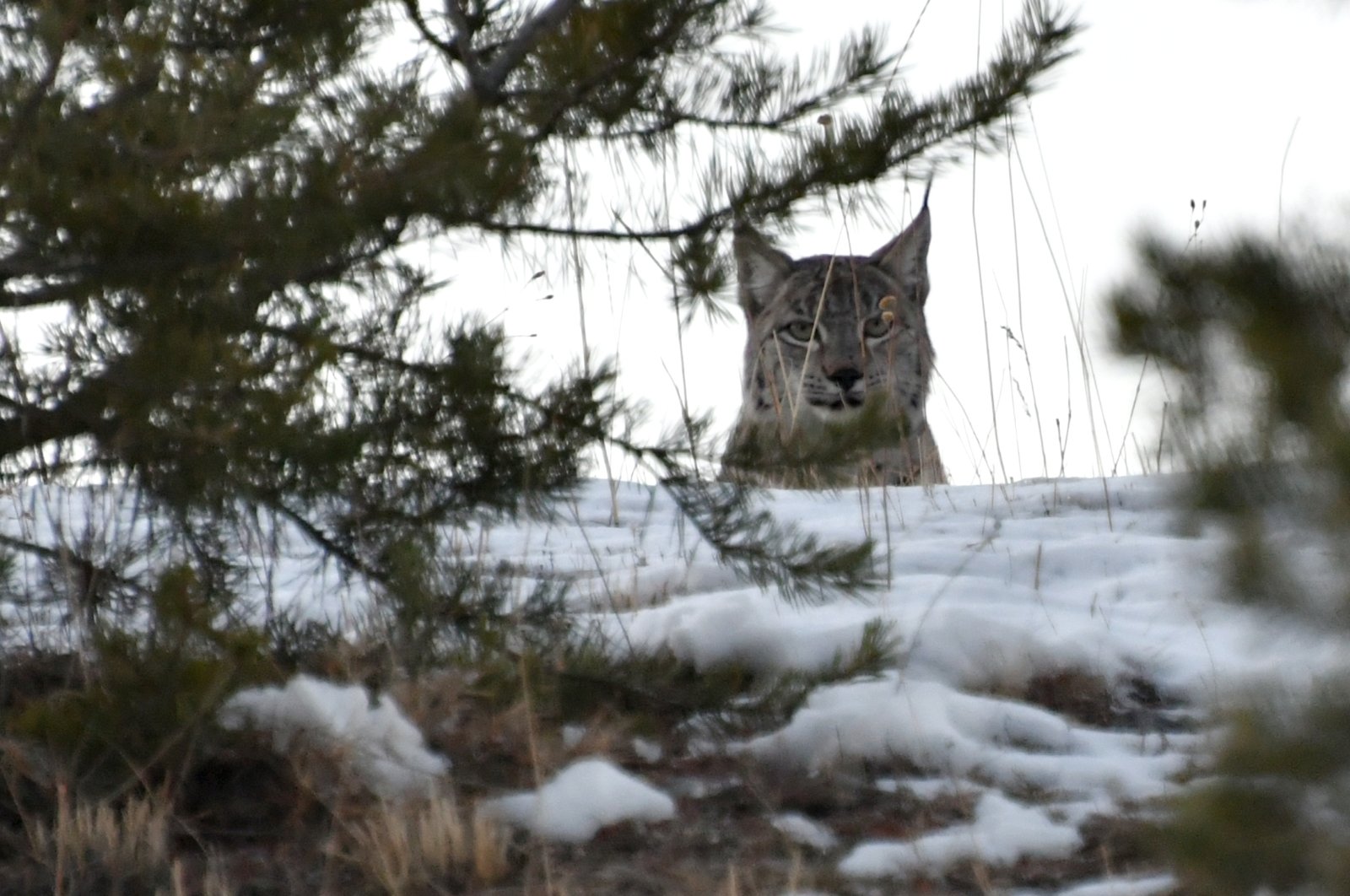 Almost impossible to spot because it hunts at night, an endangered "Caucasian lynx" was caught on film wandering in the snow-covered forests of Sarıkamış district in eastern Kars province. (AA Photo)
by Anadolu Agency Dec 08, 2020 10:55 am
Edited By Yasemin Nicola Sakay
RECOMMENDED

A Caucasian lynx, a nocturnal and endangered species known for being discreet, was spotted Monday among the Scotch pine forests of Sarıkamış in eastern Kars province.

Nicknamed "the ghost of the forest" because it hunts at night and rests during the day, the journey of the Caucasian lynx along the snow-covered terrain was caught on film by Anadolu Agency (AA).

Speaking to AA, Emrah Çoban, science coordinator at the Kuzeydoğa Association, said that their studies on Caucasian lynxes have been ongoing as part of the Biodiversity Conservation Project of Northeast Anatolia.

"Lynxes are very sensitive animals known as the ghosts of the forest. They can't be observed during the day because they hunt at night and rest during the day. They become more visible in their breeding time in winter. This monitoring also coincided with that time," Çoban said.

He noted that they managed to spot 15 lynxes in seven years in Sarıkamış and its forests, which are home to many wild animals.

"Some of the lynxes we track by satellite transmitter are female. Especially in this season, we try to observe them by following their tracks in the snow and getting closer to them with the signals from the satellite."

He said Sarıkamış is a very important place in Turkey for lynxes, and the forests are a natural habitat of both Eurasian and Caucasian lynxes.

"We cannot say anything about the population of lynxes in Sarıkamış yet because we are at the beginning of the study," he added.