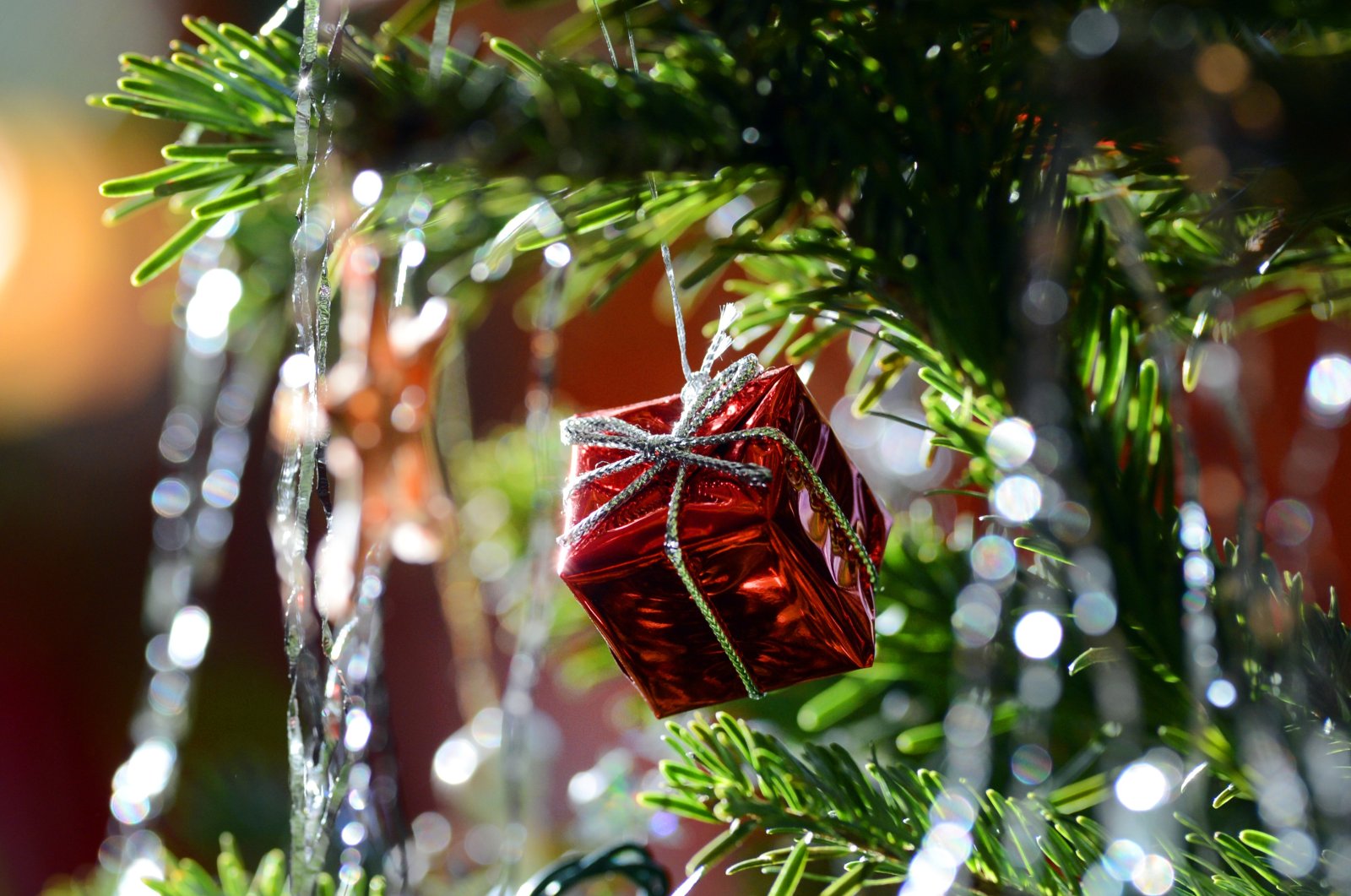 Those tiny strips of tinsel that get left behind mean the tree can't decompose naturally. (DPA Photo)
by Daily Sabah with DPA Dec 16, 2020 10:15 am
Edited By Yasemin Nicola Sakay
RECOMMENDED

Tinsel's popularity may have come and gone in waves, but there are a few reasons this post-war Christmas and New Year's Eve trend is overdue for a 21st-century update.

If you're using lametta, those thin strips of silver foil, you probably will not be bothered to remove all those glittery strands afterward. This contamination of the tree means it will likely end up in a landfill instead of decomposing naturally with other organic waste. Nature needs 450 years or more to completely decompose plastic products. What's more, older kinds of tinsel often contain lead and you'll need to dispose of these strings separately as hazardous waste.

Today's tinsel is generally made from polyvinyl chloride (PVC) film with a metallic finish or coated mylar film, and while these varieties can theoretically be recycled, with the former being much harder, most often the complexity and cost of this far outweigh the benefits. Environmentalists and arts and crafts pros are full of ideas for natural, homemade alternatives.

One environmentally friendly and no-hassle alternative to tinsel is straw, says Germany's Federal Environment Agency. It may not sparkle quite like tinsel, but it will decompose naturally and you'll be able to reuse any bits you take back off for next year.

If you still feel your tree needs to sparkle, you can always get the plastic version – though again, they need to be removed completely before you dispose of your tree.

If you're worried about whether your tinsel does contain lead, check how much it weighs by looking to see if the strings hang more heavily on the tree. Reassuringly, you won't get lead on your skin when you touch the tinsel though, as it's coated, the Federal Environment Agency says.

And if not, you can always forgo the tinsel; if you have lights and shiny or colorful Christmas ornaments, often the tree won't need much else.

The tradition of tinsel goes back to the 1600s to Germany's Nuremberg where the wealthy used to decorate their Christmas trees in shredded silver. They also used to place real candles inside trees, which reflected off beautifully from the silver. However, as time passed, as silver does, these expensive decorations became quickly tarnished and turned black or green from oxidation. This pushed people to search for different and ever-shiny alternatives, which brought along cheaper metals like copper, tin (aluminum) and lead tinsel. During World War I, as the military needed copper, aluminum saw a rise in use in homes, but this in itself created a fire hazard. Finally, people turned to lead, but then scientists revealed how toxic it was to human health. Modern tinsel is made from PVC and polyethylene terephthalate (PET).