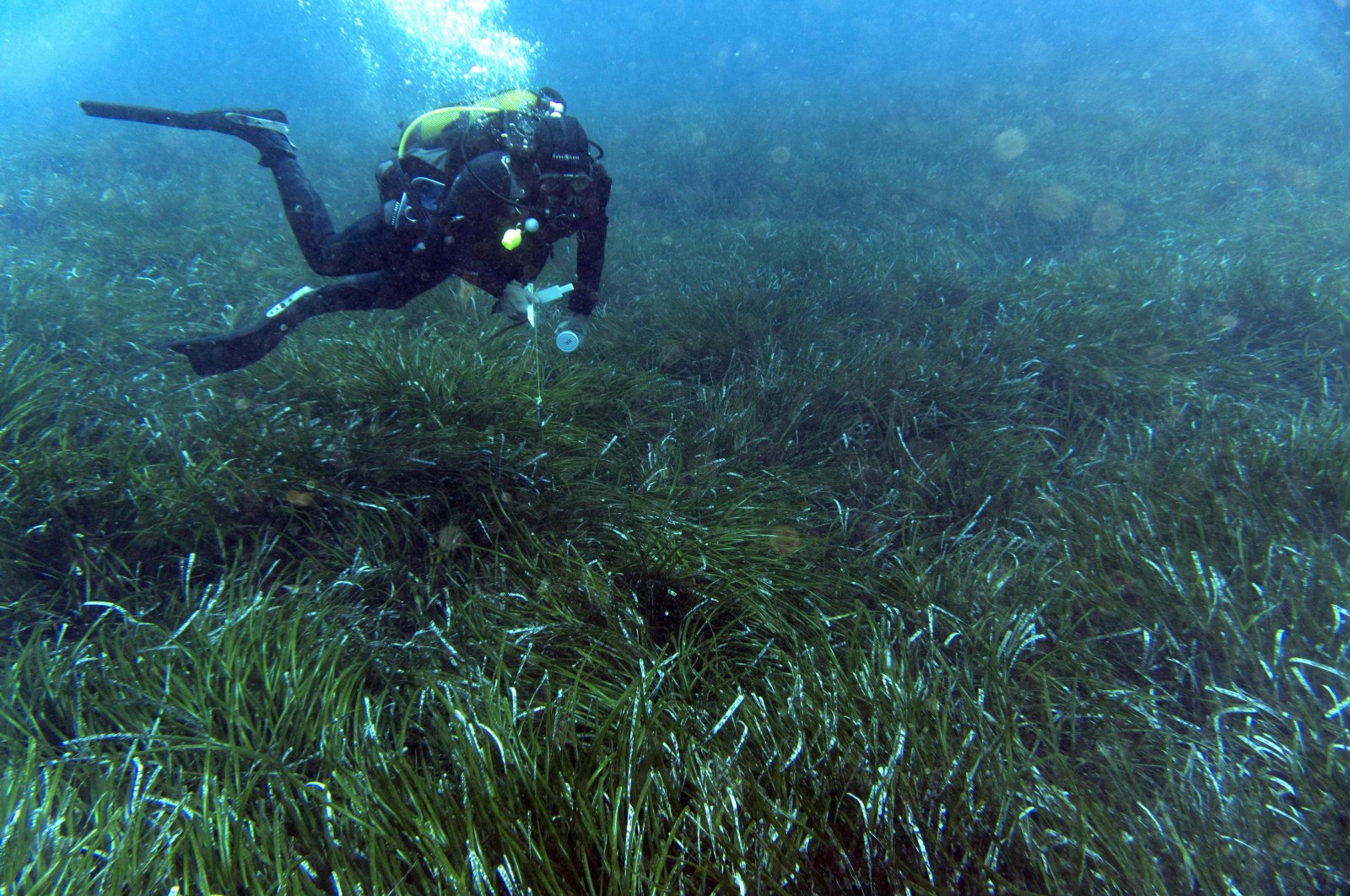 While unable to attract tropical fish like a coral reef and perhaps not as pretty to look at, seagrass provides not only a fertile breeding ground for many species of fish, but it also helps protect our coastlines from erosion even after it has died off.

With the world's biggest biodiversity summit set to kick off Friday in the Mediterranean city of Marseille, experts are sounding the alarm over the impact of human activity on one particular species of seagrass endemic to the Mediterranean.

Named posidonia oceanica – also known as "Neptune grass" – for the Greek god of the seas, the plant covers at least one million hectares (3,900 square miles) of the Mediterranean seabed from Cyprus to Spain.

The Mediterranean Network for Posidonia says the real area is probably much larger than that, with data largely unavailable for countries on the sea's eastern and southern shores.

But Neptune grass meadows have long fallen prey to boating activity, with official figures estimating some 7,500 hectares in damage along the French coastline alone.

"The biggest culprit is mooring," says Thibault Lavernhe, spokesperson for the Maritime Prefecture of the Mediterranean.

"When a boat drops its anchor, it hits the ocean floor and has a devastating effect ... that repeats when the anchor is pulled up."

Since seagrass grows slowly – just a few centimeters each year – the impact can take a long time to repair.

In an open letter published this month in French daily Le Monde, 10 scientists from France, Italy and Spain emphasized the essential services the humble seagrass provides "to all of humanity."

"Seagrass meadows serve as spawning beds and nurseries for species of fish living along our coasts, from the most common to the rarest," they wrote.

A wide range of animals depend on them, including tiny invertebrates that are a food source to fish prized by small-scale, artisanal fishing operations. The loss of seagrass is having impacts around the globe, with the U.S. state of Florida also raising alarm about a record number of manatee deaths linked to the loss of seagrass.

Arnaud Gauffier, conservation director for the World Wide Fund for Nature's French branch (WWF), says the plant's ability to absorb carbon makes it a crucial ally in the fight against global warming.

But for some, the phenomenon is just an unsightly inconvenience.

"Often people just think, 'Oh no, it's a dead thing on the beach that's keeping me from swimming.'"

In an effort to fight damage to Mediterranean seagrass, France has made it illegal for larger boats – measuring longer than 24 meters (79 feet) – to drop anchor in sensitive zones.

Spain's Balearic islands took similar measures in 2018 and enforce them with regular patrols.

Their conservation efforts, which include awareness campaigns in schools and a seagrass festival, have been highlighted as exemplary by the WWF.