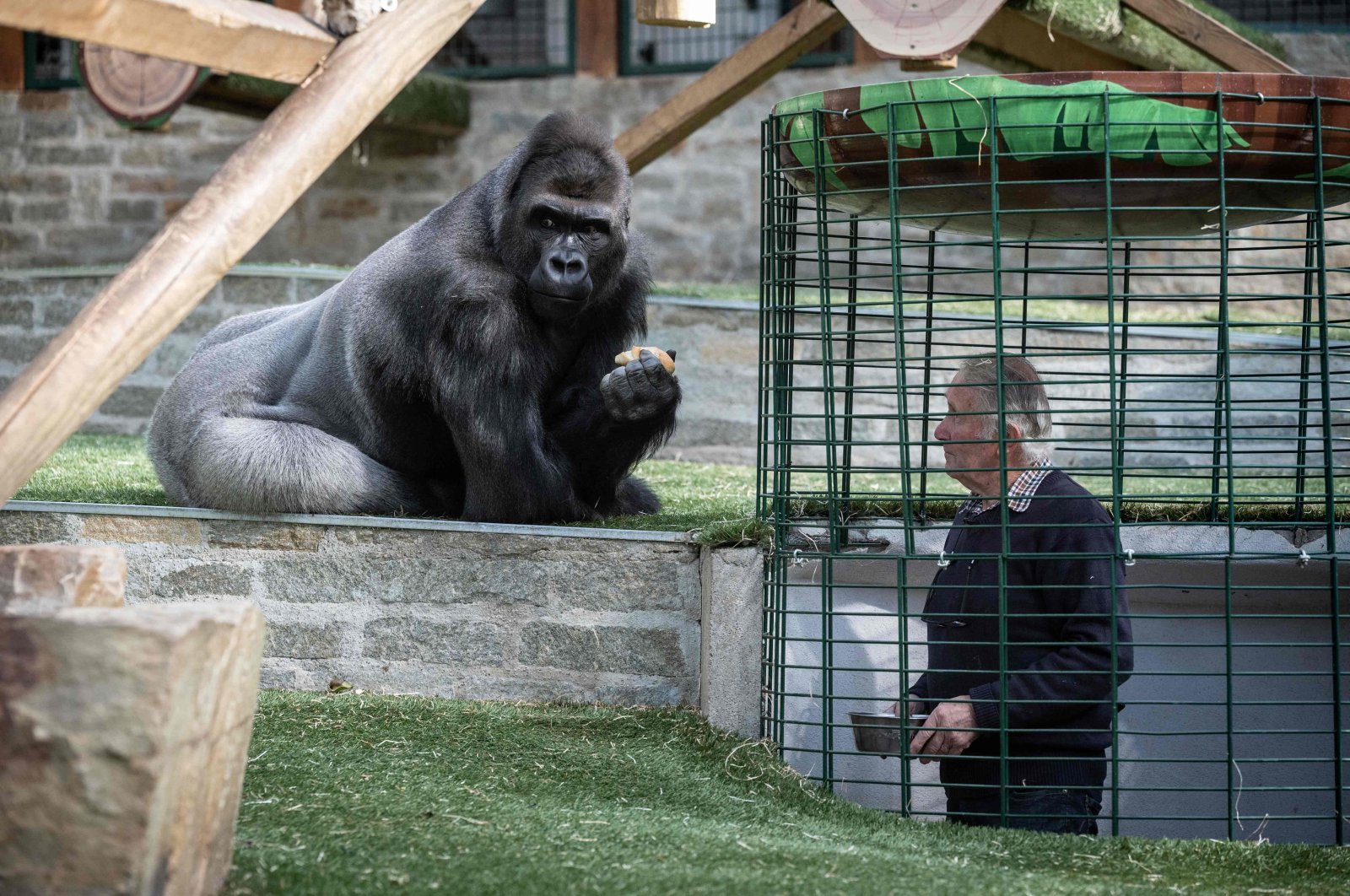 This file photo shows the owner of the zoo Pierre Thivillon takes care of a gorilla on May 17, 2021, at the zoological park of Saint-Martin-la-Plaine, two days ahead of its reopening as part of France's latest step toward the ending of its third nationwide COVID-19 lockdown. (AFP Photo)
by German Press Agency - DPA Jun 08, 2021 8:55 am
RECOMMENDED

The great apes of Africa, such as gorillas, bonobos and chimpanzees, could see their habitat shrink on a massive scale by 2050, a study by more than 60 scientists has shown.

According to the research in the journal Diversity and Distributions, up to 85& of the apes' current range will no longer be habitable in the next 30 years.

The destruction of the habitat is closely linked to climate change, deforestation and human population growth.

Gorillas, bonobos and chimpanzees face "a bleak future," said Dr Ilka Herbinger of the World Wide Fund For Nature (WWF), a co-author of the study. "In many regions of Africa, our closest relatives are at risk of extinction very soon," she said.

Herbinger called for a halt to "climate collapse" and "forest destruction" to mitigate a mass extinction of the great apes.

According to the study, first published on Sunday, it is also crucial for the survival of the African apes to maintain and establish "connections and corridors" between habitats that could be a refuge in the future.

For example, mountain ranges are currently less suitable habitats for some great ape species, but this is expected to change with global warming. Animals could theoretically survive if they were able to migrate from the lowlands to the mountains.

The study was the first to examine the effects of climate change, land use and human population growth in their entirety on the future range of gorillas, chimpanzees and bonobos.

Currently, all African great apes are listed on the International Union for Conservation of Nature's (IUCN) Red List of Threatened Species as either endangered or critically endangered.