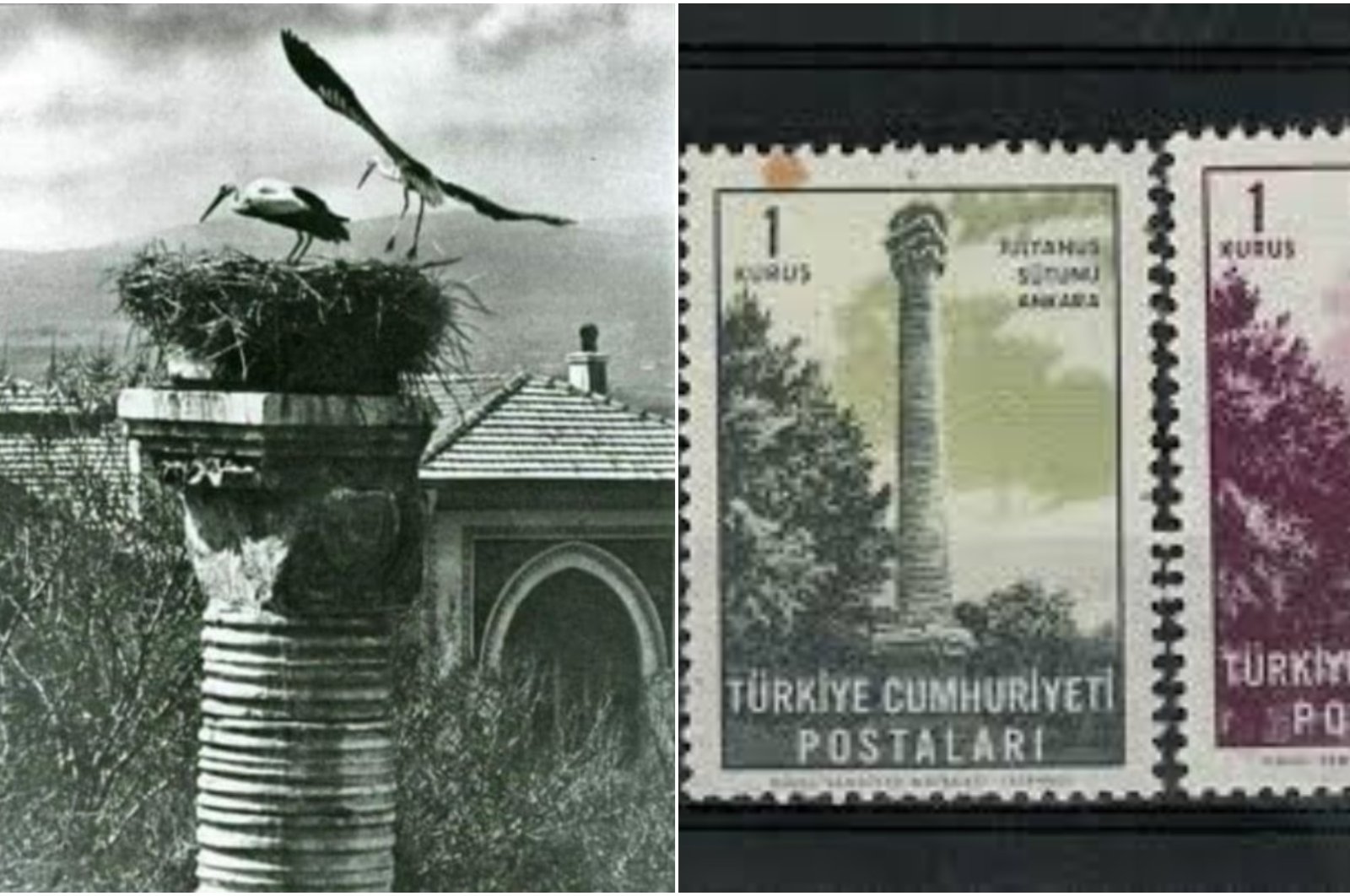 Over the years, the column and the storks' nest have become a symbol of the capital city. (iStock Photo)
by DAILY SABAH WITH AA May 18, 2020 10:02 am
RECOMMENDED

The historical Column of Julian in the heart of Ankara is ready to welcome its annual migratory guests this year with a comfy nest perched on top.

Known for hosting hundreds of storks year after year, the landmark became so synonymous with the birds' arrival that when residents give directions they refer to the column as the "storks nest" – and also the "Minaret of Belkıs" (Queen of Sheba) on a different note. The Column of Julian and its nest have even been printed on postage stamps and postcards that symbolize the capital. The historic column was erected in honor of Roman Emperor Julian the Apostate's visit to Ankara nearly 1,700 years ago and is nearly 15 meters long (49 feet). In 1934, it was transferred from Ulus Tashan to the nearby ASBU building, surrounded by historic, cultural and religious sites in the capital.

Despite the coronavirus pandemic, Ankara Social Studies University (ASBU) is making sure that the birds have a place to stay.

"We sat down with experts. Veterinarians told us that the storks may have left their spot either because their partner died or their nest was damaged but new storks would definitely come and use the spot as their nest again," said Arıcan.

He said the school recently placed a new nest on top of the column, and everyone is waiting for the storks to come with open arms.

"We want them to use this place as a home and a range during migration seasons, and when they come here, they will add beauty to our beautiful Ankara," he said.

Arıcan said he hopes to revitalize the wildlife presence in major cities across Turkey and that the school wants and hopes wild animals could live and have a place in cities.