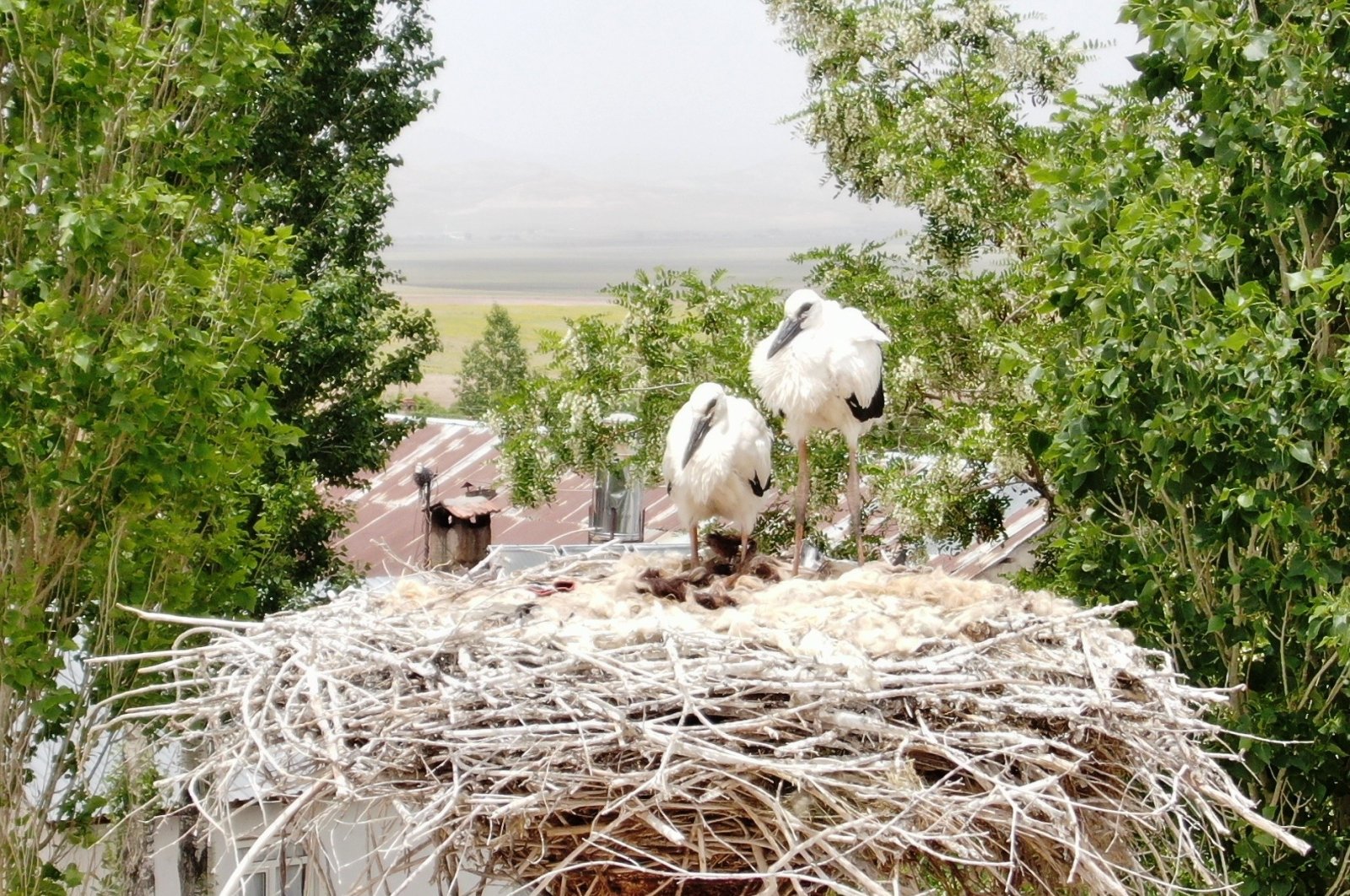 Eastern Turkey's Van province hosts a group of storks who have nested on the same pole for 46 years.

Storks brooding in the nest on the lamppost next to the garden wall of resident Ismail Genel gave birth to four chicks this year, but two of them sadly fell out of the nest.

During the summer, storks feed their broods with fish, frogs and snakes that they hunt from the nearby pond and rivers. They are also fed by the citizens.

"One year, their nest fell. After we helped to make the grid of the nest, they completed the rest. Every year they come back. They carry whatever they can find to their nests. In the past, there were many in the surrounding villages. Not so much lately. I guess the reason they stay here is that the pond is here and they don't have a hard time finding food. There are fish, frogs, snakes. All kinds of food sources are available for them," he said.

Expressing that the neighborhood residents are very used to the stork family, Genel added: "They have at least three to five chicks on average every time they nest. Sometimes when they come late, I check their nests every day. The first thing that attracts the attention of people arriving here is the nest of the storks. They are especially important to me. "