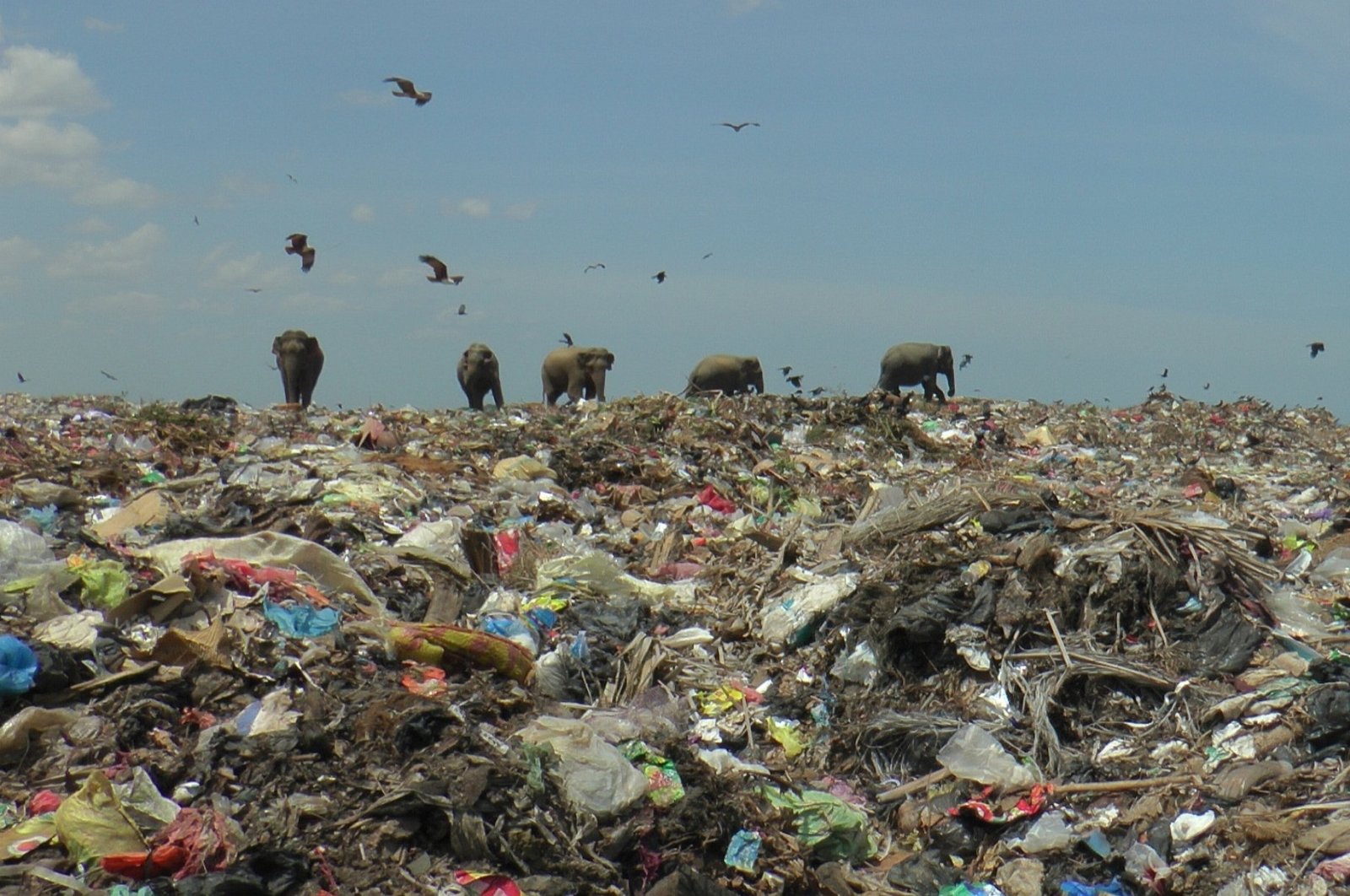 Sri Lanka's government is digging a moat around one of its landfills to keep out hungry elephant herds and reduce conflicts between the animals and villagers.

Dozens of elephants lumber out of the forest daily into a garbage dump near the eastern town of Ampara, rummaging through mounds of rubbish for wilted vegetable scraps.

This has become a common sight at the country's three largest landfills, which are located next to wildlife protection zones. The elephants consume plastic along with the food scraps, which slowly kills them, officials say. In 2019, a record 361 elephants died mainly because of humans, local environmental groups reported.

The Ampara landfill was created around a decade ago in the middle of an elephant corridor that is home to 200 to 300 elephants. Electric fences have not worked to keep the determined animals away.

"There is no proper plan or a system for this," said P.H. Kumara, part of the Gal Oya Farmers Committee, a farming collective in the region around Ampara. "Government institutions have established landfills on the border of wildlife protection zones. Once that is done, the wild elephants and other wild animals who eat the rubbish die."

The government is now trying trenches around the facility to deter the animals. Villagers, who have had an uneasy coexistence with the wild herds, say the situation is only getting worse.

"The wild elephants that come to the landfill hang around here day and night," said Kumara. "Then they go into neighboring villages and harm the villagers, their property and agricultural land. The end result is that the human-elephant conflict gets worse, and we lose elephants that are a national asset."

There are around 7,500 wild elephants in Sri Lanka, which has a population of 22 million people.

Domesticated elephants are revered on the island and are used in religious and cultural events throughout the year.