Hunt for the red canister: Climate killing gas worth searching for 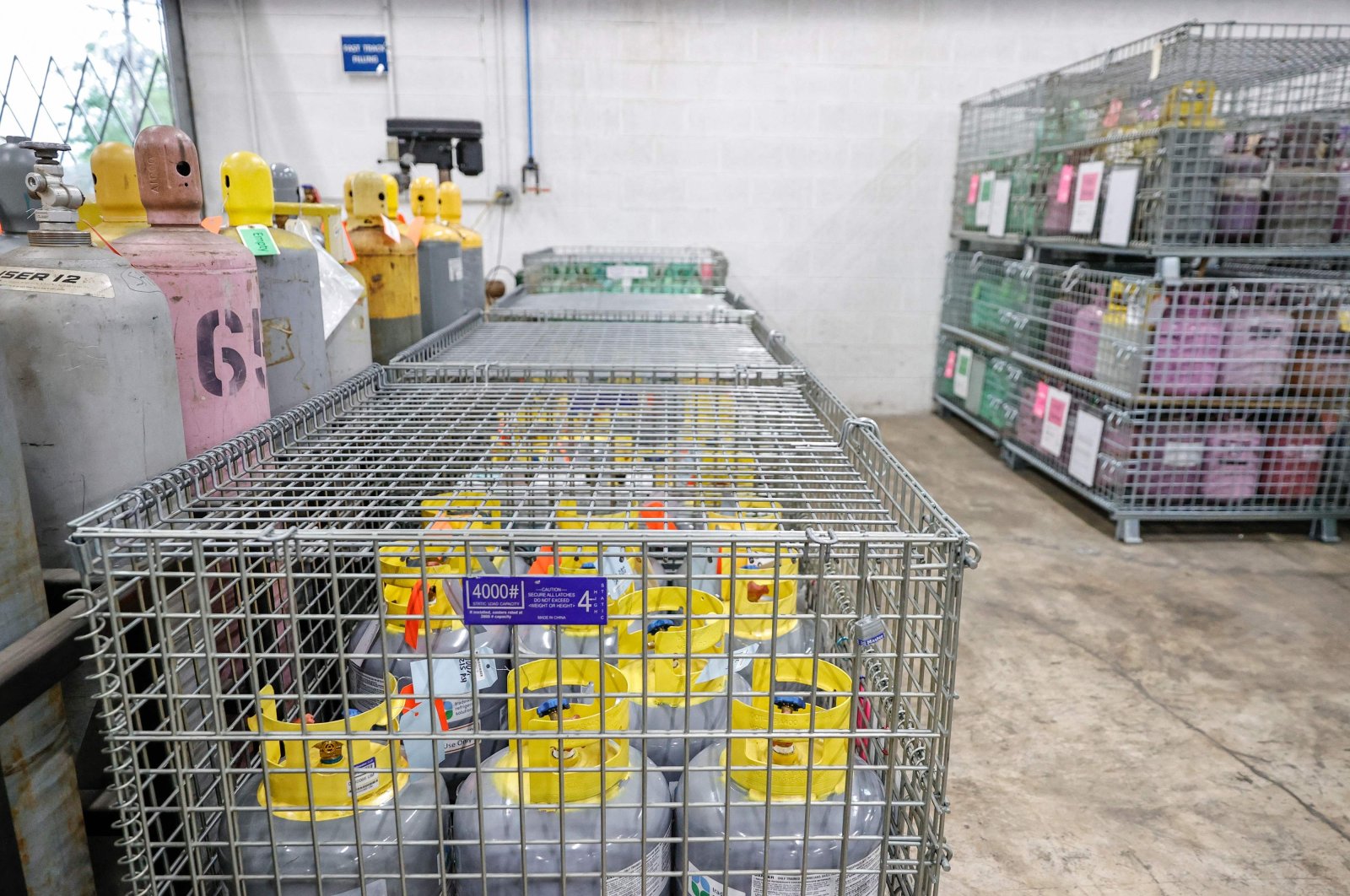 Check your backyard for rusty gas canisters! They might be worth something, and you might actually help out the climate along the way.

That is what happened to Rick Karas, who found such a canister near his Midwestern United States home. He checked online if it was worth anything. Incredibly, it turned out to be a coveted commodity in the battle against climate change.

His roughly basketball-sized container was filled with CFCs (chlorofluorocarbons), a potent greenhouse gas that is perfectly legal to possess but has been globally banned from manufacture for decades.

Absent a government mandate to destroy the ample existing stocks, a handful of companies have stepped in to hunt down the gases in a process funded by selling carbon credits they earn from destroying the chemicals.

Karas connected online with a company called Tradewater, which subsequently led to one of its staffers picking up the can at his home in tiny Peotone, Illinois, about an hour's drive from Chicago.

Minutes later he had a $100 bill, and the gas – once standard in refrigerators, car air conditioners or packed into cans that leak over time – was on its way to the incinerator.

"I feel good. A little cash in the pocket, and it helps the environment," Karas, who raises bees, told Agence France-Presse (AFP), though he was completely unaware of the climate connection.

That's the way the Chicago-based firm prefers it.

They make no mention of their mission in online ads targeting would-be sellers. They even do business under a different name, Refrigerant Finders, to sidestep what remains a politically charged subject in the U.S.

Chad Dorger, who picked up Karas's tank, noted that 80% of customers don't care what happens to the gas, but for the rest, it can get tricky.

"They will flat out refuse (to sell), and they'll say, 'No, I want this to be used.' Or 'I don't believe in that climate change hoax,'" he said.

Still, the taming of CFCs has been one of the success stories in humanity's patchy efforts to tackle the human-made emissions that are driving stronger storms, drier droughts and the massive, deadly wildfires that have come roaring after them this summer.

The right to pollute?

The United Nations trumpets the 1987 Montreal Protocol, which barred making CFCs so as to repair a thin layer of ozone in the atmosphere that shields life on Earth from cancer-causing ultraviolet rays, as the "only U.N. treaty ever that has been ratified by every country on Earth."

It's hard to debate the logic. Besides their corrosive effect on the ozone layer, CFCs are also a potent greenhouse gas that traps heat up to 10,000 times more efficiently than carbon dioxide.

Global CFC concentrations fell steadily until about 2012 after the protocol took effect, but startled scientists discovered in 2018 that the pace of that slowdown had dropped by half during the preceding five years.

Evidence pointed to factories in eastern China. Once CFC production in that region stopped, the ozone layer's healing process appeared to be back on track.

There are not many voices against destroying CFCs, but carbon offsets are more complicated.

Under the scheme, a polluting company or individual buys a credit equivalent to a metric ton of carbon dioxide. The money goes directly or indirectly into an emissions reduction plan, like planting trees or investing in renewable energy sources.

But some critics accuse big businesses of paying for a quick fix rather than seeking to truly overhaul the environmental impact of their operations, while some botched offset projects have failed to deliver.

"For some hard-core environmentalists, that is giving someone the right to pollute, and we shouldn't pollute," said George Washington University economics professor Michael Moore.

Tradewater's leaders, however, are very clear about what they do and why.

"If companies like ours don't destroy this refrigerant, it will leak into the atmosphere," chief operating officer Gabe Plotkin told AFP.

"There's no government mandate to do it. There's no financial incentive to do it. And in some cases, there's no will to do it," he added.