Into the wild: Do tourist boats stress out whales? 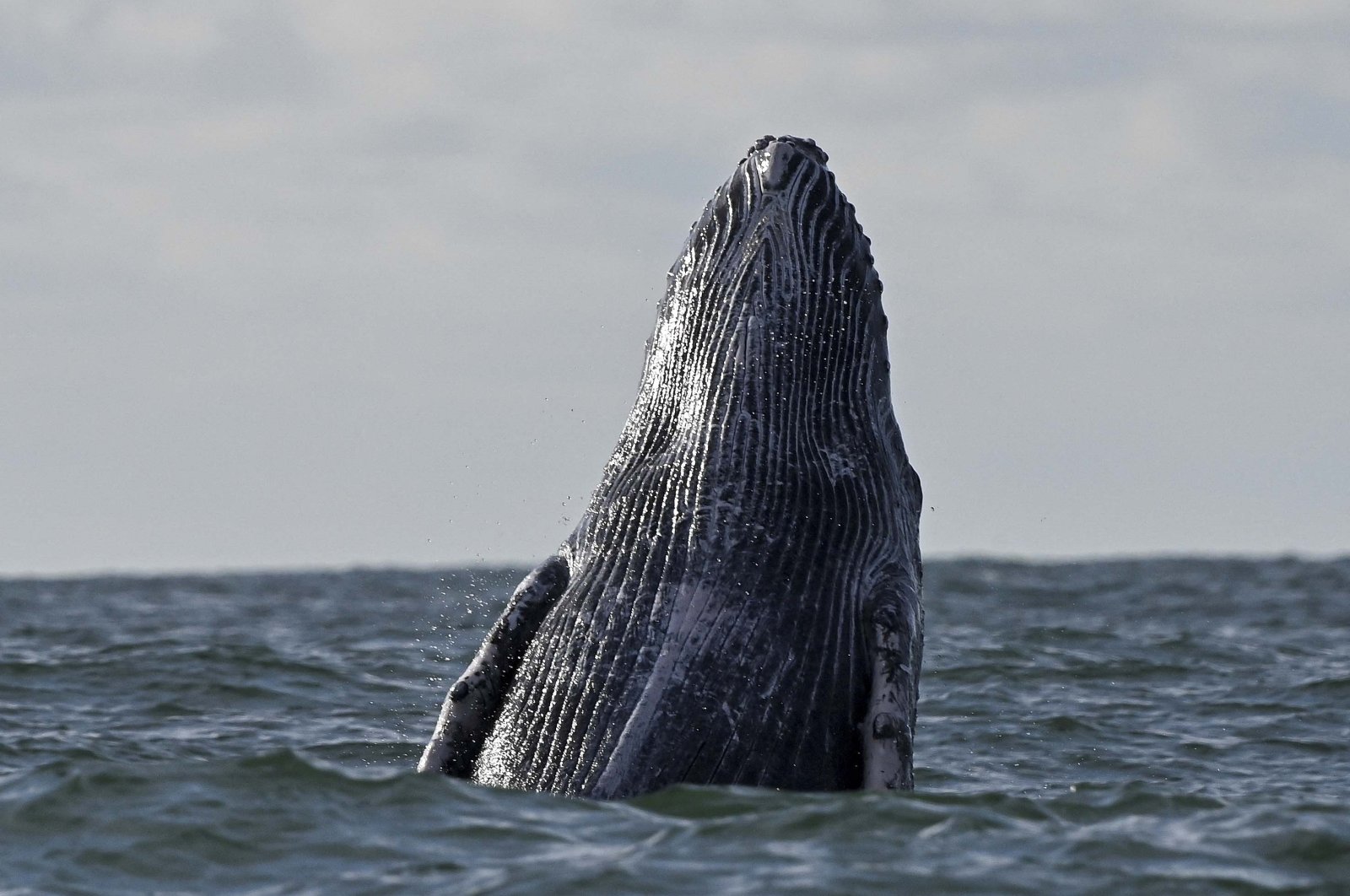 Just off the northern coast of Iceland, scientists are collecting data from whales' breath to find out if they get stressed by whale-watching boats, an industry that has boomed in recent years.

Researchers from Whale Wise, a marine conservation charity, are studying the whales' stress levels in their hormones.

From their small sailboat, a drone lifts off. After six hours of waiting, the scientists have finally spotted a humpback whale.

Attached to the flying device are two petri dishes – transparent cylindrical containers – that will collect water droplets from the whale's spray.

The timeframe to collect the sample is short – the duration of a whale's breath.

This time, the drone flies over the whale carefully, crossing through the spray coming from the whale's blowhole... and mission accomplished. It returns to the sailboat, delivering its precious cargo to the researchers.

Once wrapped in paraffin and frozen, the samples will be sent to a laboratory for analysis.

The researchers aim to collect samples before a whale-watching boat arrives and then afterwards, then compare the two samples to determine the direct impact of that encounter on stress levels.

Tourists have been increasingly flocking to the waters of the North Atlantic off Iceland to admire the majestic creatures, though 2020 was a quiet year due to the pandemic.

More than 360,000 whale watchers were registered in 2019, three times the number a decade ago.

Almost a third of them began their whale watching tour in the Husavik harbor, heading for the chilly waters of Skjalfandi Bay.

Previous studies on tourism's impact on whales, which were based on behavioural observations, concluded that tourism caused only minor disruptions to the mammals.

The most recent study, from 2011, found that whale-watching excursions were disrupting minke whales in the Faxa Bay near Reykjavik, in the south of the country.

"We found that the minke whales were disturbed in their feeding, but it was only a short-term disturbance," one of the authors of the study, Marianne Rasmussen, director of the University of Iceland Research Center in Husavik, told Agence France-Presse (AFP).

"It didn't affect their overall fitness."

The method used by Whale Wise this summer has been used elsewhere by biologists but this was a first for researchers in Iceland.

"From the samples, you can look at hormones such as cortisol, which is a stress-related hormone, and then you can determine the physiological stress levels of these whales," said Tom Grove, Whale Wise co-founder and a PhD student at the University of Edinburgh.

Since 2018, 59 samples have been collected. While a minimum of 50 are needed for a proper analysis, he hopes to collect around 100.

This summer, some of the samples were collected together with French environmental group Unu Mondo Expedition, which travelled to Iceland for a month-long expedition to study climate change issues.

"The whales are important to us, for our lives, because they are part of the ecosystem on our planet," said Sophie Simonin, 29, the organization's co-founder.

"They also absorb enormous amounts of carbon dioxide," she added.

According to a December 2019 study by the International Monetary Fund, a large whale captures an average of 33 tons of carbon dioxide.

While whales are a tourist attraction, they are also hunted in Iceland.

The International Whaling Commission banned commercial whaling in 1986, but Iceland, which opposed the moratorium, resumed its hunt in 2003.

Iceland only bans the hunt of blue whales.

But while the country has established an annual quota of 209 fin whales and 217 minke whales until 2023, no whales were hunted this year for the third straight year, as whalers say it is not financially viable.