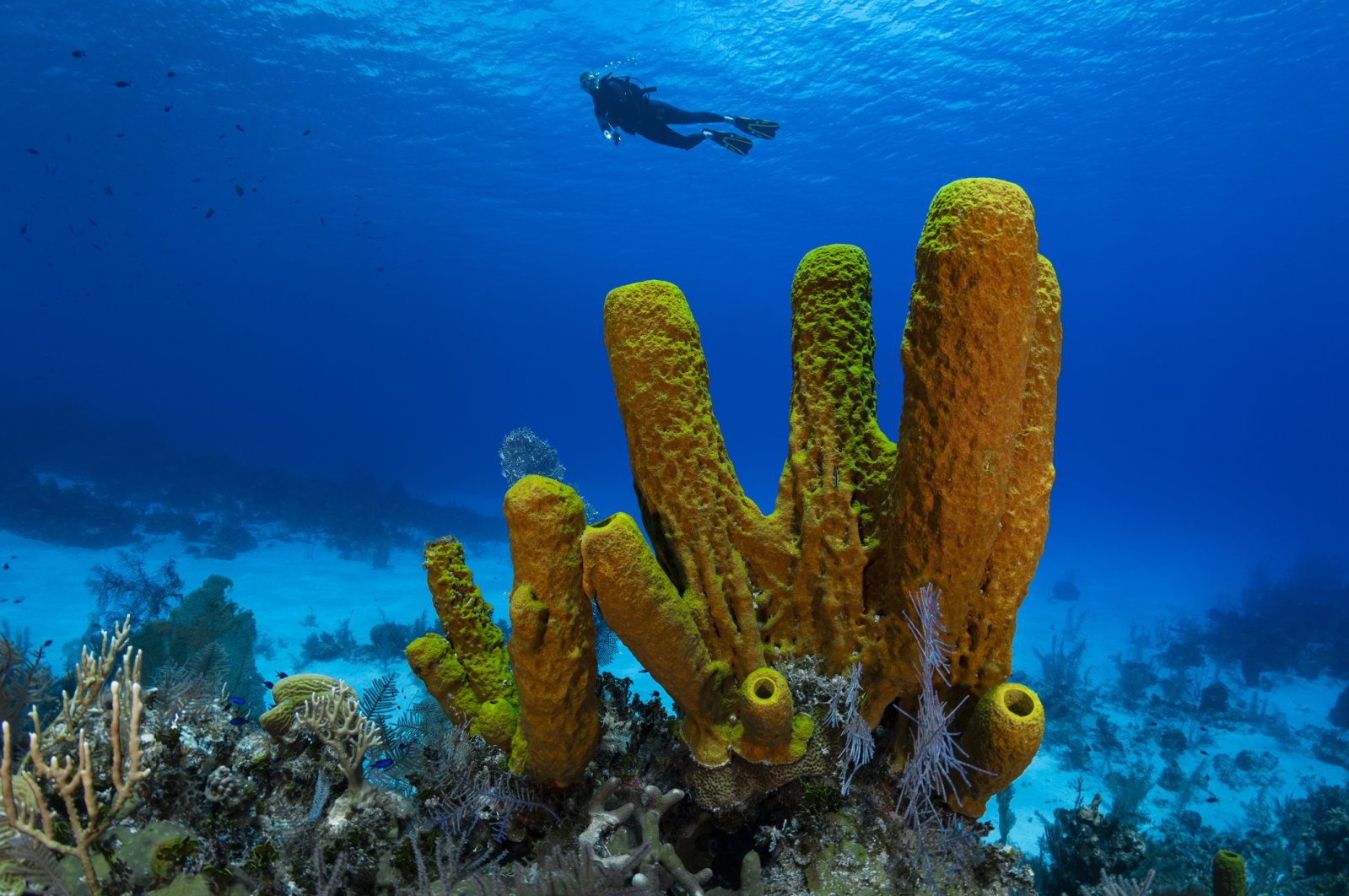 Yellow tube sponges (pictured) are filter feeders, which means that they eat plankton and bacteria and are not carnivores. (iStock Photo)
by German Press Agency - DPA May 27, 2020 11:45 am
RECOMMENDED

Australian and German marine scientists have discovered the world's largest number of new species of carnivorous sponges from a deep-sea expedition off Australia's east coast.

At least 17 new species were found after the 2017 scientific voyage where the team of scientists discovered the sponges that live at depths of up to 4,000 meters below the surface of the sea, Queensland Museum said in a statement Wednesday.

Previously, only three species of carnivorous sponges were known in Australia.

Queensland Museum's researchers had worked with scientists from the Ludwig Maximilian University of Munich in finding and naming the species found along the eastern Australian coast, from northern Queensland to Tasmania. The findings were published recently in the science journal Zootaxa.

"Traditionally sponges are filter feeders (sucking out passing plankton or nutrients in the water), yet these species, which are found at the bottom of the ocean, have evolved as predators that catch and digest their prey directly," Ekins said.

He said many of the newly discovered sponges were found on the ocean floor at depths between 2,000 meters and 4,000 meters.

"I would say it is the biggest haul of carnivorous sponges from any one expedition in the world," he said.

"We know more about the surface of Mars than we know about our deep oceans, so it's important for scientists to continue to explore the abysses below," Queensland Museum's CEO Jim Thompson said in a statement.