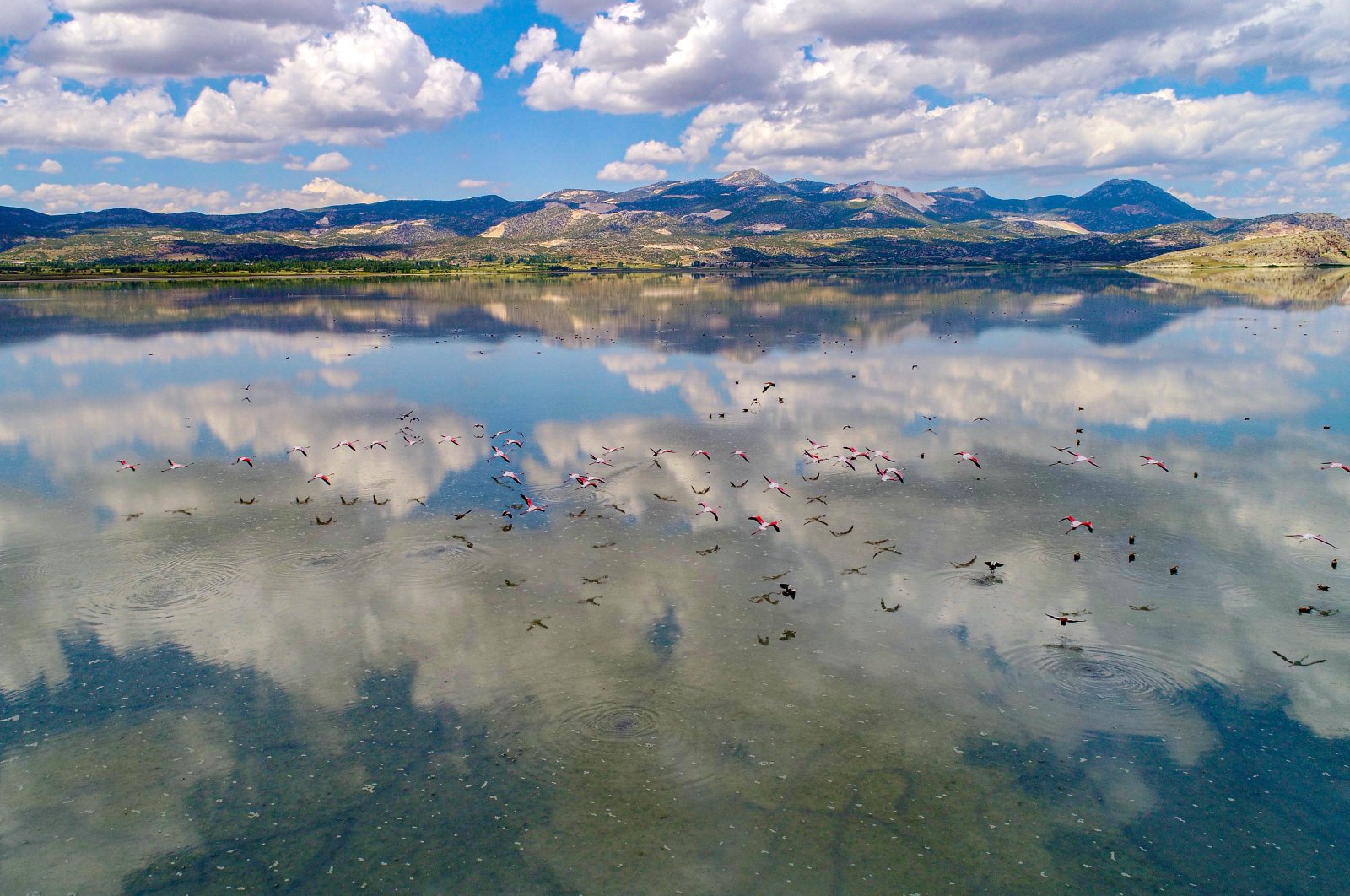 Flamingos have flocked to Lake Yarışlı in Turkey's southern Burdur province. The area is one of the most important wetland stop-offs for Anatolia's migratory birds, rich in biodiversity and unspoilt natural beauty.
The lake, which spans an area of 1,460 hectares, is a favorite summer hotspot for the flamingos, with shallow, alkaline-rich waters that allowing them rich pickings in terms of food.


As the temperatures rise, the water level in Lake Yarışlı decreases. However, large numbers of flamingos have arrived at the lake this year as a higher than usual amount of precipitation has filled the lake higher.
According to a study carried out by the General Directorate of Nature Conservation and National Parks, 141 bird species can be observed in the lake and its surroundings.


Along with Flamingos, the lake also hosts many species, including avocets, ruddy shelducks and black-winged stilts during the period of bird migration.