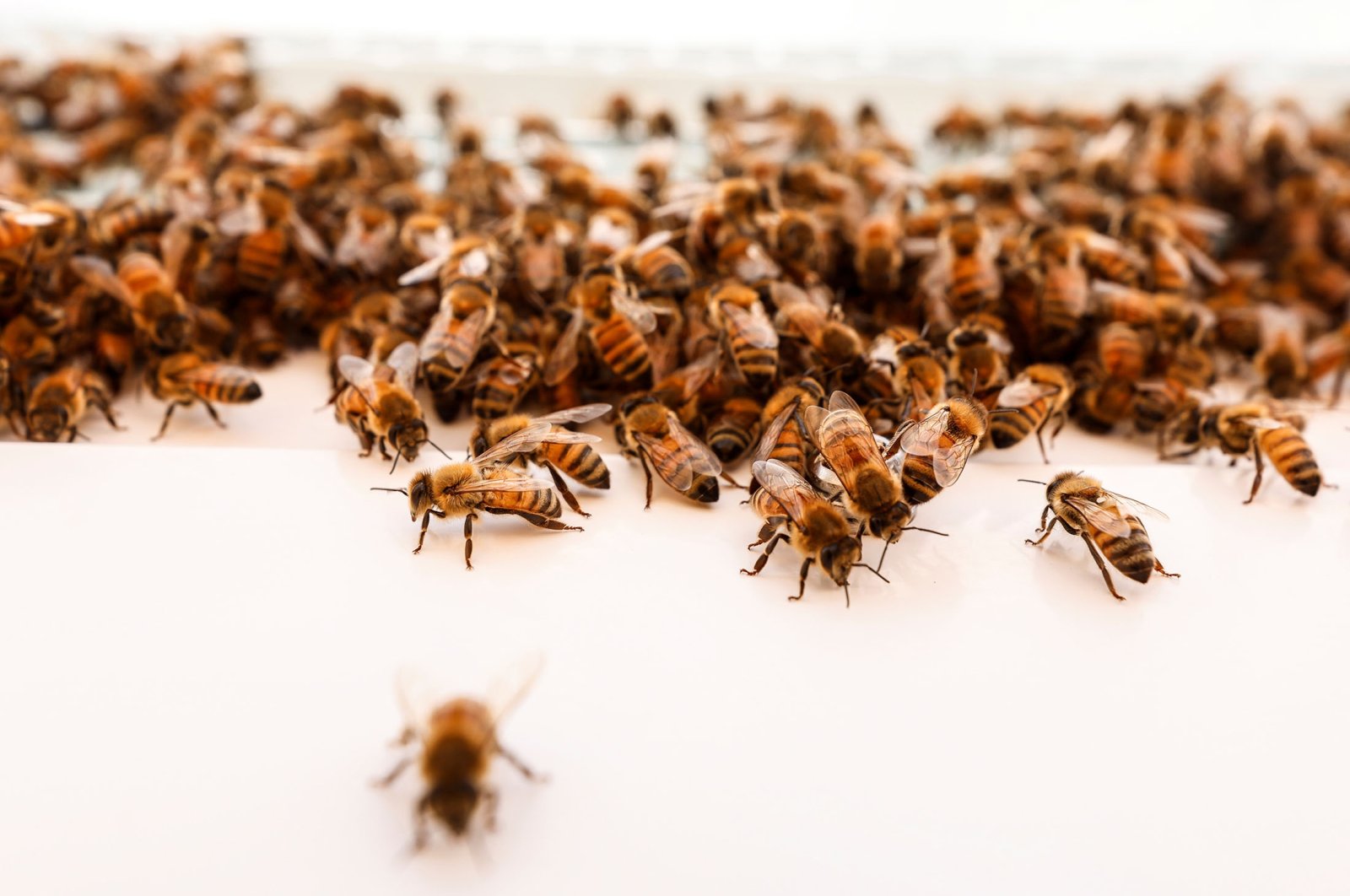 Bees crawl on a box during a demonstration for Reuters by Israeli startup Beewise, the developers of a robotic bee hive, in Beit Haemek, Israel, July 29, 2021. (Reuters Photo)
by Reuters Aug 09, 2021 2:22 pm
RECOMMENDED

The hum of the robotic arm, working with inhuman precision and efficiency, drowns out the buzz of the workaholic bees going about their business like a well-oiled machine.

One after another the machine scanned stacks of honeycombs that together could house up to 2 million bees – inspecting them for disease, monitoring for pesticides and reporting in real time any hazards that threatened the colony.

The next-generation hive was developed by Israeli startup Beewise, which says that this kind of around-the-clock care is what is needed to minimize the risk of colonies collapsing.

There has been a drastic fall in bee numbers around the world, largely due to intensive agriculture, the use of pesticides, pests and climate change.

Companies have been pursuing different technologies to try to slow down mass colony collapse, like placing sensors on traditional wooden beehives, or methods to cope with the loss of bees, like artificial pollination.

At roughly the size of a cargo trailer, Beewise's hive houses 24 colonies. Inside, it is equipped with a robotic arm that slides between honeycombs, computer vision and cameras. Color-coded openings on the sides allow bees to come and go.

"Anything a beekeeper would do the robotic mechanism can mimic and do it more effectively without ever getting tired, without going on vacation and without complaining," said CEO Saar Safra.

Beewise has already raised $40 million of funding from private investors and over 100 of its systems are in use in Israel and the United States.