One for the environment: Şahika Ercümen named 'Life Below Water Advocate' of Turkey 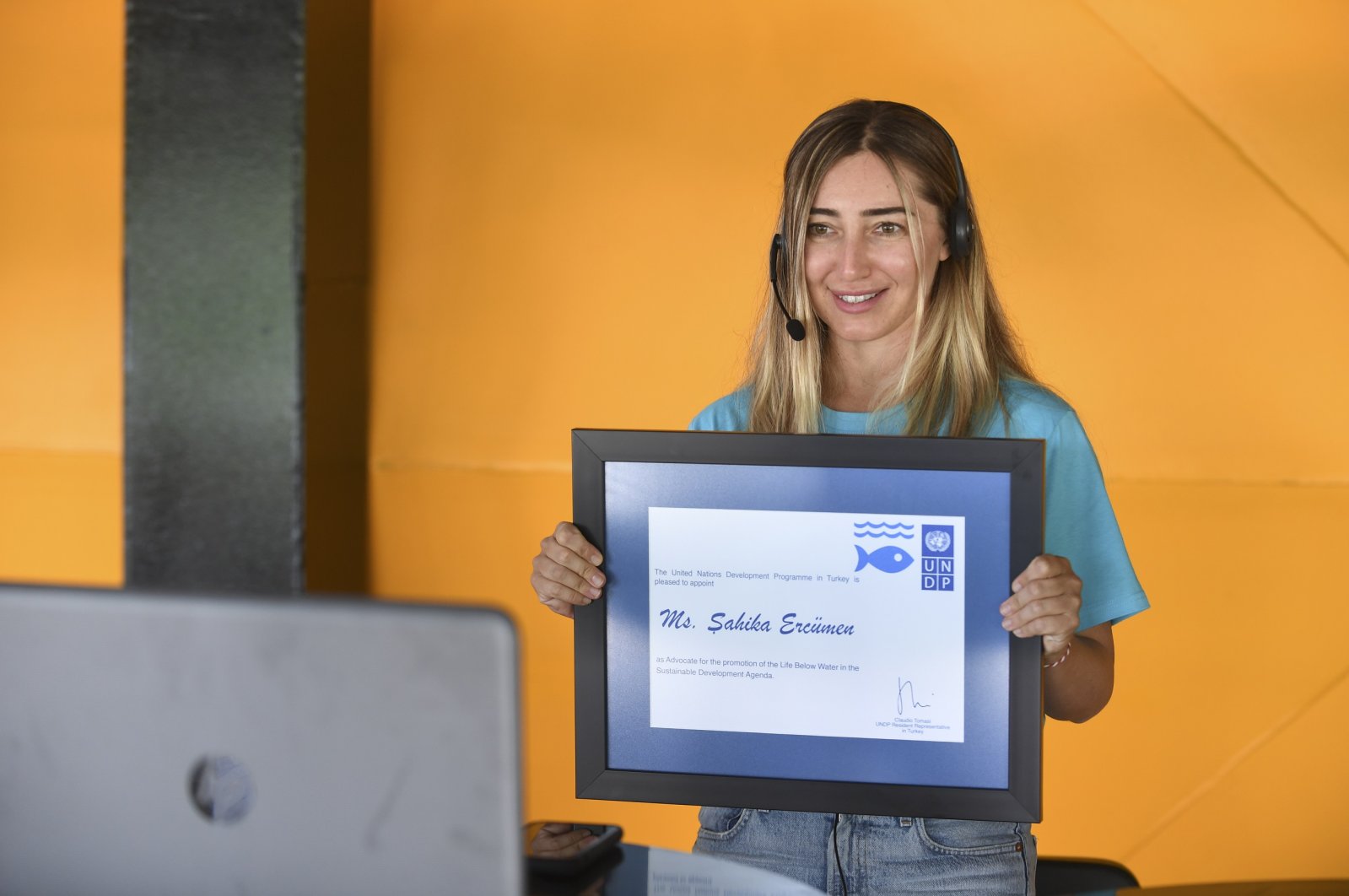 The UNDP has announced that Şahika Ercümen will be acting as Turkey's “life below water advocate.” (DHA Photo)
by DAILY SABAH Jun 09, 2020 12:36 pm
Edited By Yasemin Nicola Sakay
RECOMMENDED

Şahika Ercümen, Turkey’s multiple world-record holder and free-diving champion, has become the latest figure to join the fight to preserve our oceans, becoming a “life below water advocate” of the United Nations.

In a virtual ceremony and press conference held Monday, the United Nations Development Programme (UNDP) Turkey announced that Ercümen would not only represent Turkey for the cause but she would also be joining other leading successful personalities to encourage individuals and institutions to take action on important matters affecting the world and humanity.

Ercümen is not new to the dangers climate change poses to our planet. In the past, she has put on exhibition dives in Lake Salda in Turkey as well as Antarctica to draw attention to issues such as environmental pollution, dangers of plastic use and global warming.

Expressing how honored she was to be named as an advocate for underwater life, Ercümen called seas and oceans her natural habitat.

Some "95% of seas and oceans that cover 70% of our Earth’s surface, and 86% of the species living there have not yet been discovered. But at this rate, there will be more plastics than fish in the oceans. The blue underwater world is threatened by ocean warming and acidification, overfishing and illegal fishing, extinction of millions of species, invasive alien species and of course plastics," she said.

Resident Representative of the UNDP in Turkey Claudio Tomasi said Ercümen's successful sports career was not the main reason she was chosen.

"Besides her commitment to show us the beauty of life below water, she has warned us on many occasions about the threat of plastic pollution to biodiversity, as well as an invasive alien species in the marine ecosystem," he said.

Underlining that clean and healthy oceans and seas were essential to human existence and to counterbalance the effects of climate change, Tomasi said he still believes saving the planet and its precious resources from the tremendous damage we have caused is possible.

He said he looked forward to working together with Ercümen and others to raise awareness on the role life below water plays for our collective health.

World Oceans Day is celebrated annually on June 8 to raise awareness about the world's oceans and efforts to improve "the deep" since 1992, when the U.N. held its first conference on environment and development in Rio de Janeiro, Brazil.

In 2008, the U.N. General Assembly declared that June 8 would be designated as World Oceans Day as of 2009.