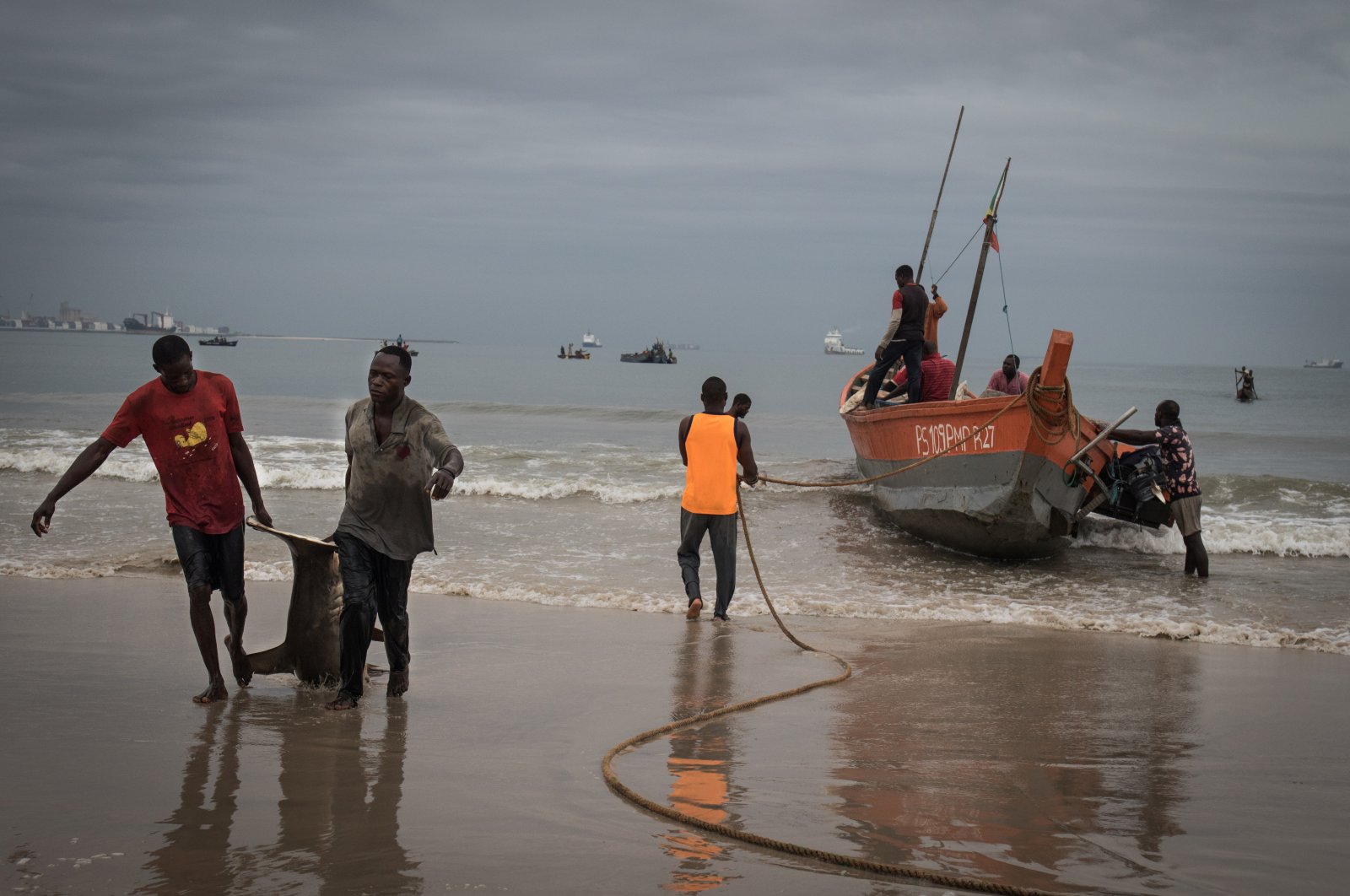 Each day, fishmongers in the Republic of Congo pile up hundreds of dead sharks on the shore and begin lopping off fins and bartering over hammerheads and other endangered species.

The bustling seaside business could be jeopardizing the marine environment in the Gulf of Guinea, wildlife trade group TRAFFIC warned this week. Artisanal fishermen are harvesting 400-1,000 sharks and rays per day, according to surveys it conducted last year.

The fishermen say they don't have a choice. A rise in industrial fishing by dozens of mainly Chinese trawlers in Congolese waters is eroding their livelihoods.

"Since the Chinese trawlers arrived, it's complicated things," said Alain Pangou, a 54-year-old fisherman. "It's difficult to live."

In a short film released alongside the report on Monday, Pangou and his small crew lament bygone days of plentiful fish, as they clear a net of juvenile hammerheads – too young to have had any offspring to replace their numbers.

At the nearby Songolo Beach market, in Pointe-Noire, traders haggle over fins for export to Asia, while the rest of the meat is sold for local consumption.

"The artisanal shark fishers shouldn't be targeted as the bad boys here, they're getting squeezed by an unregulated industrial fisheries sector," said Emma Stokes who heads the regional office of another environmental group, the Wildlife Conservation Society.

Worldwide, shark populations are in trouble due to industrial fishing and the practice of "finning" – or slicing off shark fins for a soup considered a Chinese delicacy. Demand for fins has spurred a global raid on these apex predators.

A global ocean survey published on July 22 in the journal Nature found that sharks were "functionally extinct” at one-fifth of 371 coastal reefs monitored since 2015.

In the Republic of Congo, fishermen say their catches have declined since the Chinese boats began appearing in 2000. Oil platforms set up in the Gulf have also drastically reduced the area open for fishing.

The country's waters have yet to be surveyed; officials say they need outside financing and expertise.

"We fish them, we know how to do that, but the stock is unknown," said Fisheries Director Benoit Atsango in the video, which was financed by charitable fund Arcadia.