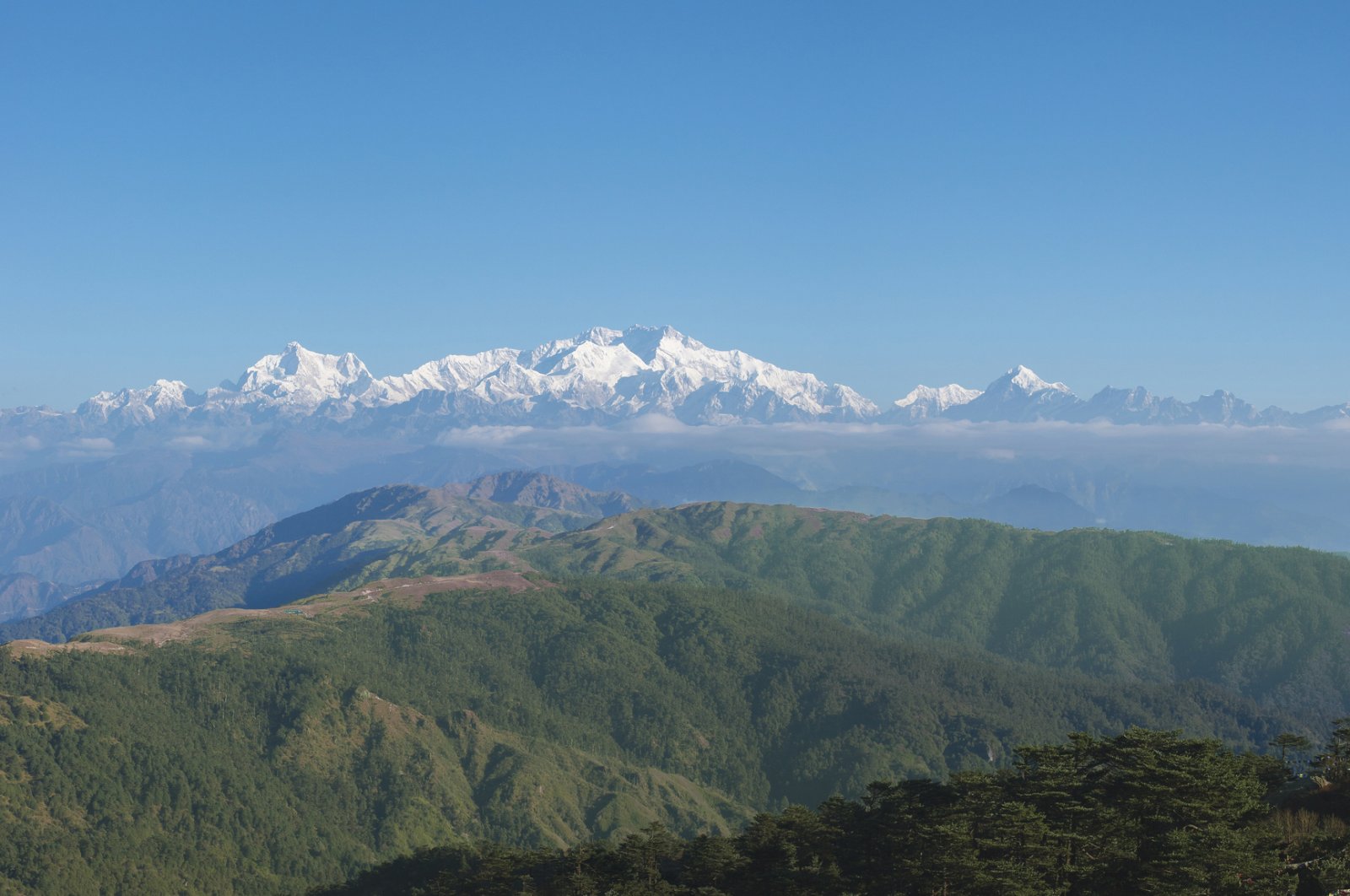 The Kanchenjunga mountain range is seen from Sandakphu, Darjeeling in India. (iStock Photo)
by DAILY SABAH WITH AGENCIES Apr 09, 2020 11:38 am
RECOMMENDED

Indians as far as 125 miles away from the mighty Himalayas have been waking up to a nice surprise lately – the sight of the snowy peaks of the mountain range that had remained hidden in clouds of smog from years and years of pollution.

If one good thing is coming out of this whole coronavirus pandemic for India, a country infamous for its dirty air, it is that its national lockdown and self-distancing measures are really helping to improve the air quality and causing dramatic drops in pollution levels.

Overjoyed by their reunition with the snow-capped mountains of the Dhauladhar range of the Himalayas for the first time in 30 years, locals from Punjab's Jalandhar district took to social media to document this momentous occasion.

Himalaya mountains can be seen from Jalandhar since pollution has reduced in Punjab. Beautiful sight #punjab #COVID19 #pollution pic.twitter.com/iZy7hwxX9R

The sighting was the very first time many had witnessed such a sight from the comfort of their own homes.

Never seen Dhauladar range from my home rooftop in Jalandhar..never could imagine that’s possible..clear indication of the impact the pollution has done by us to Mother Earth .. this is the view pic.twitter.com/laRzP8QsZ9

Under normal circumstances, the streets of India should be bustling with tourists and locals, flooded with cars choking the city in exhaust fumes ahead of Everest's climbing season (early April to end of May).

The Indian government announced a 21-day lockdown on March 24 to check the spread of the coronavirus. The decision came as the number of confirmed cases surged past 5,700 and 166 deaths were recorded in the world's second-most populous nation with 1.3 billion inhabitants.

Thanks to the lockdown, Delhi, which has nearly 11 million registered vehicles, has recorded a sharp 59% decrease in congestion. According to the India Today Data Intelligence Unit, the air quality index improved by an average of 33% across the country between March 16-27.

Levels of dangerous particles in the air, known as PM2.5, in India are far higher than recommended. Back in October, capital New Delhi's air quality index, which measures the concentration of the poisonous particulate matter, touched 388, way above the “safe” limit of 60.