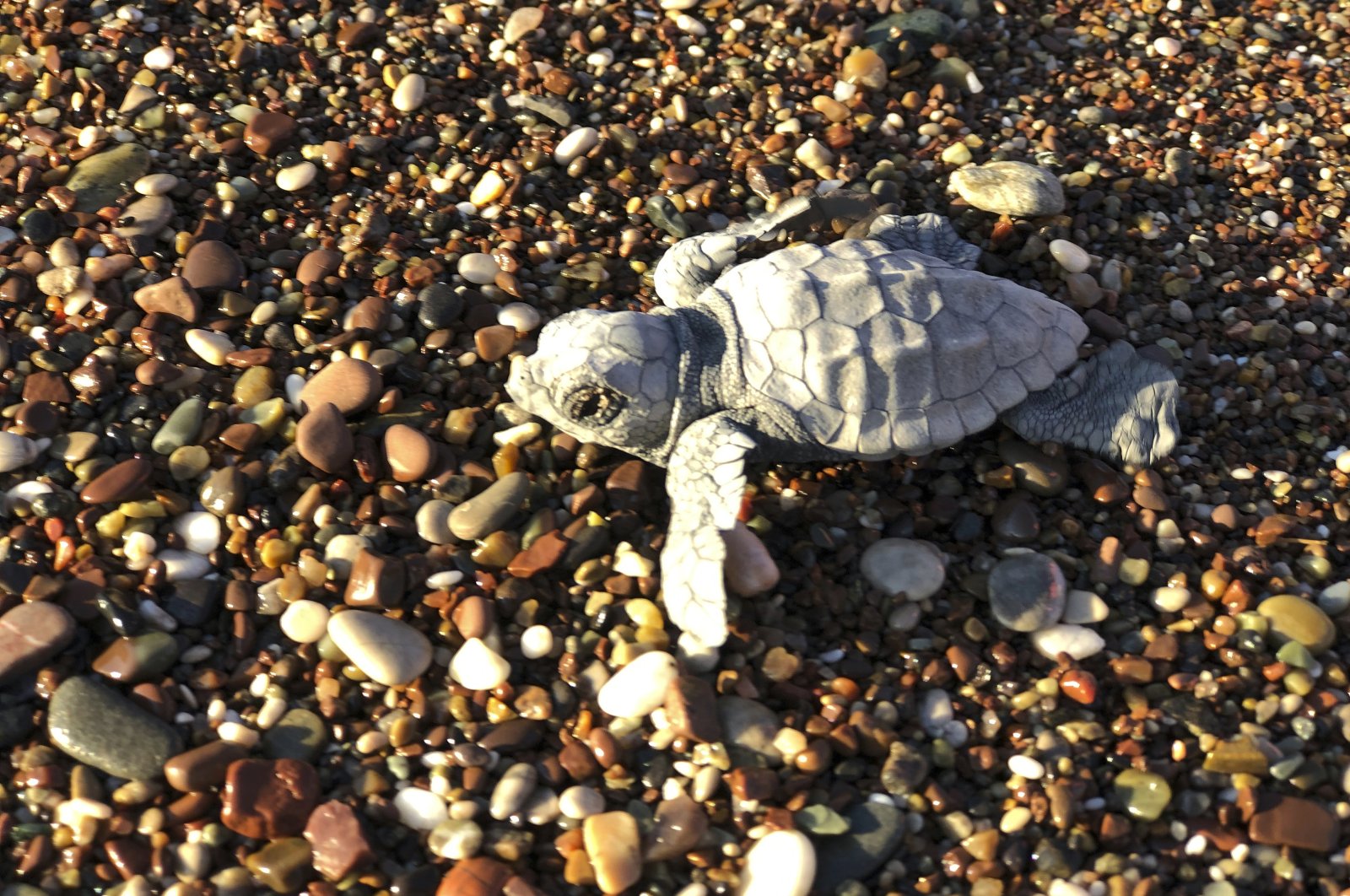 Plastics have invaded as much as 60% of the digestive systems of Caretta carettas, or loggerhead sea turtles, a joint study conducted by countries with coasts along the Mediterranean Sea has shown.

The INDICIT project conducted by the Sea Turtle Research, Rescue and Rehabilitation Center and Hospital (DEKAMER) in southwestern Turkey's Dalyan- Iztuzu region and Spain, Portugal, Italy, France, Tunisia, Greece and the island of Cyprus, with the backing of the European Union (EU), revealed last week shocking statistics regarding the plastic pollution in the Mediterranean.

Not only were pieces of plastics found in the internal organs of dead or injured Caretta carettas, but the study also discovered that approximately 40,000 loggerheads died annually in the Mediterranean.

DEKAMER president and head of Biology at Pamukkale University's Faculty of Arts and Sciences professor Yakup Kaska stressed that saving loggerheads from fishing nets, hooks and floating chunks of plastic was not enough to save their lives, and as these recent revelations have shown, microplastics constitute a great threat to their lives and well-being.

Kaska said in contrast to about 60 loggerheads examined at DEKAMER every year, the project enabled researchers to take a closer look at 1,100 of them at eight rehabilitation centers scattered across participating countries.

"Within the scope of this project, we are identifying one by one all foreign material we find in their digestive systems. We are also analyzing the feces of injured loggerheads to see how much plastic and other foreign materials are present inside," he said. The majority of materials found were plastic pieces, fishing lines and nets, packing foam and tin parts stuck in between grass.

Sharing the results by country, Kaska said the rate of plastics found inside Caretta carettas was the lowest in Turkey and Cyprus at 58%-59%, followed by Greece and Tunisia at a slightly higher 60% to 65%. In other countries, this rate was closer to 70%, which was attributed to a higher pollution rate blamed on streams of garbage coming from the Atlantic Ocean and Gibraltar.

The report also estimated that 30,000 to 40,000 loggerhead sea turtles die in Mediterranean waters annually due to reasons such as getting caught in fishing nets. An additional 2,000 are also injured in this process. Meanwhile, annual reports show that 200 Caretta carettas die in Turkish waters every year.

Kaska said the INDICIT project has been ongoing for two years and that they had now entered Phase 2 which will continue until the end of 2021. He said that studies have commenced to determine the impact of plastics on fish and other sea creatures.

The professor added that they are working to expand and expedite civilian reporting activities for swift responses to injured loggerheads and examinations of the deceased.