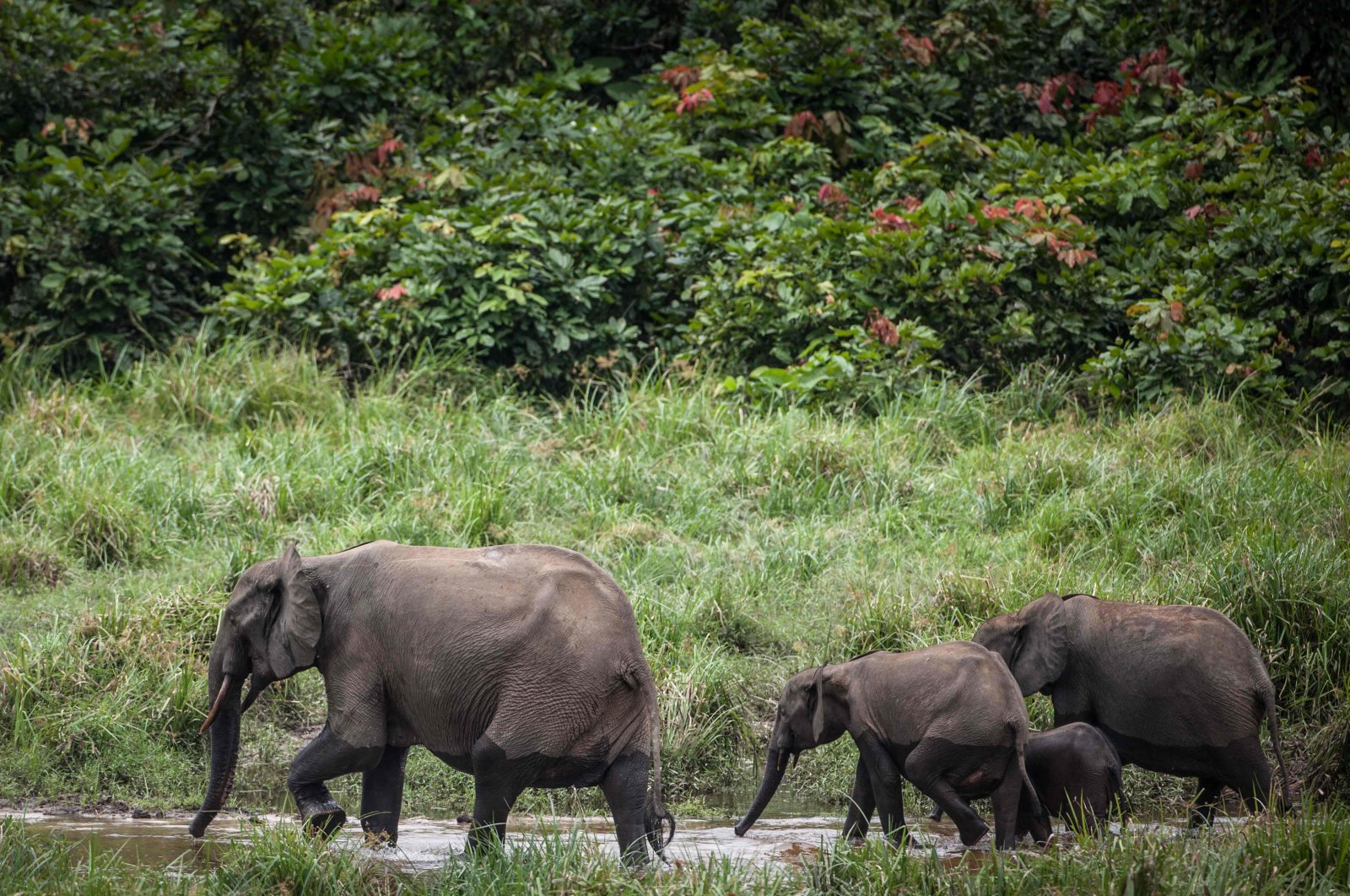 Decades of poaching, shrinking habitats, ivory poachers, spear attacks and terrible droughts have devastated the majestic elephants of the African continent, according to a report released Thursday by the International Union for Conservation of Nature (IUCN), warning that one species found in rainforests was a step away from extinction.

In an update of its "Red List" of threatened species, the IUCN highlighted the broad deterioration of the situation for elephants in most of Africa. Forest elephants on the continent have been particularly hard-hit, it said.

Africa currently has 415,000 elephants, counting the forest and savanna elephants together, according to the IUCN.

Just half a century ago, around 1.5 million elephants roamed across Africa, but in the most recent large-scale assessment of population numbers in 2016, there were only around 415,000 remaining.

"These are really sharp declines," said Benson Okita-Ouma of Save the Elephants and the co-chair of the IUCN African Elephant Specialist Group.

While the next full assessment of African elephant population numbers is not expected until 2022 or 2023, he told Agence France-Presse (AFP) that the declines seen already should really sound "alarm bells."

Elephants will not disappear from Africa overnight, he said, but stressed that "what this assessment is giving us is an early warning that unless we turn around things, we are likely to (see) these animals go extinct."

"It is a wake-up call to the entire globe that we are going down a steep terrain when it comes to ... the viability of these elephants," Okita-Ouma said.

Experts had agreed it was better to treat African forest and savanna elephants as separate species following fresh research into the genetics of the elephant populations, the IUCN said.

The savanna elephants prefer more open plains and are found in various habitats across sub-Saharan Africa, with Botswana, South Africa and Zimbabwe having high concentrations.

The African forest elephants, smaller in size, mostly occupy the tropical forests of West and Central Africa, with the largest remaining populations found in Gabon and the Republic of Congo.

Both elephant species had seen particularly sharp declines since 2008, as poaching for ivory exploded. The problem peaked in 2011, but continues to threaten populations, the IUCN said.

Perhaps even more alarming, according to Okita-Ouma, is the ever-increasing destruction of elephant habitats due to expanding land use for agriculture and other activities.

"If we don't plan our land use properly, moving forward, then as much as we stop poaching and we stop the illegal killing of these animals, there will still be other forms of indirect killings as a result of poor land-use planning," he said.

In Gabon, the fight against elephant poaching "is more than just fighting for nature. It’s fighting for the stability of our country," Lee White, Gabon's minister of water and forests, told The Associated Press (AP).

"We have seen countries like the Central African Republic, where poachers became bandits, became rebels and destabilized the whole country,” White said, attributing the bulk of poaching and ivory trafficking to international cross-border syndicates.

"Eighty to 90% of our ivory goes to Nigeria and ends up funding (the extremist group) Boko Haram. So it’s very much a cross-border fight against organized crime and even against terrorism,” he said. The battle to protect Gabon's forest elephants is a war, he said.

Despite the overall declining trend, Thursday's report highlighted the positive impact conservation efforts can have. Some forest elephant populations have stabilized in well-managed conservation areas in Gabon and the Republic of Congo.

Meanwhile, savanna elephant numbers have been stable or growing for decades in the Kavango-Zambezi transfrontier conservation area that stretches across the borders of five southern African countries.

"Several African countries have led the way in recent years, proving that we can reverse elephant declines, and we must work together to ensure their example can be followed," Oberle said.

Okita-Ouma said the COVID-19 pandemic was taking a toll on conservation efforts as many countries had seen tourism revenues used to fund protection measures evaporate.

At the same time, he said, the dramatic decline in human activity in many areas had allowed elephants to "recolonize" areas they had previously been driven from.

"During the lockdowns, we have seen animals moving all over, and that is a positive side for the animals."