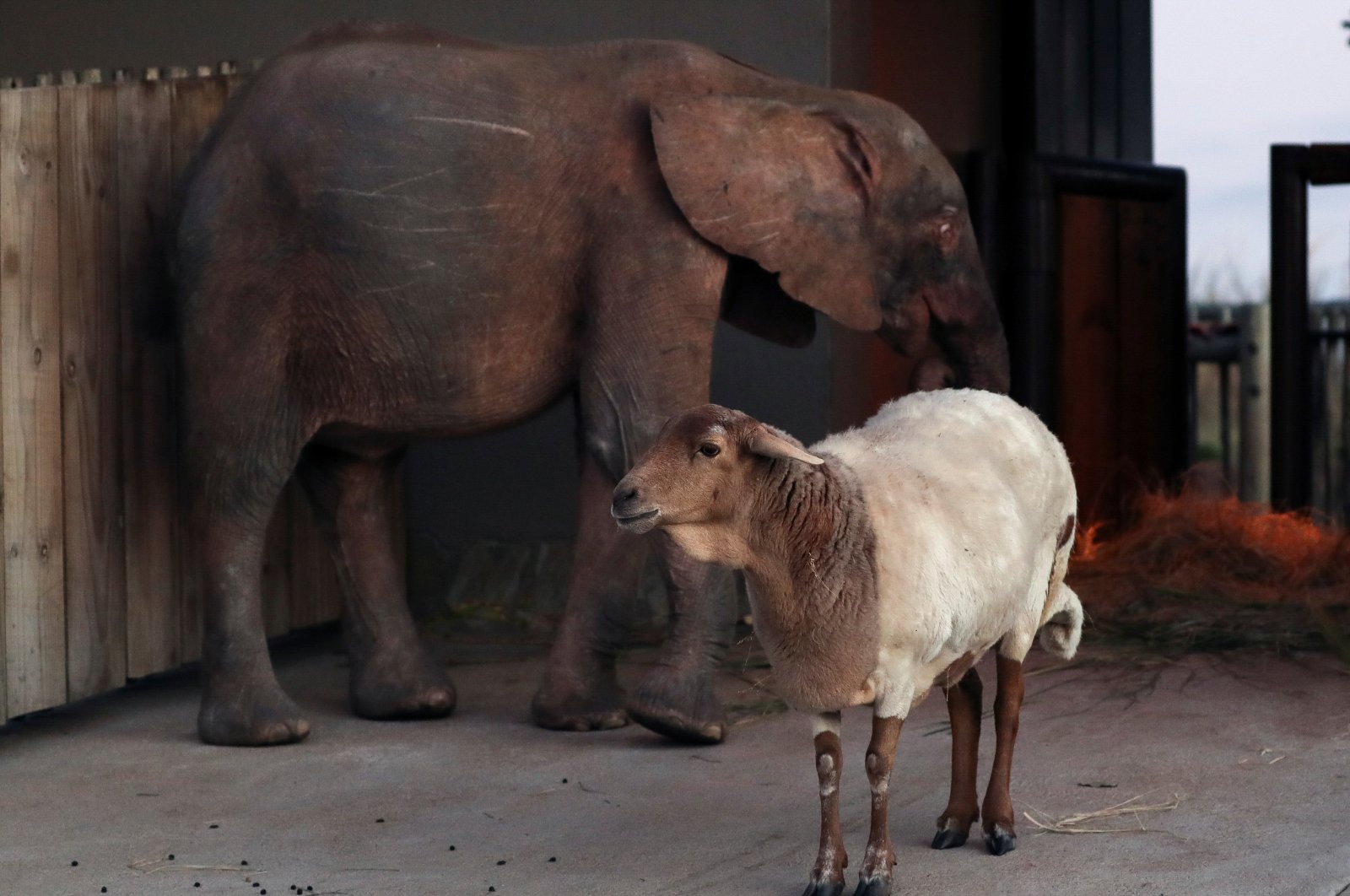 Khanyisa, an albino elephant calf rescued after being caught in a poaching snare, is seen with Lammie, her companion sheep and surrogate mother, at Hoedspruit Elephant Rehabilitation and Development (HERD) sanctuary, near Hoedspruit, South Africa, May 23, 2021. (Reuters Photo)
by REUTERS May 28, 2021 6:04 pm
RECOMMENDED

Khansiya, born as an albino, has faced many difficulties from a young age. At four months old, the elephant was caught in a poaching snare in South Africa's Kruger National Park that cut through her mouth.

Trapped for four days, dehydrated and unable to eat because of her wounds, she was rescued and taken to a sanctuary in Mpumalanga, northeast of Johannesburg.

She was later transferred to Hoedspruit Elephant Rehabilitation and Development (HERD), where she now lives with a herd of elephants led by patriarchal bull Jabulani.

Adine Roode, HERD founder, said snaring is on the rise due to human overpopulation and dwindling wildlife habitats. People set the snares to poach large game or catch smaller prey for food or for sale.

Many elephants in the herd were also orphaned and hand-raised, Roode said.

"I think that is part of the reason that they accept the orphans, because they know how it feels," she said.

Albino elephants are rare, but those who have the condition can adapt to their environment. Khanyisa, whose name means sunshine in the local Tsonga language, is able to shelter in larger elephants' shadows on sunny days to protect her skin.

If the herd grows too big for the area, Khanyisa and the other elephants will be released back into the wild.

Khanyisa has bonded with a sheep named Lammie, who has provided support as a surrogate mother to orphaned rhinos and other elephant calves that come to HERD.

During the day, Khanyisa roams with the elephant herd and at night she sleeps in an indoor pen with Lammie and another sheep.

"Lammie played a huge role in Khanyisa's wellbeing, especially in the beginning. She helped Khanyisa to stay calm," said Roode.

Despite visible scarring from the snare, Khanyisa seems to enjoy being hand-raised and does not let her tough start in life stop her from shining brightly among the other elephants, she said.