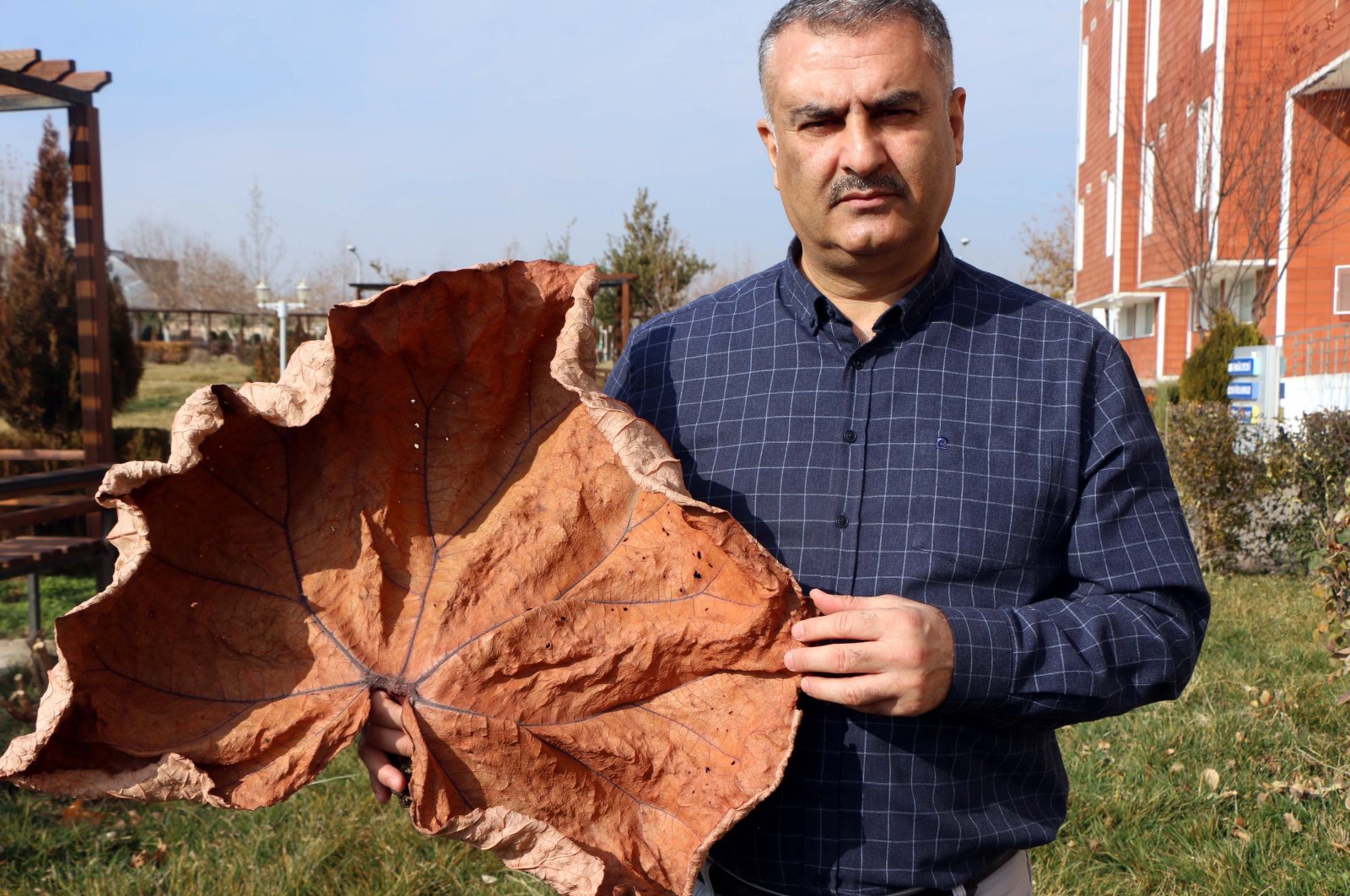 Turkish scientists have found a previously unknown type of plant in southeastern Adıyaman province in a discovery that has changed long-held views about vegetation in Turkey.

The plant has been named “Rheum telianum,” or “Tel Rhubarb” in Turkish, after professor Ahmet Zafer Tel of Adıyaman University who made the discovery.

Tel and his team had been working to trace “Rheum ribes,” which was the only rhubarb species believed to grow in Turkey, out of the nearly 60 species of rhubarb plants that can grow around the world. The results they obtained from their surveys and other botanical research in Adıyaman led them to realize that the samples they had collected from the village of Kayatepe actually belonged to a different species.

Tel said that after a thorough examination, they introduced “Rheum telianum” to the botanic world as a unique species. He stated that “Rheum telianum” was an endemic plant that only grew in Adıyaman.

Tel also pointed out that the plant was already widely used by locals due to its herbal and medicinal qualities, which along with its economic value, gave it significant importance for the local community. “For centuries, this plant has been part of Adıyaman, growing on its hills, picked by the local public to be eaten and sold,” he told Demirören News Agency (DHA).

The study not only proved the existence of the new species, but it also became the second rhubarb plant recorded to grow in Turkey and solidified its place among the country's endemic plants. The findings were published in the journal Phytotaxa in December 2020.

Tel stated that “Telianum” was also consumed widely as a food for its high nutritional value, and this put it at risk of needing protection and preservation.

“The world's population is increasing day by day and unfortunately, natural resources are being wasted senselessly. New and alternative foods are in demand as well. Today, for this reason, the discovery of this new species, which particularly possesses economic significance, is important. We are happy to contribute to our country's food economy and promote collaboration between universities and the industry, even if it is just with a plant,” he said.

Tel said the next step was getting the plant officially registered as it has all the criteria to qualify for geographical indication (GI).