Scientists in Australia use drones to monitor migrating sea turtles 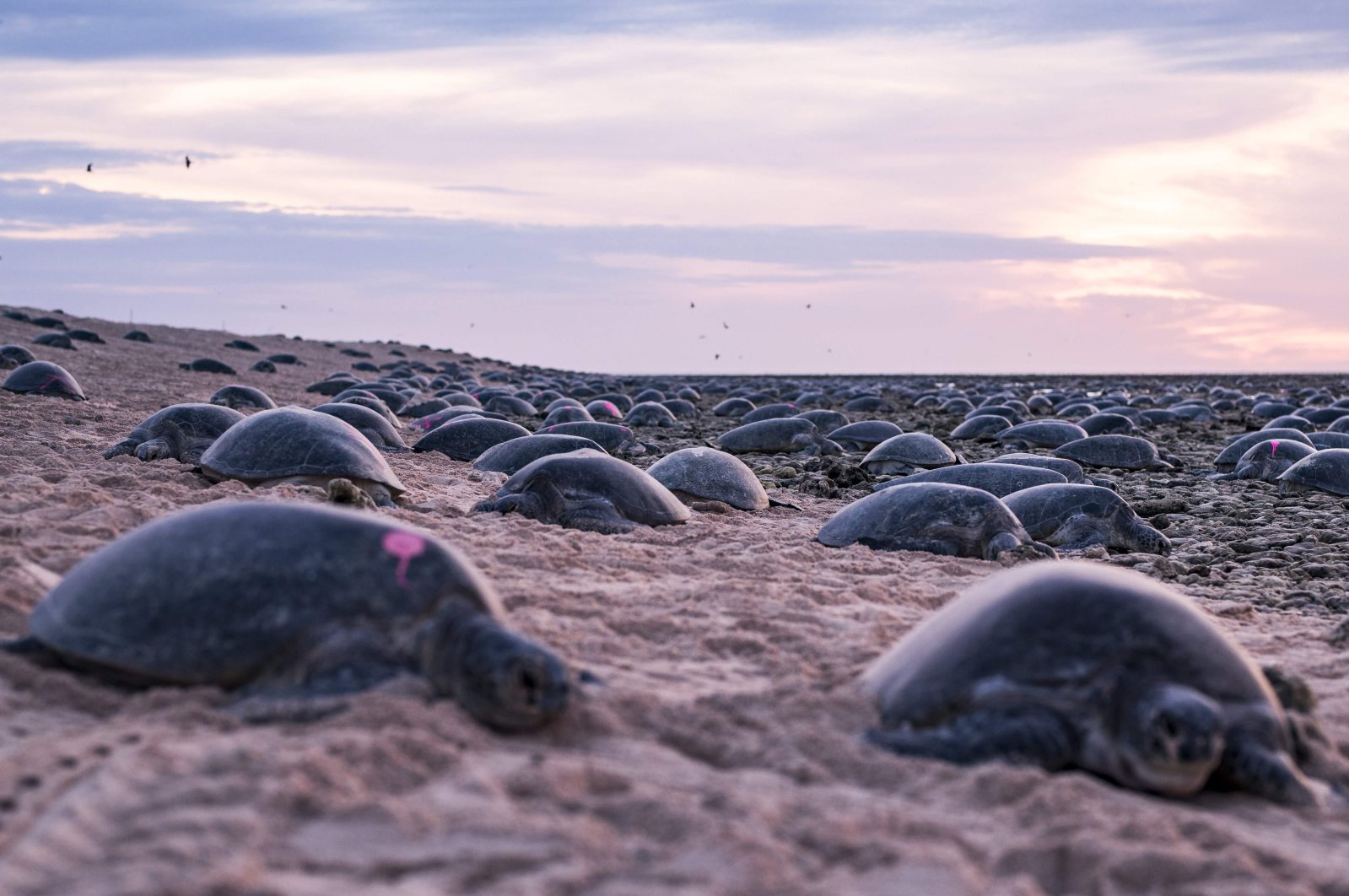 Researchers in Australia turned to drone technology for the first time to monitor sea turtles visiting the world's largest nesting site and have discovered the number is much larger than first thought.

Raine Island, off the northern tip of Australia, hosts around 60,000 female green turtles who migrate hundreds of kilometers from the Great Barrier Reef to lay their eggs each year.

Scientists working to protect the endangered species had struggled with how best to keep track of the nesting turtles but revealed in a paper published in the peer-reviewed journal PLOS ONE last week that their new use of drones showed they had been underestimating numbers by more than 50%.

The researchers had previously counted turtles as they landed on the beach to lay eggs – with about 23,000 counted in a single night – and by marking the creatures with nontoxic soluble paint to more easily track them in the ocean.

"Trying to accurately count thousands of painted and unpainted turtles from a small boat in rough weather was difficult," the paper's lead author Andrew Dunstan said.

"Using a drone is easier, safer, much more accurate, and the data can be immediately and permanently stored."