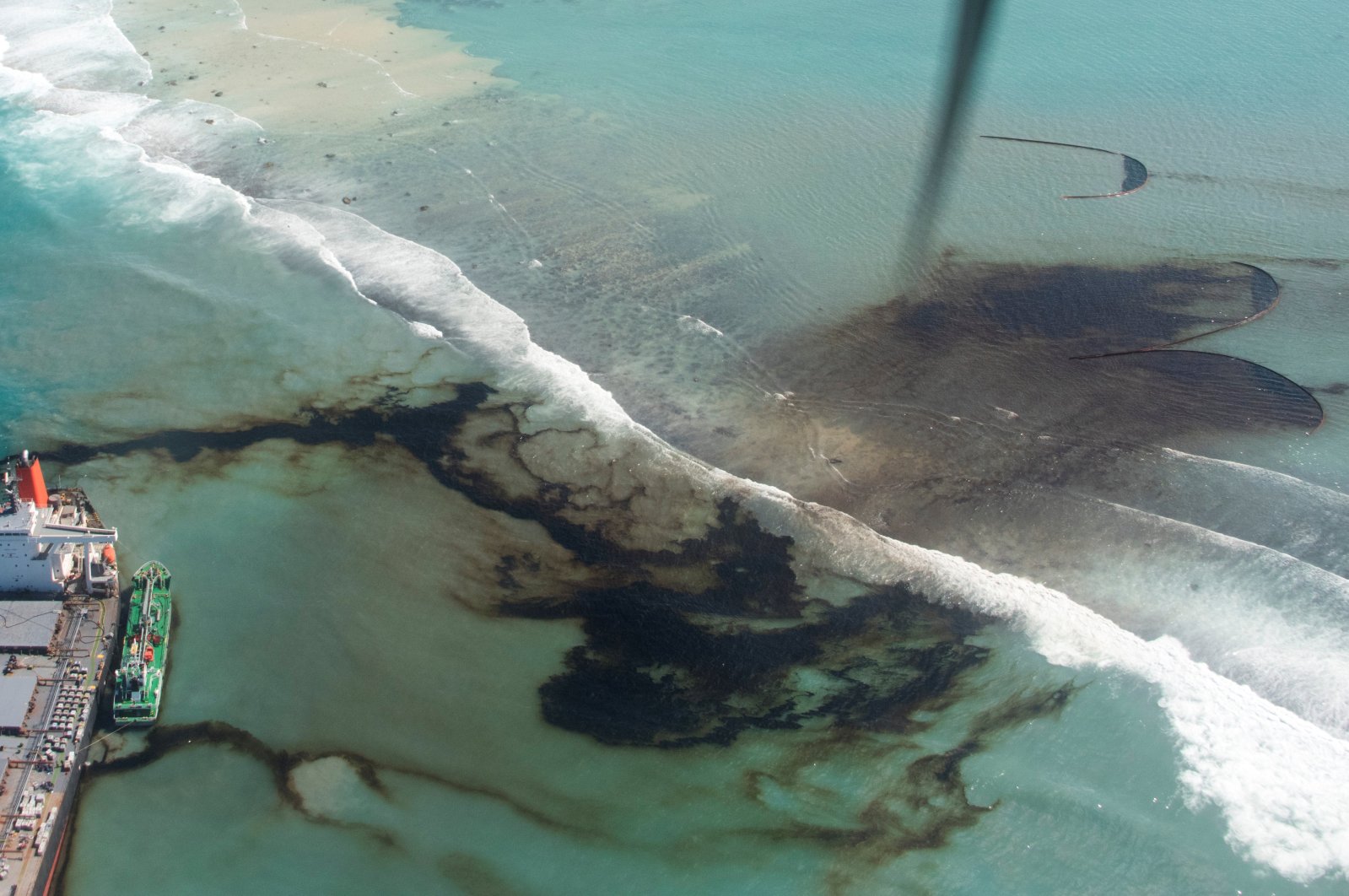 Mauritian volunteers fished dead eels from oily waters on Tuesday as they tried to clean up damage to the Indian Ocean island's most pristine beaches after a Japanese bulk carrier leaked an estimated 1,000 tons of oil.

Activists told Reuters that dead eels were floating in the water and dead starfish were marked by the sticky black liquid. Crabs and seabirds are also dying.

"We don't know what may happen further with the boat, it may crack more," said clean up volunteer, Yvan Luckhun.

The MV Wakashio is still holding some 2,000 tons of oil and it is expected to eventually break up, Prime Minister Pravind Jugnauth said late on Monday, warning that the country must brace for the worst.

Tourism is a leading part of the Mauritius economy. The government, which declared an emergency on Friday due to the spill, is working with former colonial ruler France to try to remove the oil.

The spill has set back two decades worth of restoring the natural wildlife and plants in the lagoon, which started after the government banned sand harvesting in the area back in 2000, said Vikash Tatayah, conservation director at Mauritius Wildlife Foundation, a nongovernmental organization.

The fragmentation of the oil in the sea is expected to damage corals when the heavier particles in the oil settle on them, he said, adding that the steps taken by the government to prevent the disaster are also being scrutinized.

"There is some anger and some criticism from the civil society that the government may have taken too much time to respond," Tatayah said. The ship was grounded for nearly two weeks before it started leaking oil.

There was no immediate comment from Mauritian government officials.

The Wakashio passed an annual inspection in March without any problems, Japan's ClassNK inspection body said.

Mitsui OSK Lines said in a statement, "We will do our utmost towards resolving the situation quickly." It did not provide any details. The company said it has sent six employees to the site and was considering sending more, along with transport supplies.

The International Maritime Organization said it had joined efforts to tackle the spill by providing technical advice and coordinating the response. U.N. agencies and other international groups were also mobilizing environmental and oil spill experts.