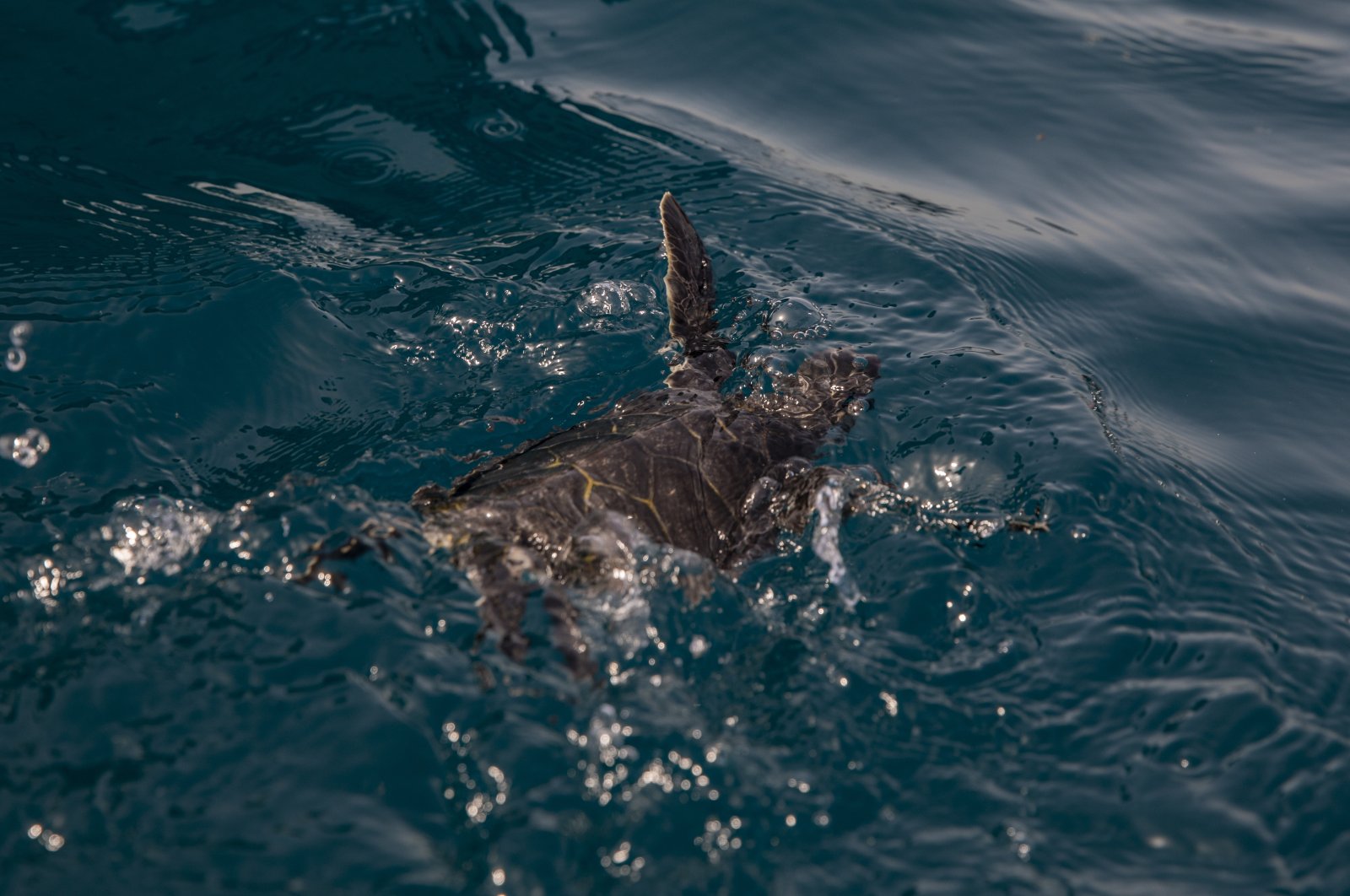 A handful of endangered sea turtles have been returned to Mediterranean waters after surviving an oil spill that required they undergo weeks of cleaning, including gastric purges with mayonnaise.

The mid-February disaster, blamed by Israeli authorities on crude oil released from a passing ship, blighted coasts as far north as Lebanon and Gaza to the south. Wildlife casualties included 29 green or loggerhead turtles that washed up dead.

But three of each endangered breed were rescued by the Israel Nature and Parks Authority, whose rangers used cotton buds and wipes to painstakingly dislodge tar from the plate-sized animals' eyes, noses and mouths.

Tube-fed mayonnaise also served to expel oil that had been swallowed or inhaled by the snappers, the authority said.

The turtles – whose sex was not yet clear, given their young age – were lowered off a boat into the Mediterranean 3 miles (5 km) from shore, a distance the rangers hoped would spare them danger from predators, fishermen or marine traffic.

"They are very special animals in a position of extinction so every turtle that goes back to the sea and will survive and bring back more turtles to us," authority head Shaul Goldstein said, after watching his former wards wade into the depths.

"Maybe this will prevent the extinction and will let our children and grandchildren see sea turtles in the future."