Seeing with our own eyes: Is the Mediterranean becoming a tropical sea? 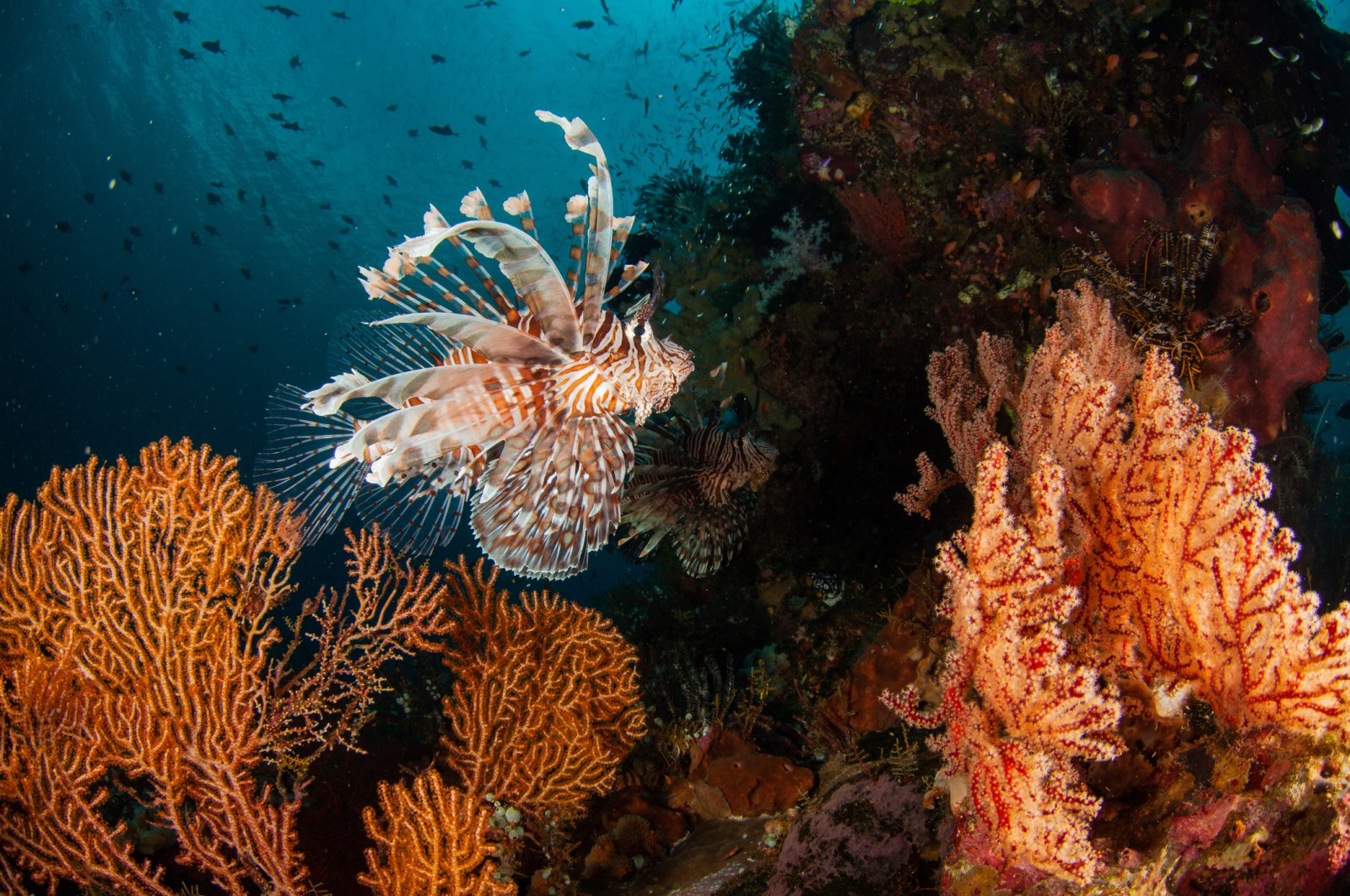 Tropical species have become dominant in some parts of the Mediterranean since they moved into the sea via the Suez Canal. (iStock Photo)
by DAILY SABAH Jun 17, 2020 12:40 pm
Edited By Yasemin Nicola Sakay
RECOMMENDED

For the first time in human history, the world is witnessing the sort of change that happened millions of years ago and that change is happening right at Turkey's doorstep, the Mediterranean.

The Mediterranean, the first and only sea in the world that humans witnessed changing character, is becoming more tropical.

This change, which has gained momentum over the last 25 years, especially in the Eastern Mediterranean, is most apparent and happening the fastest in the Gulf of Mersin on the southern Turkish coast. Evidently, the development has piqued the interests of marine scientists studying the region.

Associate professor Deniz Ayas from Mersin University's Faculty of Fisheries says he, too, has witnessed the gradual transformation over the years, especially when he goes diving.

Speaking to Ihlas News Agency (IHA), he said: "Millions of years ago, when there was no Mediterranean in existence, there was a sea called the Sea of ​​Tethys. Then in time, the Mediterranean was formed and then the Black Sea. Seas can change character over a span of millions of years. A change that we can see with our own eyes in a period that humans existed is taking place today."

Ayas said tropical species which migrated through the Suez Canal when it opened in the late 1800s entered the Mediterranean by this new marine road, deeply changing the ecosystem of the Eastern Mediterranean and its biodiversity by establishing a population there.

"A large number of microscopic and macroscopic sea creatures, including fish, jellyfish, sea urchins and mussels, have infiltrated the Mediterranean through the Suez Canal," he said, adding that some species such as coral, red mullets, sardines and shrimp, which we have known as being native to our sea, actually came from tropical seas to Turkish waters.

Underlining that this process and the movement of species has been ongoing for more than 100 years, Ayas said the most notable of these migrating species have been the lionfish and balloonfish.

Home to over 8,500 macroscopic sea creatures, including its relatively new tropical guests, the Mediterranean ecosystem is also experiencing a change in its underwater food chain due to this shift.

These newer tropical species are joining the existing food chain at different points, so they are lengthening the overall chain or causing some native populations to decline by way of consuming the same foods or species as them, Ayas said.

Stating that the migration of Lessepsian species through the Suez Canal to the Eastern Mediterranean has accelerated with the general increase in sea temperatures in the last 25 years, Ayas said: “The biggest factor is the opening of the Suez Canal. But when we look at the beginning of the 1900s, we see an increase in temperature and salinity. This brings about a change in terms of biodiversity with both the oceanological conditions of the Mediterranean and the species transition.

Ayas said there has been a particular increase in tropicalization since the 1990s when the effects of global warming really started showing.