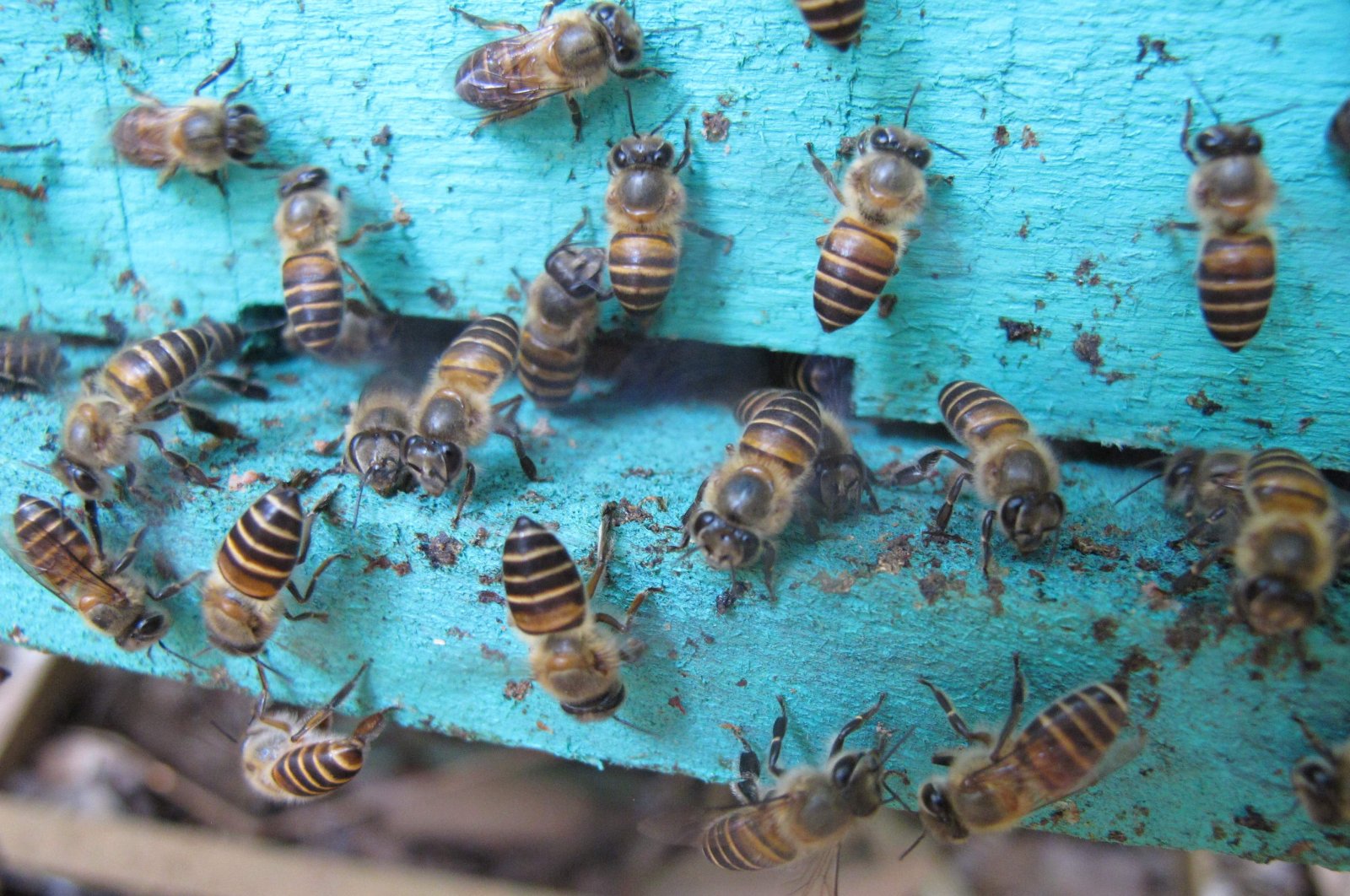 It's certainly one way to defend your home.

Scientists have observed that Asian honey bees collect chicken feces, buffalo dung and even human urine, then smear it around the entrances of their nests to stop attacks from marauding giant hornets.

The pungent practice is the first documented case of honey bees collecting non-plant matter, and the first clear example that they can use a "tool" (in this case, excrement).

A team led by Heather Mattila at Wellesley College published a study on the phenomenon in the journal PLOS ONE on Wednesday.

"We're adding another, rather complicated defense that Asian honey bees have to an already impressive list of defenses they have to prevent these hornets from destroying their colonies," she told Agence France-Presse (AFP).

It was previously known that honey bees, famous for their prolific collection of resources, have devised an array of strategies to deflect attacks from predators.

These include physically shielding their colonies, performing synchronized body shakes or wave-like displays, hissing, or enveloping intruders in a ball until they overheat.

Giant hornets, who are four to five times bigger than honey bees, are well-armored killing machines with a venomous sting and powerful mandibles for crushing, dismembering and chewing prey.

A scout hornet can find a honey bee nest, chemically mark it, and then recruit up to 50 of its own nestmates for a wholesale slaughter – killing thousands of their targets before occupying their home.

In the new study, Mattila and her colleagues observed three apiaries in Vietnam, where one beekeeper had informed them that the strange spots seen on honey bee nests in fact came from water buffalo dung.

They also found that colonies that were exposed to secretions from glands that giant hornets use to mark nests for attack had more fecal spots around their nest entrance after six hours than colonies exposed to a control substance.

Hornets were less likely to land on nest entrances with large numbers of fecal spots, and they spent 94% less time chewing at the entrance if they did land.

The authors wrote that the animal feces may contain compounds that deter the hornets. Or, it might be masking the chemical markers the hornets put down to target colonies for mass attacks.

"The use of animal feces by Asian honey bees showcases the impressive suite of weapons they have evolved to defend their colonies against one of their most dangerous predators," they said.

"It also highlights the reasons why European honey bees, which don't have these defenses, succumb to giant hornets so easily when they are introduced into each other's range."