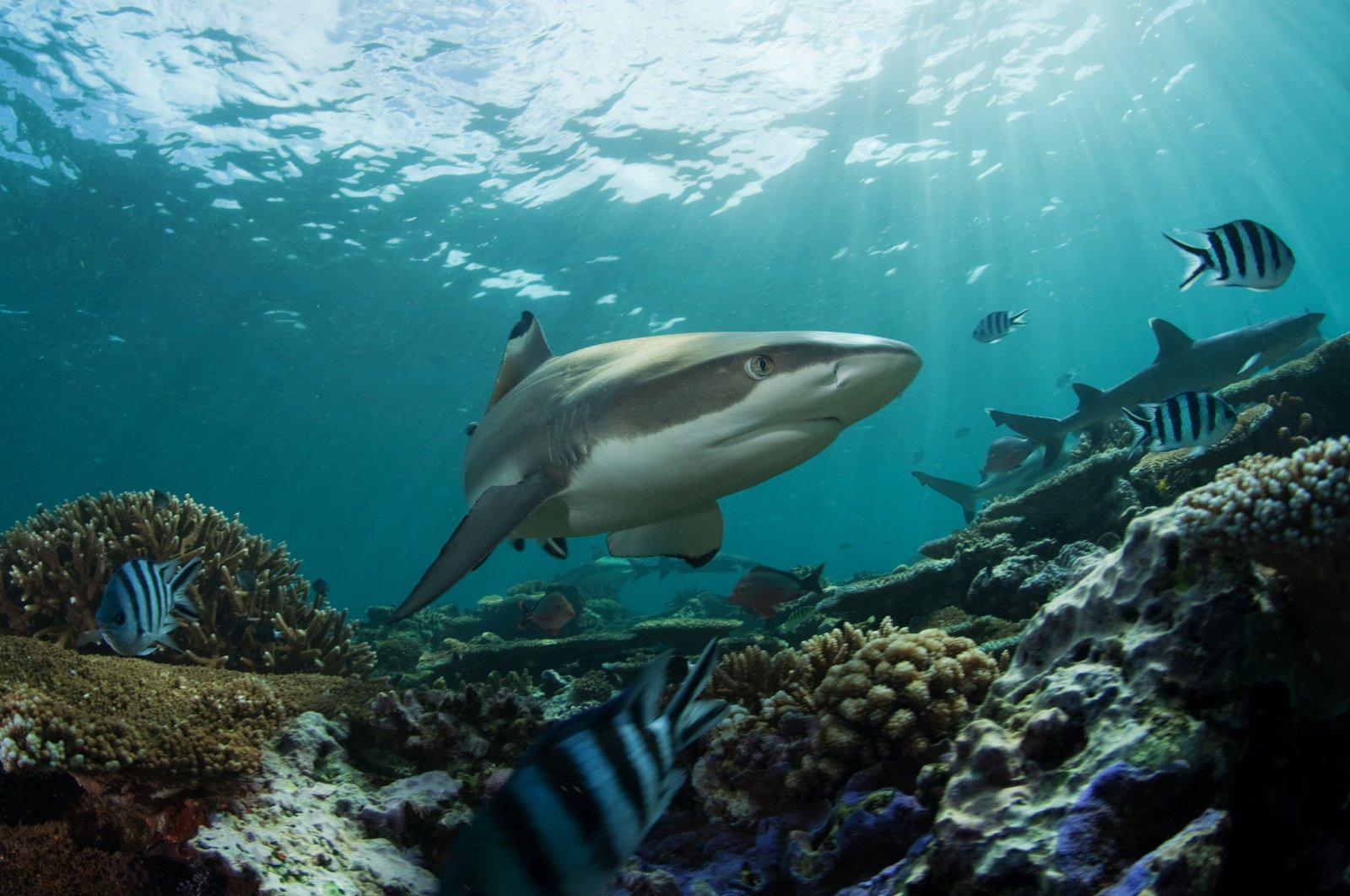 Sharks have more complex social lives than previously known, as shown by a study finding that gray reef sharks in the Pacific Ocean cultivate surprising social networks with one another and develop bonds that can endure for years.

The research focused on the social behavior of 41 reef sharks around the Palmyra Atoll, about 1,000 miles (1,600 kilometers) southwest of Hawaii, using acoustic transmitters to track them and camera tags to gain greater clarity into their interactions.

Far from being solitary creatures, the sharks formed social communities that remained rather stable over time, with some of the same individuals remaining together during the four years of the study.

The researchers documented a daily pattern, with sharks spending mornings together in groups of sometimes close to 20 individuals in the same part of the reef, dispersing throughout the day and into the night, and reconvening the next morning.

"Sharks are incredible animals and still quite misunderstood," said Florida International University marine biologist Yannis Papastamatiou, lead author of the research published this week in the journal Proceedings of the Royal Society.

"I like to talk about their 'secret social lives' not because they want it to be a secret, but because only recently have we developed the tools to start seeing and understanding their social lives," Papastamatiou added. "Not all sharks are social and some are likely solitary."

The reef shark is medium-sized, reaching about 6 feet (2 meters) long. Its sociality bore similarities in terms of stability over time to certain birds and mammals but differed in that it did not involve nesting, mating, making vocalizations or friendly interactions.

The researchers suspect the sharks hang out together because it may help ensure that the various individuals find prey.

"For some time we have known that sharks are capable of recognizing particular group mates and having social preferences," said marine biologist and study co-author David Jacoby of the Institute of Zoology in London.

"Our study reveals for the first time that they are actually capable of maintaining social partners for multiple years. Further we offer a possible mechanism for such long-term social structure – namely that social groups likely operate as information centers from which individuals can follow one another to offshore feeding areas.