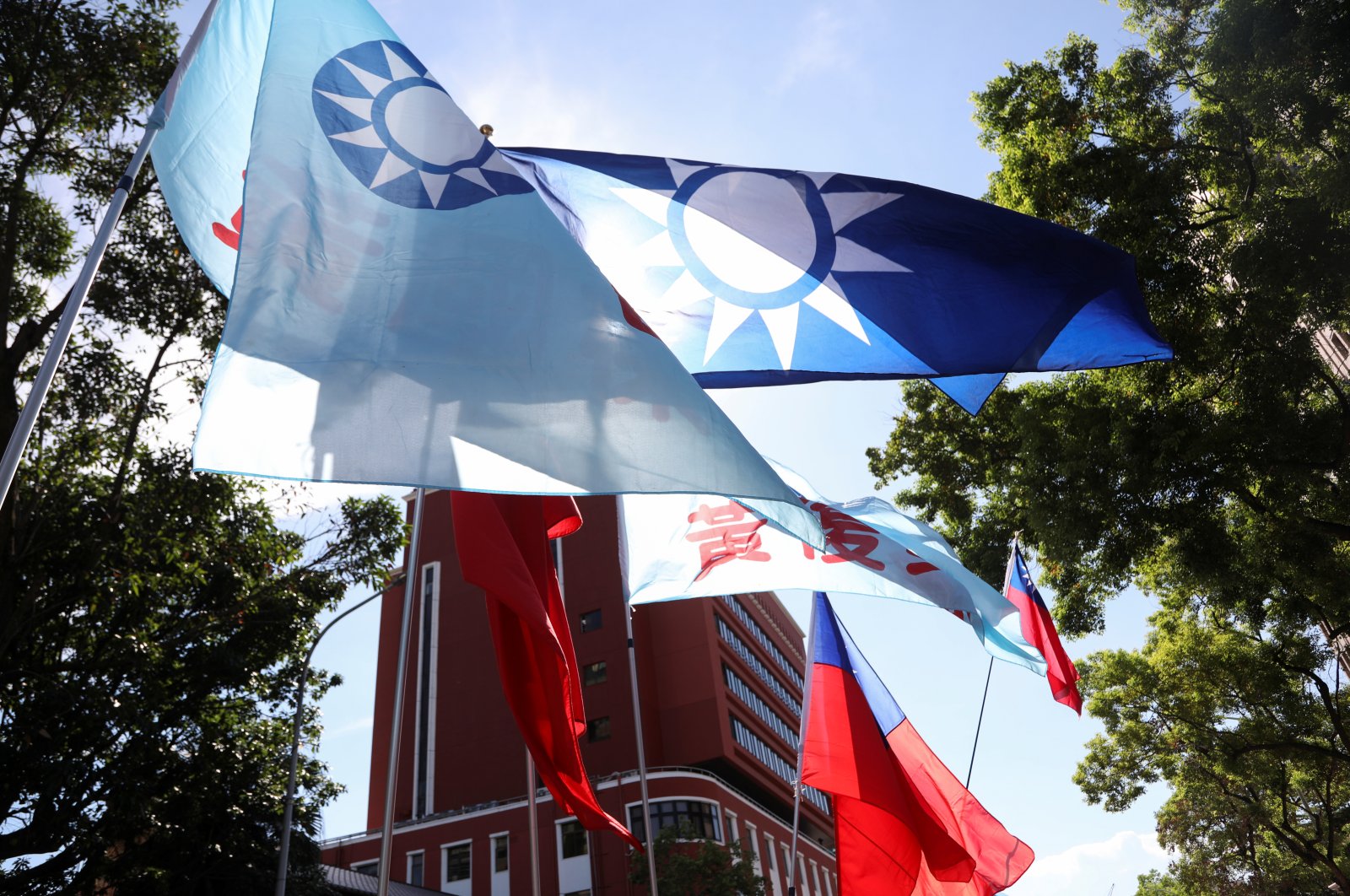 A Taiwan flag waves as people protest against the nomination of Chen Chu to head the Control Yuan, an independent government watchdog, outside the parliament building in Taipei, Taiwan, July 17, 2020. (Reuters Photo)
by Daily Sabah with AA Jul 20, 2020 2:37 pm

Taipei registered 39 degrees Celsius (102.2 degrees Fahrenheit) which is the second-highest temperature in the city since 1897 and the hottest day ever in July.

Taiwan’s Nantou county recorded 39.3 degrees on Sunday; however, the weather bureau said the station in the county is an unmanned observation platform, whose measurements are not added to the national record.

Taiwan’s CWB had already issued an "orange” heat alert for the capital which warns of a one-day temperature high of 38 degrees Celsius or a maximum of 36 degrees Celsius for three consecutive days.