Tens of thousands of sea turtles discovered in Australia 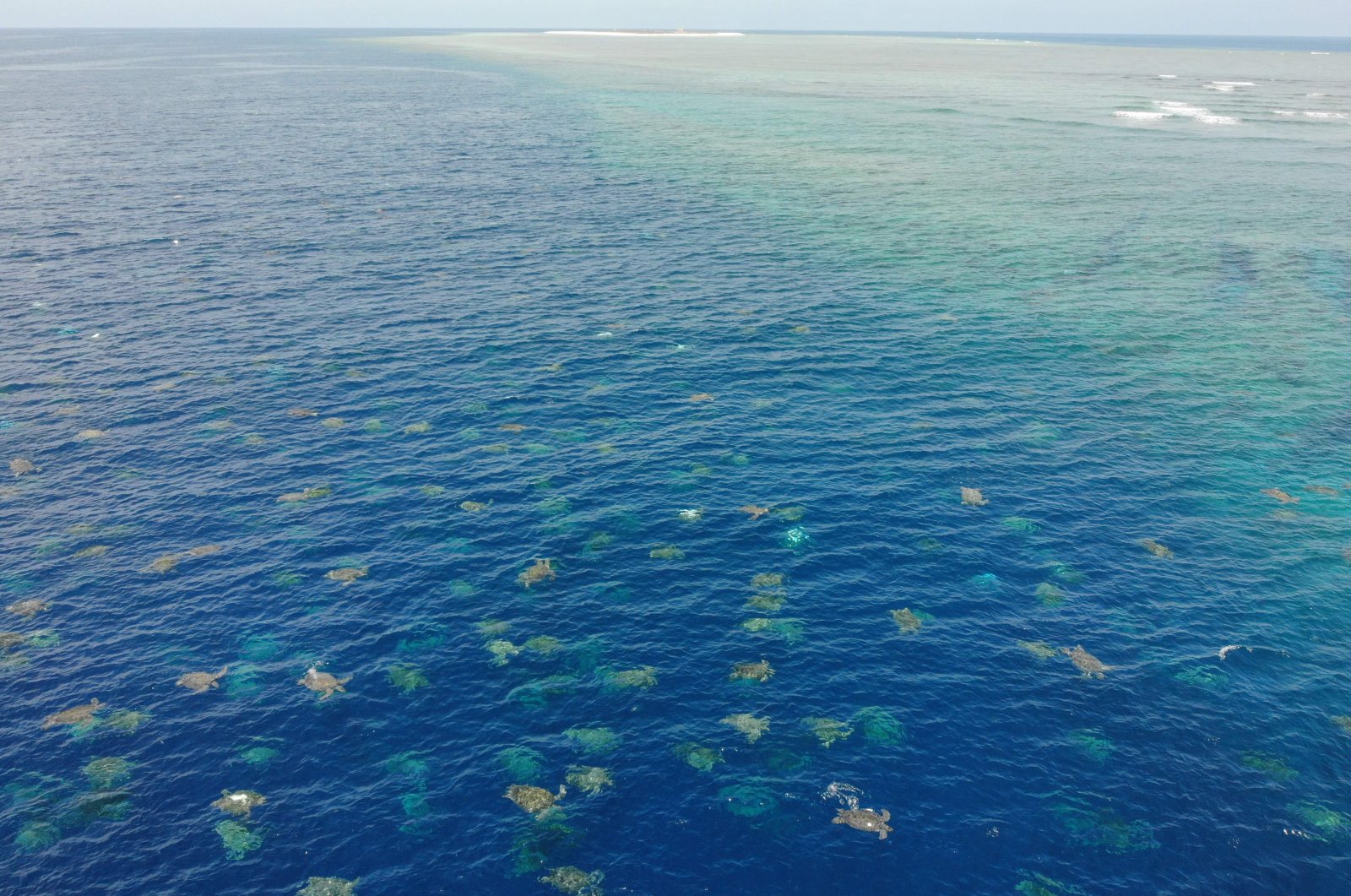 Drone footage has revealed that the world's largest nesting site for green sea turtles in Australia is much bigger than previously thought, with tens of thousands of the animals present.

Researchers counted the endangered turtle species, whose scientific name is "chelonia mydas," on Raine Island in the northern Great Barrier Reef with the help of a drone and were surprised to find up to 64,000 turtles roaming around the coral island to lay their eggs between November and March. The numbers are almost twice as many as previously thought.

The find comes after the evaluation of drone footage taken in December 2019 as part of the "Raine Island Recovery Project," the researchers said.

Before reviewing the images scientists had assumed that only around 36,000 green turtles come to nest there each season.

"Previous population survey methods involved painting a white stripe down the green turtles' shell when they were nesting on the beach," said Andrew Dunstan of the Department of Environment and Science (DES).

"From a small boat, we then counted painted and non-painted turtles, but eyes are attracted much more to a turtle with a bright white stripe than an unpainted turtle, resulting in biased counts and reduced accuracy."

A green sea turtle lays up to 600 table tennis ball-sized eggs per season. After the eggs have been laid, the animals disappear into the sea again, leaving them to hatch in the sun and warm sand.

The animals are up to 1.4 meters long, weigh around 160 kilograms and live up to 50 years.

The 21-hectare coral island Raine Island is a national park together with two neighboring islands.