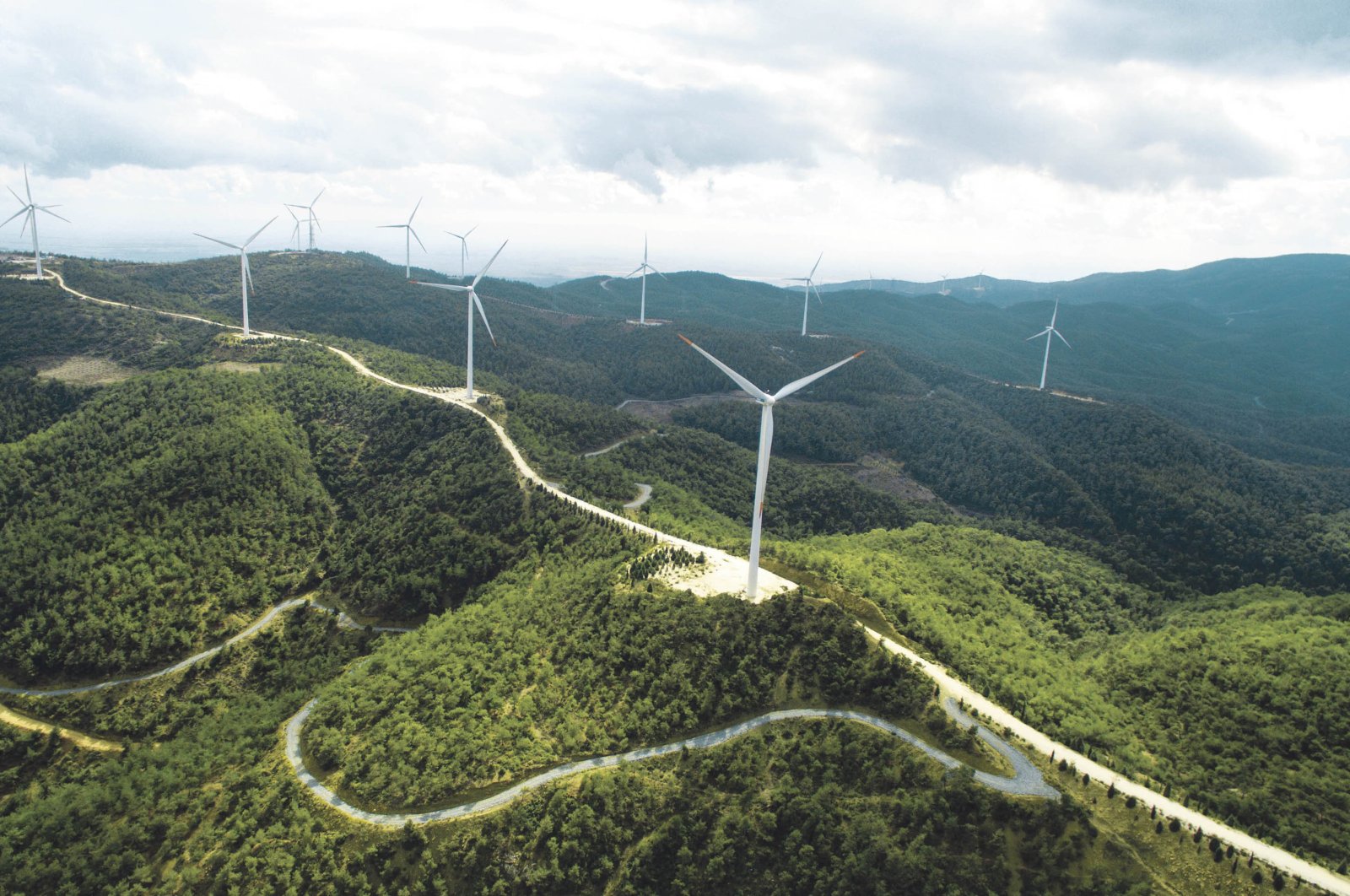 Turkey is looking to increase the use and capacity of its solar, wind and other renewable energy sources. (FILE Photo)
by Daily Sabah with AA Mar 31, 2020 12:46 pm

Turkey is going full steam ahead to reduce its greenhouse gas emissions and showing ambition to increase existing efforts. And although there is still a long way to go and stricter measures to take, the Turkish Statistical Institute (TurkStat) has come bearing some good news.

According to data obtained by TurkStat, Turkey's total greenhouse gas emissions in 2018 fell by 0.5% compared to the previous year, recording a decrease equivalent to 520.9 million tons of carbon dioxide (CO2).

Data showed that during this period, the largest culprit for CO2 was still the energy sector with 71.6%, followed by industrial processes and product use with 12.5%, agricultural activities with 12.5% and waste, including landfills and wastewater, with 3.4%. The total greenhouse gas emissions per person were 4 tons of CO2 in 1990, while this figure reached 6.5 tons in 2017, and then dropped to 6.4 tons in 2018.

Worldwide, most greenhouse gas emissions were recorded in China.

According to global emission data calculated by the World Resources Institute, the highest greenhouse gas emissions came from China which accounted for 25.8% in 2016. It was followed by the United States with 12.8% and India with 6.7%.