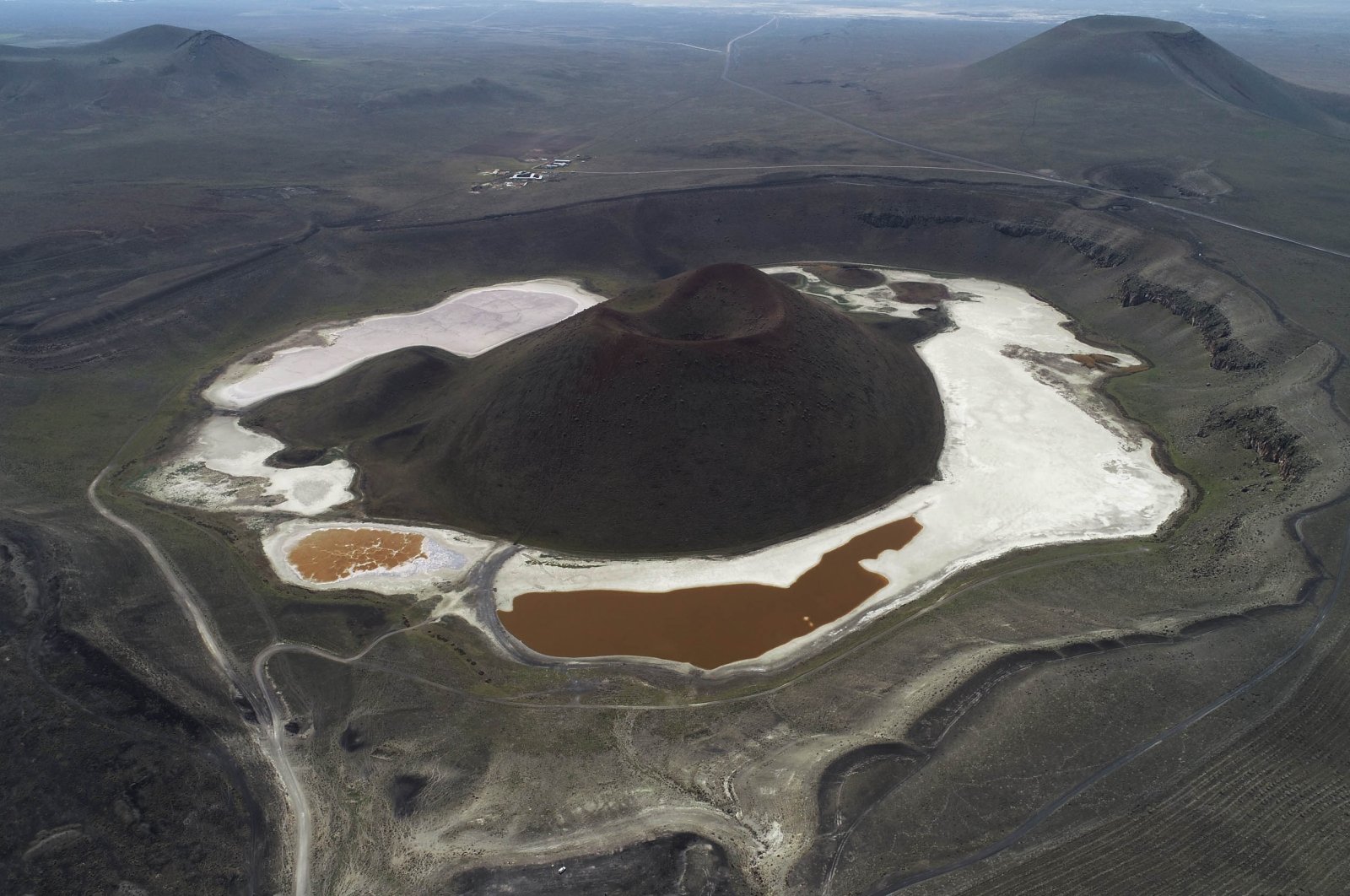 Lake Meke in Turkey’s central Konya province has dried up due to years of low rainfall and misusage of its water for agricultural purposes. The remaining puddles in the lakebed have turned red due to the microorganisms present.

Lake Meke once had a depth of 12 meters, but gradually dried up due to drought and unregulated usage of the underground waters that supply the lake, primarily for agricultural purposes. Currently, only a small amount of water remains in one part of the lake.

Mehmet Yaka, the mayor of Konya’s Karapınar district, where Lake Meke is located, said that the lake would regain its former beauty and provide a solution to water shortages if officials form an action plan and review of the use of the local water resources.

He added that the lake could also make a contribution to Turkey’s tourism industry with planning by the Environment and Urbanization Ministry.

Lake Meke was declared a first grade protected area in 1989 and registered as a natural monument in 1998.