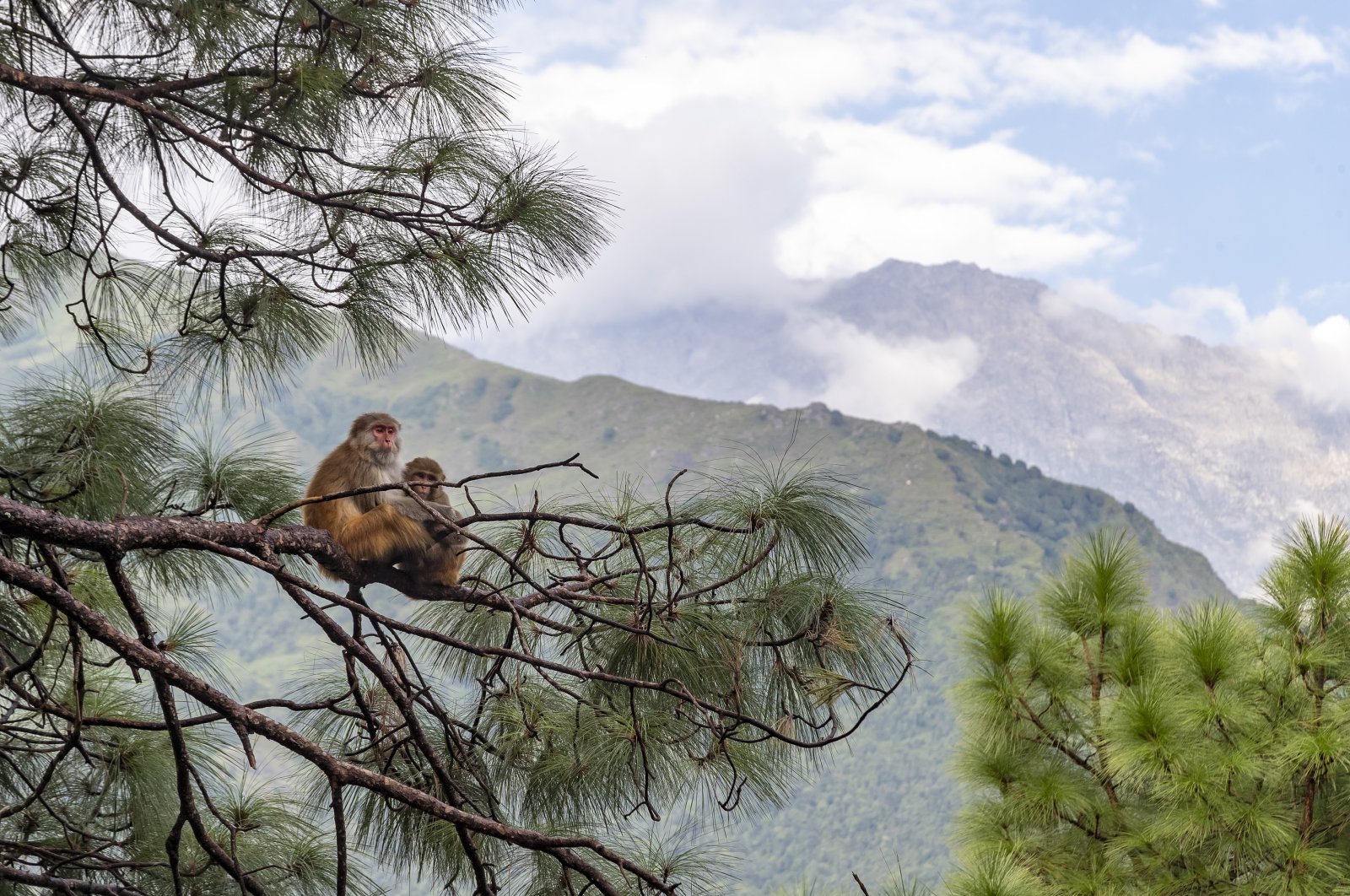 Wildlife trafficking recently made headlines in Turkey after a famous YouTuber was detained for smuggling of monkeys. The supply and demand chain needs to be broken to fight trafficking of wild animals, watchdog official says

“Laws need to impose prison sentences for animal traffickers and also the people who buy such animals. Fines need to get higher so it can scare people from committing the crime,” she said.

Smuggling of wild animals came under the spotlight in Turkey recently, as famous YouTuber Meriç Izgi, who faced an online backlash for exploiting monkeys in his videos, was detained for smuggling yet another primate into Turkey.

It was the third monkey seized from Izgi within months after the YouTuber was accused of separating macaque monkeys from their mothers and driving them to death.

Anti-smuggling police raided Izgi's home in Istanbul’s Sarıyer district and detained him for violating an international treaty against the smuggling of macaque monkeys. The monkey has since been handed over to the local wildlife authority for care.

Gedik, who spearheaded efforts to bring legal charges against Izgi, thanked the officials of the General Directorate of Nature Conservation and National Parks (DKMP), which is a subdivision of the Turkish government’s Ministry of Agriculture and Forestry.

“We came across him when he still had the first monkey. Such Instagram influencers have a broad fan base and these fans may copy the influencer's lifestyle. Fashion designers provide them clothes as a way of promoting the brand. So, imagine influencers promoting their lifestyle with the monkey ... This is inciting many others to buy more primates and this is fueling the notorious wildlife trafficking,” she said.

“We contacted him to tell the facts and we have been pushed away,” she added, underlining that the watchdog also received threats. “Wild at Life is fighting poachers in the deep forest of Africa. Intimidation was not something we accept,” she said. “In the meantime, he bought the second monkey. We worked in closed cooperation with DKMP Istanbul in order to confiscate the second animal,” Gedik added.

“After the confiscation of the second primate, we knew he would buy a third one because in our country, it is unfortunately easy and affordable. Exactly one week later our intelligence found out he bought another animal. This was the day I decided to make the campaign tougher,” she added.

"We have shared a picture of Meriç with the monkey and a family of murdered primates on Instagram. We have also shared the footage of a video call that shows Izgi thanking the animal traffickers in a video call. We worked with DKMP closely and thanks to their commitment and their intel work, we could localize the address where the confiscation operations were carried out,” she said.

“We used all means and thanks to awareness and public opinion, the third confiscation ended up with Izgi being taken in custody. This is the first in Turkey's history. We hope we can work more closely with the authorities to ban all these animals from crossing our borders,” she concluded regarding the Izgi case.

Gedik also shared information regarding the illegal wildlife trade: “According to the United Nations, illegal wildlife trade and smuggling is the fourth most lucrative global crime destroying the planet, with yearly revenue of $23 billion.” She added, “Wild animals are poached and killed from the wilderness in the cruelest way, elephants for their tusks, rhinos for their horn, lions as trophies, primates for exotic pet trade and the list goes on.”

“For every baby primate to reach the end buyer, like in the case we have in Turkey, an average of 10 family members are murdered in the process. The first to be killed is always the mother, as she will never let her baby go without getting murdered first,” she stated.

Gedik also underlined that contagious diseases, like the ongoing coronavirus pandemic, spread from wild animals to humans. “With this interaction between wild animals and humans, many viruses are unleashing from the wilderness and harm our species. Primates carry diseases like ebola, hepatitis and measles. Even COVID-19 has emerged from human consuming bushmeat and interaction with wild animals,” she added.

“Wild at Life is fighting daily in Africa to combat wildlife crime. We rescue orphan victim primates, mostly chimpanzees from the notorious traffic and we give them place in our base camp sanctuary. We would like to open a sanctuary in Turkey and bring all these wild animals who have no place to go and give them the freedom and care they deserve,” Gedik said.

“In 2017 Wild at Life rescued 13 wild animals trapped in Aleppo Syria Zoo with the help of our government. We need to show our commitment to safeguard biodiversity. Globally, wildlife is depleting rapidly. Governments are now taking the issue very seriously. We need to do the same in Turkey and we need to participate in this valuable mission. If there is no wildlife there will simply be no life,” she concluded.