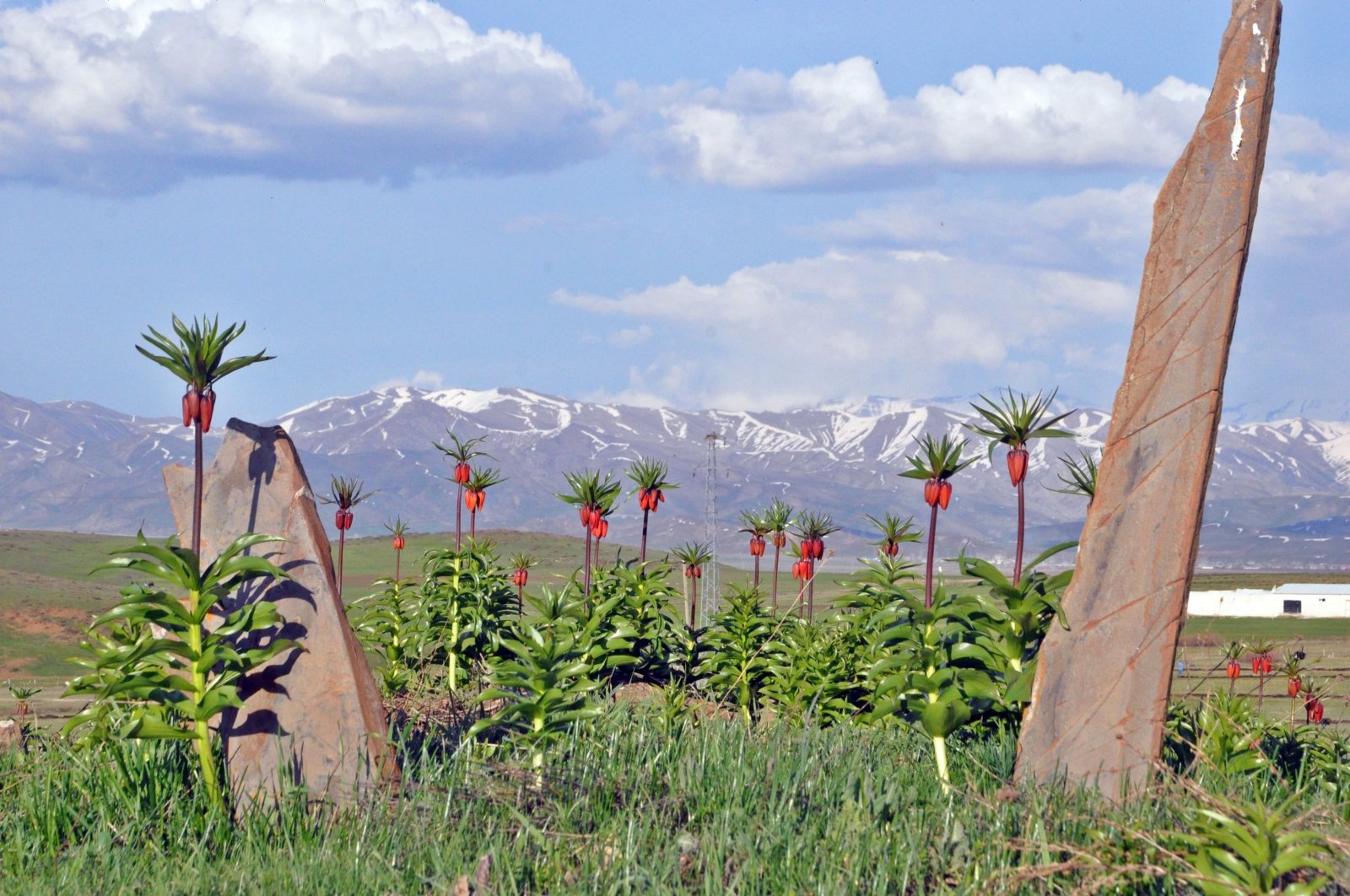 Reverse tulips have already bloomed in the plains of Yüksekova in Hakkari. (IHA Photo)
by DAILY SABAH WITH AA May 03, 2020 10:55 am

A unique tulip, known as the crown imperial or fritillaria imperialis, is in full bloom in the mountainous areas of eastern and southeastern Turkey now that spring is in full swing.

The crown imperial tulip has red, yellow or orange blooms often with a crown on top, hence the name, and have been adding a colorful touch to the local landscape.

The inverted tulip is known by locals as "ağlayan gelin" (the weeping bride) because traditionally they represent brides separated from their lovers. However, these unique flowers have also been associated with the tears of the Virgin Mary and the crucifixion of Jesus in Christianity.

In late spring, clusters of these bell-shaped flowers decorate mountains and rocky areas in eastern provinces like Muş, Bingöl and Hakkari. The flower can also be seen in Iraq, Iran, Afghanistan and Pakistan.

A local from Bingöl, Ziya Sözen, was left in awe by the unique tulip which he said he had seen for the first time.

"The villagers found them by chance," Sözen said.

"These tulips grow on their own in their natural environment inside the forest," he added.