What are the dangers of volcanic eruption on Spanish island? 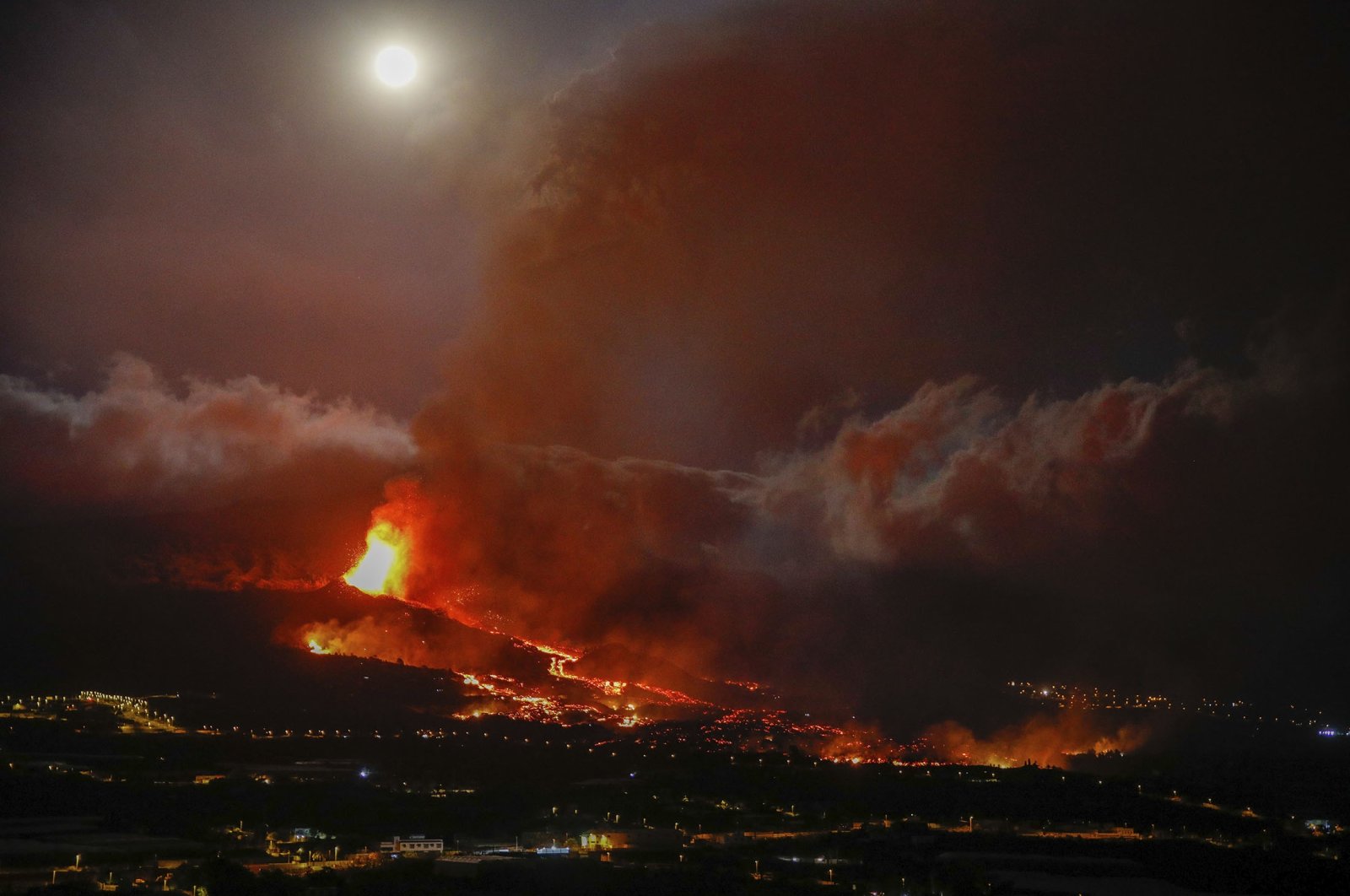 Thousands of people were evacuated over the weekend as a volcano on a small Spanish island in the Atlantic Ocean erupted after a weeklong buildup of seismic activity, and it continues to spew lava and plumes of ash out into the air and onto the island, while authorities warn that more dangers from the explosion lie ahead.

So, what happened on the island of La Palma leading up to the volcanic eruption, and what are the likely consequences?

Where did it erupt?

The eruption occurred Sunday afternoon on La Palma, one of eight volcanic islands in Spain's Canary Islands archipelago, which is strung along Africa's northwestern coast. It was the second volcanic eruption in 50 years for the island, which has a population of 85,000.

A 4.2-magnitude quake was recorded before the eruption. Huge plumes of black-and-white smoke shot out from the Cumbre Vieja volcanic ridge after a week of thousands of small earthquakes.

Unstoppable rivers of molten lava, some up to 6 meters (20 feet) high, are now flowing downhill toward the ocean, engulfing everything in their path.

The Canary Islands are a volcanic hot spot popular with European tourists due to their mild year-round climate. Mount Teide, on the nearby island of Tenerife, is one of the world's tallest volcanoes and Spain's highest mountain. On La Palma, people live mostly from farming.

Scientists had been closely monitoring a build-up of underground magma in La Palma for a week before the eruption, detecting more than 20,000 earthquakes – most too small to be felt. That is known as an "earthquake swarm" and can indicate an approaching eruption.

After the 4.2-magnitude earthquake, two fissures belched bright red magma into the air. The lava flowed in streams down the mountain slope.

The close scientific monitoring meant that authorities were able to quickly evacuate people when the volcano erupted and no casualties have been reported.

But the damage to property, infrastructure and farmland has been considerable. So far, the eruption has destroyed around 190 houses and forced the evacuation of 6,000 people. The molten rock has also entombed banana groves, vineyards and crops of avocado and papaya. Some irrigation networks have been lost, groundwater contaminated and roads blocked.

The rivers of lava are now moving toward the island's more populated coast and the Atlantic Ocean, where they could cause new problems.

Authorities say residents face a host of dangers in the coming days and weeks.

When the lava reaches the Atlantic Ocean, it could cause explosions and produce clouds of toxic gas. Scientists monitoring the lava measured it at more than 1,000 degrees Celsius (more than 1,800 degrees Fahrenheit). In the island's last eruption in 1971, one person died after inhaling the gas emitted as lava hit the water.

The volcano has been producing between 8,000 and 10,500 tons of sulfur dioxide a day, the Volcanology Institute said. Sulfur dioxide is smelly and irritates the skin, eyes, nose and throat. It can also cause acid rain and air pollution.

The eruption has also produced volcanic ash, which can cause respiratory problems. Authorities on La Palma told people in the wide areas where the ash was falling to stay indoors with their doors and windows closed.

Scientists say the lava flows on La Palma could last for weeks or even months. The last eruption on the island, in 1971, went on for just over three weeks.

The last eruption on all of the Canary Islands occurred underwater off the coast of El Hierro island in 2011. It lasted five months.