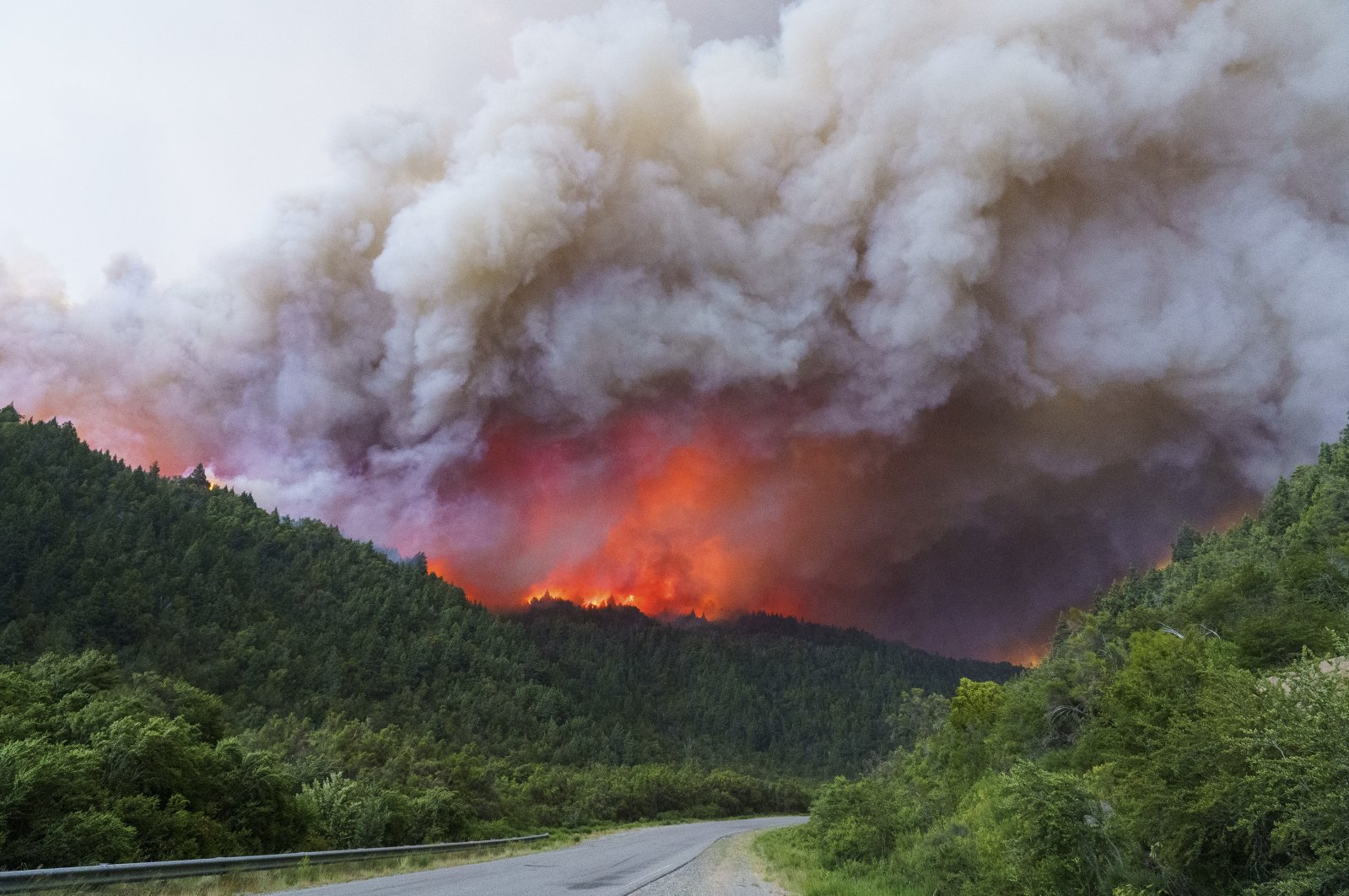 The last seven years have been the hottest on record globally "by a clear margin," the European Union's climate monitoring service reported Monday, as it raised the alarm over sharp increases in record concentrations of methane in the atmosphere.

Countries around the world have been blasted by a relentless assault of weather disasters linked to global warming in recent years, including record-shattering wildfires across Australia and Siberia, a once-in-1,000-years heat wave in North America and extreme rainfall that caused massive flooding in Asia, Africa, the United States and Europe.

In its latest annual assessment, the Copernicus Climate Change Service (C3S) confirmed that 2021 had joined the unbroken warm streak that started in 2015.

It found that last year was the fifth warmest on record globally, marginally warmer than 2015 and 2018. Accurate measurements go back to the mid-19th century.

The annual average temperature was 1.1 to 1.2 degrees Celsius (around 2 degrees Fahrenheit) above preindustrial levels, measured between 1850 and 1900, C3S said.

That was despite the cooling effect of the natural La Nina weather phenomenon.

Overall, the monitoring service found the last seven years "have been the warmest years on record by a clear margin."

"2021 was yet another year of extreme temperatures with the hottest summer in Europe, heat waves in the Mediterranean, not to mention the unprecedented high temperatures in North America," said C3S Director Carlo Buontempo.

"These events are a stark reminder of the need to change our ways, take decisive and effective steps toward a sustainable society and work towards reducing net carbon emissions."

The C3S also monitored atmospheric concentrations of the planet-warming gases carbon dioxide and methane, finding that both had increased with no sign of a slowdown.

Methane particularly has gone up "very substantially," to an annual record of about 1,876 parts per billion (ppb).

Growth rates for 2020 and 2021 were 14.6 ppb per year and 16.3 ppb per year, respectively. That is more than double the average annual growth rate seen over the previous 17 years.

But an array of human-caused and natural sources made it hard to pinpoint why there had been such a strong increase in recent years, C3S said.

Methane (CH4) is the gas most responsible for global warming after carbon dioxide. While more short-lived in the atmosphere, it is many times more potent than carbon dioxide.

Natural sources include wetlands, while human-induced sources are leaks from natural gas and oil production, coal mining and landfills, as well as rice paddies, livestock and manure handling.

Reducing the amount of methane seeping into the air would quickly translate into a slowdown of rising temperatures and help close the so-called emissions gap between the Paris Agreement target of a 1.5 degrees Celsius cap on warming and the 2.7 degrees Celsius we are heading for even if all nations honor their carbon-cutting promises.

That has spurred interest from policymakers keen to find the quickest ways to wrestle down emissions.

At the U.N. Climate Change Conference, also known as COP26, last year, around a hundred nations joined an initiative to cut methane emissions by at least 30% this decade. Noticeably absent was China.

The oil and gas industry has the biggest potential for rapid reductions, especially through the detection and repair of gas leaks during production and transport.

While global warming may seem gradual, its impact on extreme events is "dramatic," said Rowan Sutton, of Britain's National Centre for Atmospheric Science at Reading University.

"We should see the record-breaking 2021 events, such as the heat wave in Canada and floods in Germany, as a punch in the face to make politicians and the public alike wake up to the urgency of the climate emergency," he told the Science Media Centre.

"Moreover, the continued increases in greenhouse gas concentrations in the atmosphere screams out that the underlying causes have yet to be addressed."