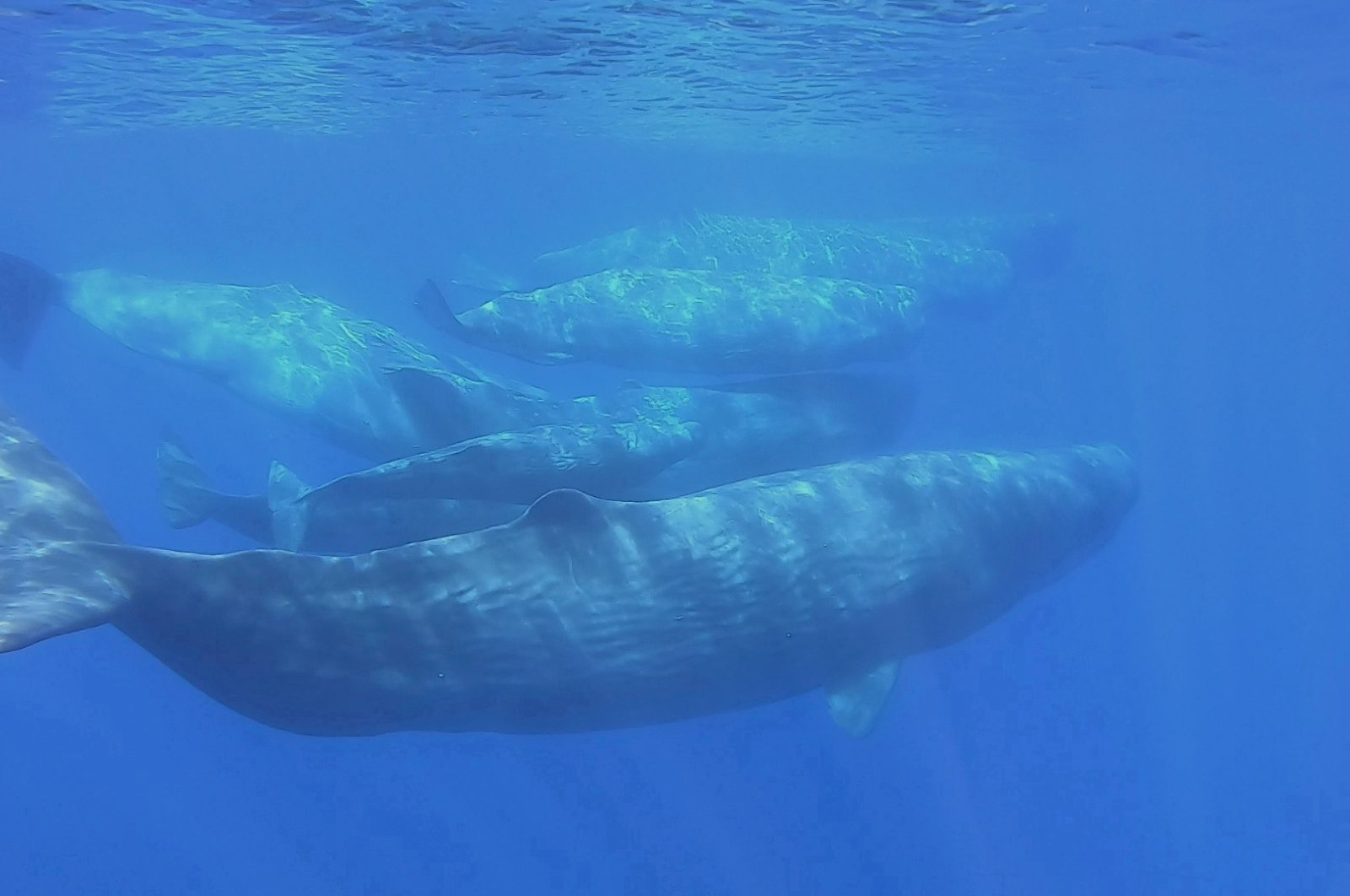 A pod of sperm whales are seen swimming off the Sicilian coast of Milazzo as the Italian Coast Guard carry out a study on the health of Italy's seas and improvements to marine life due to a lack of human activities during the coronavirus disease (COVID-19) lockdown, in this still picture taken from video, June 29, 2020. (Carmelo Isgro - MuMa Museo del Mare di Milazzo / Handout via Reuters - File Photo)
by DAILY SABAH Jun 02, 2021 11:59 pm
RECOMMENDED

The lives of 35 fishermen from war-torn Yemen have been changed with the discovery of ambergris, also known as "whale vomit," in the carcass of a sperm whale floating in the Gulf of Aden, Newsweek reported late Wednesday.

The find is said to be worth more than $1.5 million, BBC News also reported.

Ambergris is produced in the intestines of whales and is a waxy substance with a rock-like appearance. The substance is found in only 5% of all whale carcasses. The substance can be found inside whales, floating in the sea or washed up on beaches and is said to have numerous beneficial properties, being used in medicines, perfumes and aphrodisiacs.

Nowadays the substance has been replaced with synthetic alternatives.

One of the lucky fishermen said, "If you find whale ambergris it's a treasure," reported BBC News.

"As soon as we got close to it, there was this strong smell, and we had the feeling that this whale had something," the fisherman said. "We decided to hook the whale in, take it to the shore and to cut into it to see what was inside its belly. And yes, it was ambergris. The smell wasn't very nice but (it was worth) lots of money," said the man.

The fishermen were able to sell the ambergris for $1.5 million and have been able to lift themselves out of poverty, with the men equally dividing up the proceeds among themselves, with the people who helped them and people in need in their villages.

The men bought houses, cars, boats and one fisherman also said he will use the money for marriage.

Despite their windfall, they continue fishing, Newsweek also said in the report.