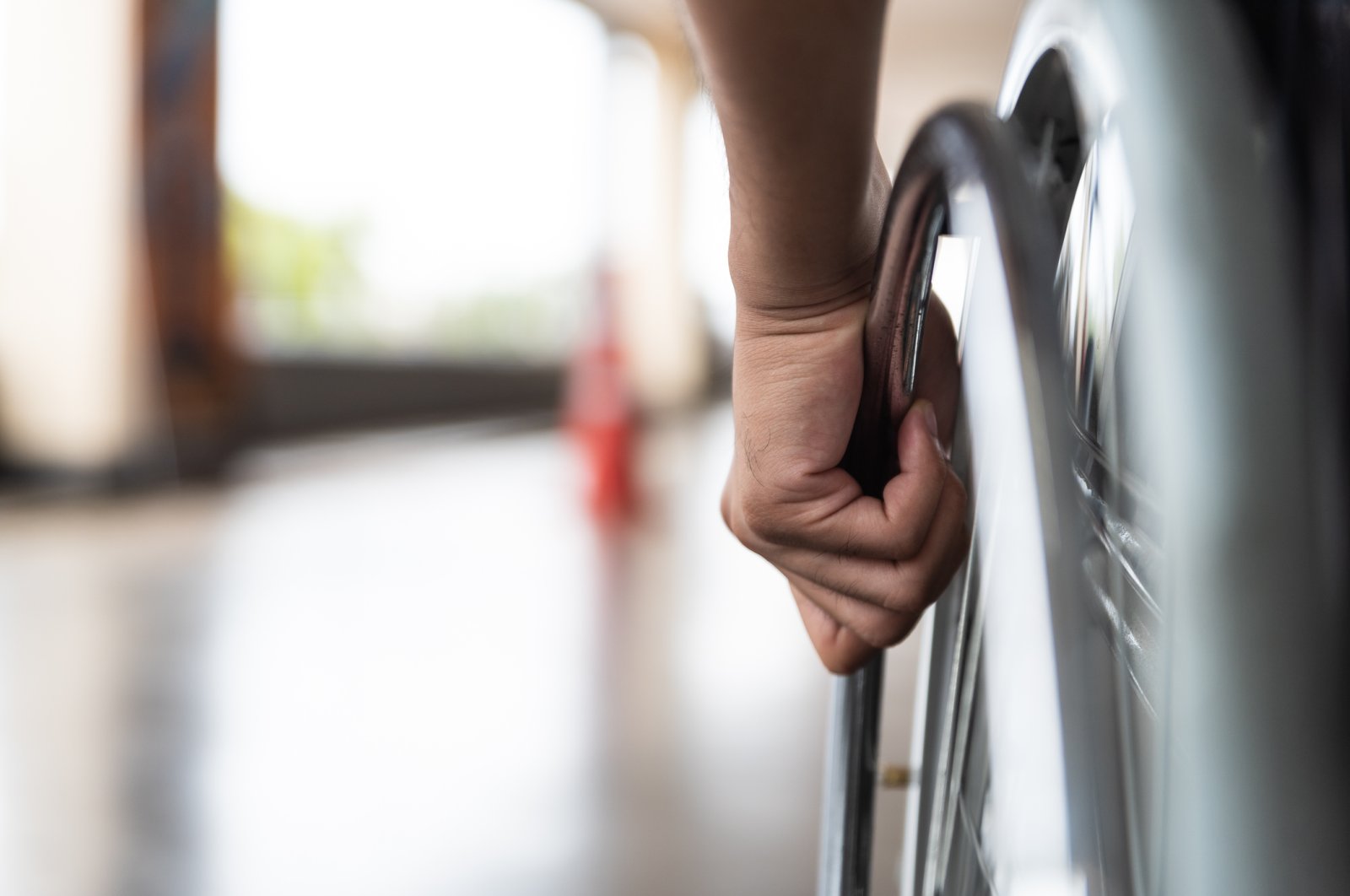 The app serves as great motivation for people to stay physically active by turning their steps into donations. (iStock Photo)
by Daily Sabah with AA Mar 15, 2020 12:23 pm
RECOMMENDED

A health app is changing the lives of countless disabled people across Turkey by converting steps taken by users into donations for those in need.

HelpSteps, a newly-developed Turkish app, recently organized a donation campaign for Tuğba Özer, a Turkish girl born with a rare disease called Arthrogryposis Multiplex Congenita (AMC), a type of muscular disease. Özer has been receiving physiotherapy since the day she was born. AMC, which refers to the development of multiple joint contractures affecting two or more areas of the body, is a disease observed in one out of every 3,000 to 5,000 live births.

As part of the fundraising campaign, the app has managed to rack up a total of 1 billion steps to help buy an electric wheelchair for the wheelchair-bound 16-year-old.

"Tuğba used to use a manual wheelchair and was dependent on her caretaker," her mother Dudu Özer told Anadolu Agency. "She has become more independent, social and outgoing ever since she received her new electric wheelchair. Now, she is so happy, calling the wheelchair her car and spending more time outdoors with her friends," Dudu said, adding that her daughter had also become more motivated to go to school. Tuğba is currently enrolled at a high school in the Turkish capital, Ankara.

Dudu said she was hopeful that people would walk more so that the donations could continue to be raised: "You can walk for the sake of your own health while helping someone else without directly donating any money, just by the steps you clock up on the app during the day," she added.

The World Health Organization (WHO) suggests people take a minimum of 10,000 steps per day "to increase physical activity among able adults."

Although technology is often accused of making people inactive and lazy, apps like HelpSteps can motivate people to stay physically active while helping the dreams of those in need come true.

Gözde Venedik, the app's project official, said the app was available freely thanks to in-app advertising and can be downloaded on iOS and Android devices. However, users need to turn their steps into "help-steps" before midnight by watching a short ad, she said, explaining that the company gets ad revenue from Google enough "to be able to fund the application and transform users' steps into money." So far, almost 80 million steps are taken daily by over 80,000 users, she added.

Venedik noted that Tuğba had set an example for other people in need and that now, many other disabled people, encouraged by her case, are looking forward to taking part in the app campaign.

Another young girl, Umay Ela Özcan, is now also in dire need of an electric wheelchair, Venedik said, adding that the app also collected donations for various NGOs, as well as for the Turkish Red Crescent.

"So far, we have bought an electric wheelchair and helped three charities. We also share the invoices from donations on social media to keep people informed," she added.

The application is currently only available in Turkish, but the developers are planning to launch in multiple languages in the coming days.