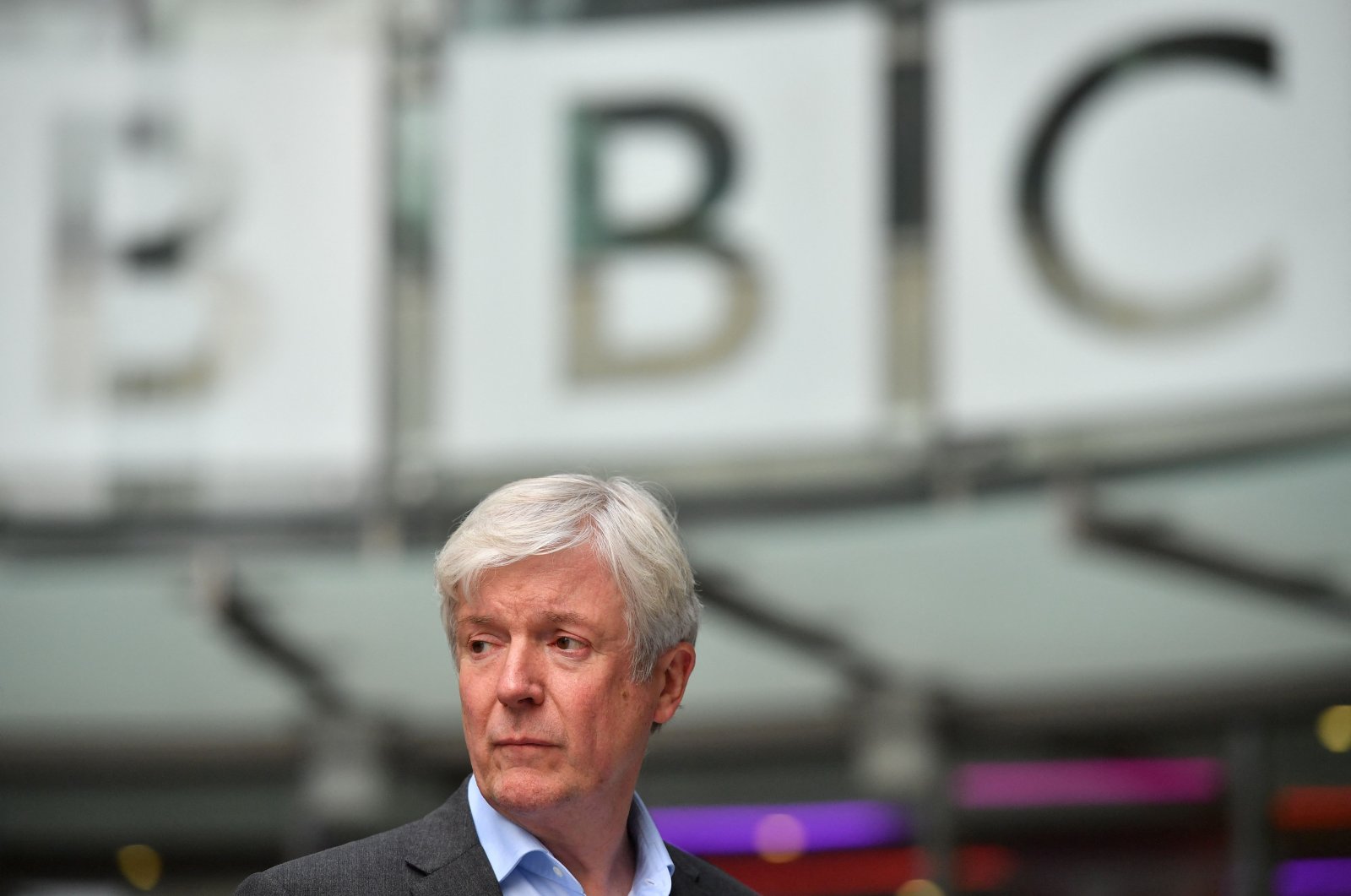 Director-General of the BBC Tony Hall is seen waiting to greet Britain's Prince William, Duke of Cambridge, and Britain's Catherine, Duchess of Cambridge, as the royal couple visit BBC Broadcasting House in London, to view the work the broadcaster is doing as a member of The Duke's Taskforce on the Prevention of Cyberbullying, London, U.K., Nov.15, 2018. (AFP Photo)
by French Press Agency - AFP May 22, 2021 5:43 pm
RECOMMENDED

Journalist Bashir tricked Diana into giving a 1995 BBC television interview in which she lifted the lid on her troubled marriage to Prince Charles, an independent investigation concluded Thursday.

Hall, who had led an earlier investigation into the interview and was later named head of the BBC, said he had "today resigned as Chair of the National Gallery."

"As I said two days ago, I am very sorry for the events of 25 years ago and I believe leadership means taking responsibility," he said in a statement released by the world-renowned London gallery.

"I have always had a strong sense of public service and it is clear my continuing in the role would be a distraction to an institution I care deeply about."

Retired senior judge John Dyson said Bashir commissioned faked bank statements that falsely suggested some of Diana's closest aides were being paid by the security services to keep tabs on her.

Bashir then showed them to Diana's brother Charles Spencer, in a successful bid to convince him to arrange a meeting between himself and Diana and earn her trust.

Questions have long been asked about how Bashir convinced Diana to talk on the BBC's flagship "Panorama" program in November 1995, which was watched by a record 22.8 million people and won a string of television awards.

In it, she famously said "there were three people" in her marriage – her, Charles and his long-time mistress and now wife, Camilla Parker-Bowles – and also admitted adultery.

Bashir, now 58, was little-known at the time of the interview but went on to have a high-profile career on U.S. television networks, and interviewed stars such as Michael Jackson.

He returned to work for the corporation as religion editor until he stepped down last week, citing ill health, just hours before Dyson's report was submitted to BBC bosses.

A 1996 internal inquiry by Hall cleared Bashir of wrong-doing, but Dyson called that probe "flawed and woefully ineffective."

In particular, it did not ask Diana's brother, Charles Spencer, for his version of events, Dyson said, lambasting it for failing to scrutinize Bashir's actions properly.

"If they had been able to test Mr. Bashir's account by asking him to comment on Earl Spencer's detailed account, it is very unlikely that they would have believed him and concluded that he was an 'honest and an honorable man,'" he wrote.

Hall admitted that the probe "fell well short of what was required," and said he was "wrong to give Martin Bashir the benefit of the doubt."

Diana's son Prince William said the interview had made "a major contribution" to the demise of his parents' relationship, while the BBC's "woeful incompetence" in uncovering the truth had "contributed significantly to her fear, paranoia and isolation" in her final years.

Diana died in a high-speed car crash while being chased by paparazzi photographers in 1997.

Hall took charge of the BBC in 2013 and stepped down last year.