Fall Guys: Best, nonviolent, crazy game to not lose it during the COVID-19 pandemic 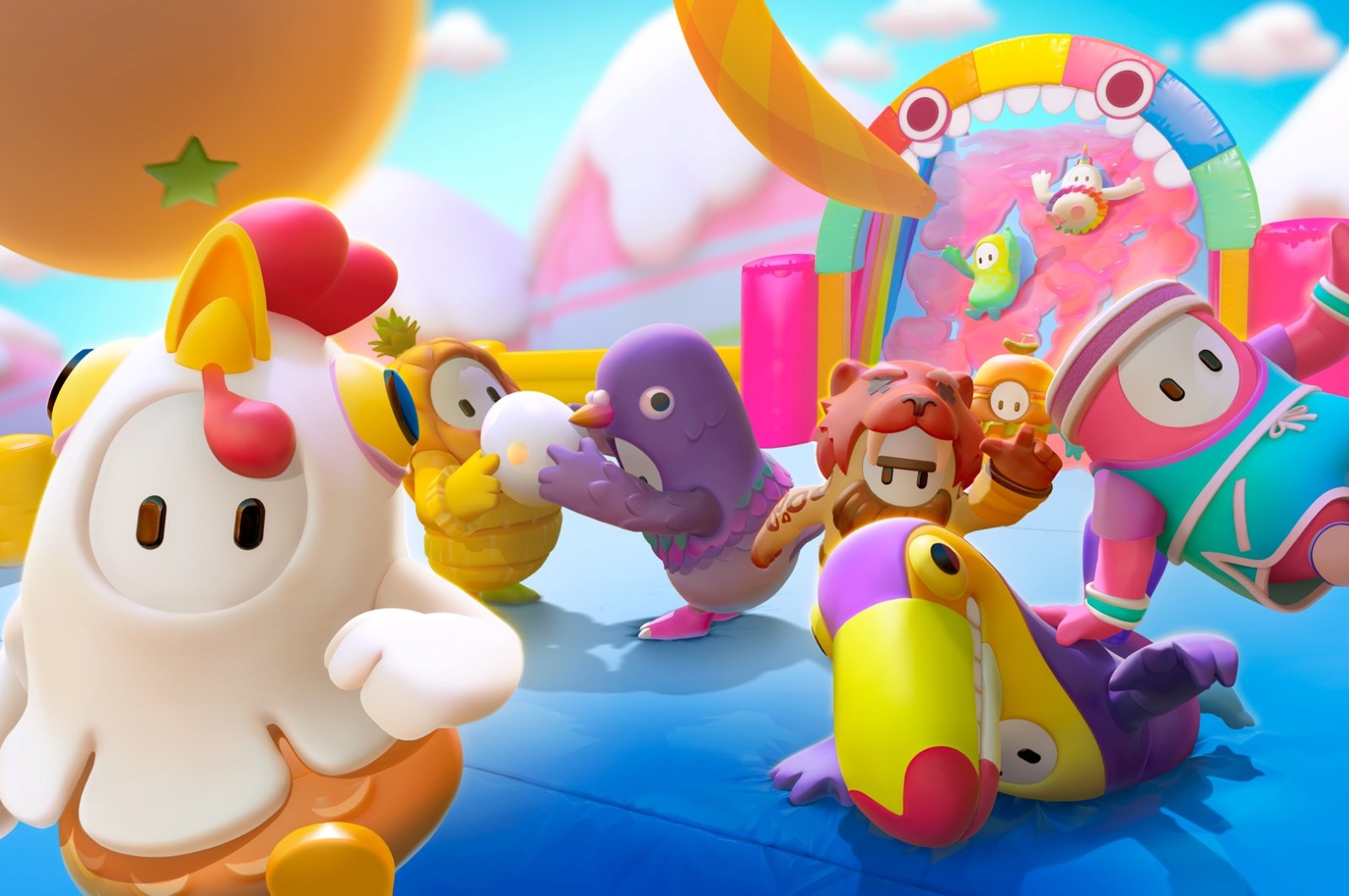 Characters from the Fall Guys title from Tonic Games are seen in this handout picture, Aug. 26, 2020. (Fall Guys - Mediatonic/Handout via REUTERS)
by Emre Başaran Sep 14, 2020 10:35 am
Edited By Sinan Öztürk

The coronavirus pandemic continues to confine most of us to our homes. Our decisions during such stressful times may not always make sense, like my recent fascination with this frantic game

After countless hours spent playing Call of Duty, Overwatch, Fortnite or some other wildly popular online game, sometimes you just want to rest, play a simple, casual game before heading back into hardcore territory.

But if you are the overly ambitious type and still want a game that savors that competitive edge, without the mental stress of preserving your ranking and going up, you'll love this game.

I’m talking about Fall Guys: Ultimate Knockout, the free-for-all multiplayer from British developer Mediatonic and Devolver Digital, which is making the rounds nowadays for its silly addictiveness, fun graphics, incredibly fun and irritating gameplay and mechanics.

Why am I playing this?

The first phase of acceptance strikes you with this very thought: You are going on a cruise to question your existence, wondering why you are sitting in a gaming chair worth hundreds of dollars to play some silly game that looks overly childish with its pastel colors and 60 shapeless, quirky-looking and vaguely human characters.

But still, you won’t be able to let go of the urge to continue playing.

You first start out in an elimination phase in the game, where you control your character as you tackle obstacles of collapsing floors and steep ramps and race to the finish. Before you embark on your path to victory, you'll have to prove your worth by being “qualified.”

The stages you have to pass can be categorized into four: racing levels, survival levels, team-based levels and the great finale.

You will start off with the most basic ones, namely the racing levels. From Dizzy Heights to Slime Climb, those incredibly fun courses get you warmed up to give you a better understanding of the mechanics of the game.

If you can qualify for the next rounds, you will face much harder levels. In the survival levels, which vary from the Block Party to Tail Tag, your only goal will be to stay alive. You will jump between platforms, avoid incoming walls, use your memory to solve puzzles and do whatever else you can to advance to the next round.

In the team-based rounds, however, you will feel a little bit relieved as you’re fighting for a team, and your teammates are fighting for you too. This collaborative feature is not only a breath of fresh air but helps it stand out from all those battle royale games when everyone is pitted against each other. In many different levels varying from Egg Scramble to Jinx, you will fight as a team, and the losing team will be eliminated as a whole.

And the great finale ... let's just say is not for the fainthearted.

This game may sound, look and feel silly, but those courses beg to differ. You have to be really, really good at understanding the core mechanics and the logic of playing this game to be crowned a winner. From Fall Mountain to Royal Fumble, you will try your absolute best to win. And if you do so, you will be gifted a crown, which you can use to purchase cosmetics and skins for your character.

Most of us gamers are familiar with platformers. They tend to be the very first games that introduce us to the world of gaming.

Take Crash Bandicoot, for example, I can easily say that was millions of children’s first introduction to gaming in the '90s.

Fall Guys is a platformer, too. It speaks to the child we have inside. When you jump over other people, wait for doors to open, try to avoid incoming walls, evade giant balls from rolling you over and all of those other ridiculous and funny obstacles, you cannot help but laugh during the entire time you play this competitive game.

In the ever-tense atmosphere of other esports games, the communities of which tend to be quite toxic and cutthroat, Fall Guys: Ultimate Knockout offers us the chance to have a little laugh, at our own misfortune or others, while we try to beat other people online. It's a game that fills that void you have inside but beware if you are easily annoyed.