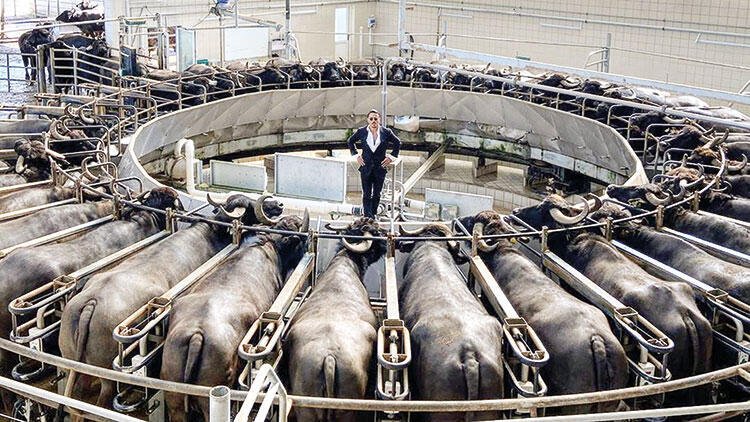 Turkish chef Nusret Gökçe, better known as “Salt Bae,” has come under fire for alleged animal cruelty after posting a photo of himself in the middle of a rotary milking parlor.

Gökçe, who owns the famous steakhouse chain Nusr-Et, posted the photo on his Instagram account Sunday, with a caption reading “A very important meeting.”

While it gained over a million likes, thousands of users criticized the Turkish chef for his post, urging him to take it down.

“I eat meat, but this picture makes me really sad for the lives of those animals!” one user said, while others expressed they were disturbed to see the photo and would unfollow him.

Rotary milking parlors, which resemble merry-go-rounds, are frequently used in the dairy industry for quickly pumping the milk from large herds.

Nusr-Et gained popularity in 2017 after its chef Nusret Gökçe introduced a sensational flair and flourish gesture while salting the steak he served. Gökçe opened the first Nusr-Et in Istanbul in 2010.

Since Gökçe gained popularity online in 2018, Nusr-Et has expanded, opening restaurants in Miami and Manhattan alongside outlets in Mykonos, Dubai, Abu Dhabi and Doha.